In the last week of November, multiple media outlets covered how Chicago’s horse carriage companies are violating both Chicago’s Ordinance and the Illinois Humane Care for Animals Act by overworking carriage horses. The Chicago Alliance for Animals (CAA) had documented some horses that were forced to work longer than twelve hours, which is more than double the amount of time Chicago’s law allows. Rule 1.7 regarding Chicago’s horse carriages states: “No horse may be worked more than six hours in any twenty-four hour period.”

However, after the city confirmed that horses are considered to be working whether standing or pulling a carriage, CAA once again caught drivers flagrantly working horses over the legal limit again the next weekend. We saw horses still on the street as late as 12:36 am on Saturday night and then many of those same horses were working again on Sunday afternoon, violating the twenty-four hour law. In addition, those same horses were then worked past 10 pm Sunday night, likely working another ten, eleven, or twelve hours. 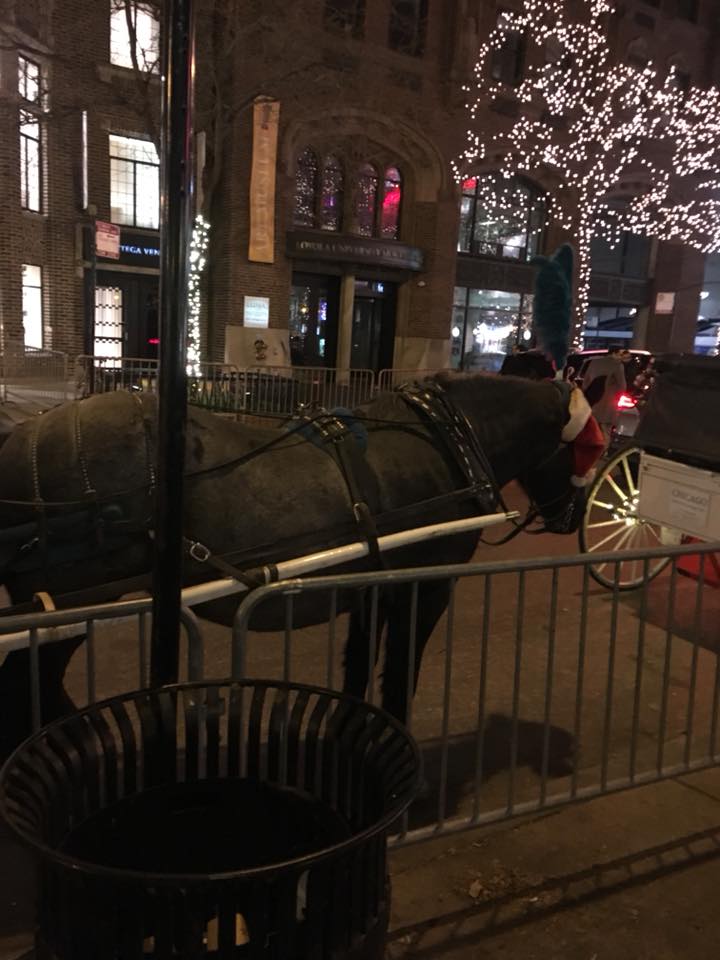 A carriage horse unwillingly works late in the night

We’ve documented the overworking and numerous other violations for nearly a year now. On August 12, when we documented horses working more than twelve hours, we called the police and requested Animal Care and Control. No one showed up after two phone calls, which clearly shows neither the city, the police nor the city’s humane organization cares about these animals. 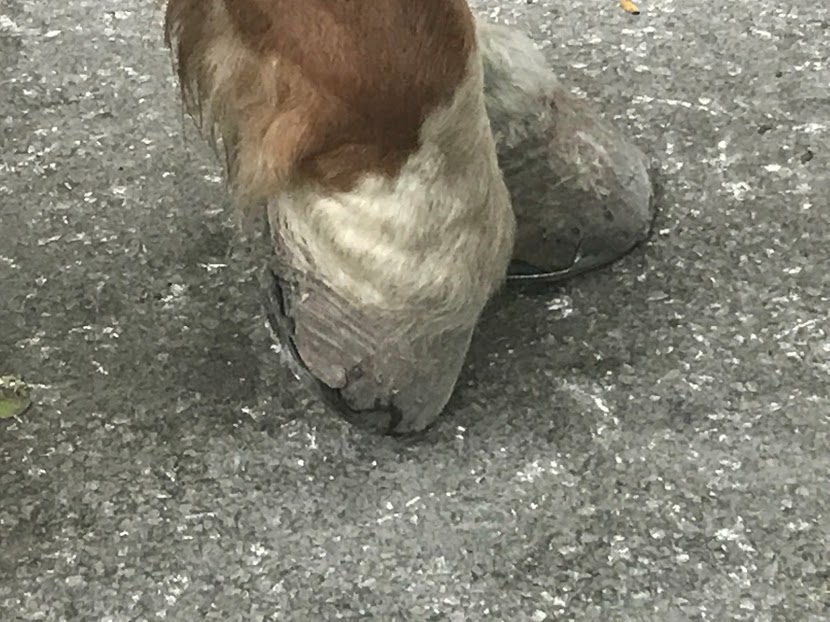 “Chicago’s Department of Business Affairs and Consumer Protection (BACP) has no tolerance for businesses that abuse the privilege of doing business in Chicago by ignoring the law. The city enforces the laws that govern horse-drawn carriages, and that enforcement has resulted in hundreds of violations being issued to the three companies licensed in Chicago,” the department said in a statement. Yet, Joseph Sneed, Supervisor of Investigations with BACP had told me, “We don’t work the weekends. We are complaint driven.” After issuing only three citations in 2015 totaling only $100, none in 2016, and $8,500 worth this year (when we started documenting violations), it is clear that BACP is only reactionary. Instead of enforcing the law, BACP only issues fines after CAA volunteers spend hundreds of hours of our own time documenting the companies breaking the law and doing their work for them.

After uncovering the horse carriage drivers’ blatant disregard of the law at the end of November, CAA urged BACP not to renew the companies’ licenses, but that was unsuccessful. Obviously, as long as these companies pay their thousands of dollars in penalties, they can continue to abuse animals in Chicago. Like any other business in Chicago, if they can’t follow the laws put in place, which were created with the input of veterinarians and horse experts, their licenses should be revoked.

Of course, in addition to the lack of animal welfare, carriage rides are a real danger to the public and a traffic nuisance. We know of at least four accidents in Chicago since 2014 including one where the carriage driver and four children had to be rushed to the hospital. Keep in mind, car seats and seat belts are not required, or even available, in carriages.

The following tragedies occurred in just the last six months:

November 21, 2017 – Jakarta, Indonesia
Third carriage horse collapses in a month and dies on the street 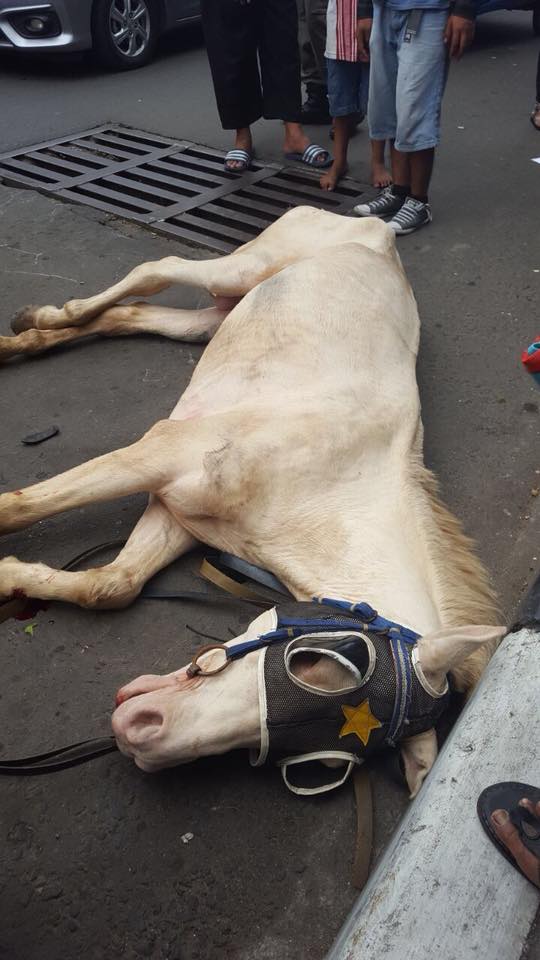 October 29, 2017 – Sheridan, MI
Three children were killed and six other people were critically injured after a driver in a pickup truck slammed into a horse-drawn carriage.

September 8, 2017 – Sicily, Italy
Horse collapses from exhaustion while carrying newlyweds up a hill. 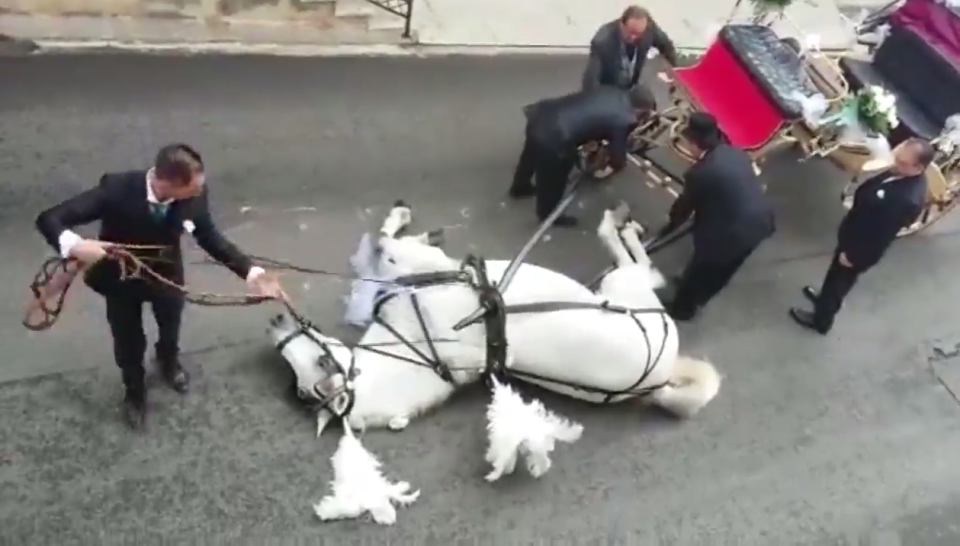 Horse in Italy collapsed and died

September 4, 2017 – Montreal, CAN
Cocotte, an old mare collapsed on the street.

September 1, 2017 – Memphis, TN
Junior, a young horse collapsed and died on the street.

July 29, 2017 – St. Louis, MO
“We’d seen the carriage veering in the wrong lane and as it veered, we saw one of the passengers jump out of it with a baby. That’s when he saw the horse take off running with a little girl still in the carriage.”

June 13, 2017 – Charleston, SC
Driver of the carriage was injured after being thrown from his seat.

Then, just less than a year ago, this horrific accident happened:

December 21, 2016 – St. Louis, MO
Cash, the horse, got spooked, dashed off, and drowned in the frigid waters of the Missouri River, while still attached to his carriage.

Imagine if a child had been in this carriage. There are so many more accidents not listed here. In fact, horse carriage accidents are so common; it’s not a matter of if, but a matter of when.

What We Can Do!

We often hear horse carriage drivers claim how much they love their horses and how they consider their horses family. Yet, multiple times, we have witnessed drivers work their horses when it’s been 90 degrees and higher (including lying to the police regarding the official temperature reading), throw lit cigarettes at their feet, use their whip excessively, not provide water, and when they do, we’ve seen drivers wash their hands in the drinking water. And again, they overwork them on a regular basis. I don’t know anyone who would do those things to family members. Antique Coach & Carriage Co.’s website states their horses live on a farm, yet we know the drivers take them back to small, dark stables in a run-down, graffiti-stained building in the middle of the city. We are very concerned about the conditions of these stables, as we know other cities have had an abundance of animal welfare and building code violations from ordered inspections. They seem to care much more about tips than the animals whom they profit off of.

10,430 people have signed our online Change.org petition, more than 1,000 people from all over the world have signed our petition in person at our monthly educational outreach events, and at least twenty businesses and one state senator have endorsed our campaign. Mayor Emanuel and Chicago’s aldermen, please listen to the voice of the people!