NYC Horse Carriages Finally On Their Way Out! 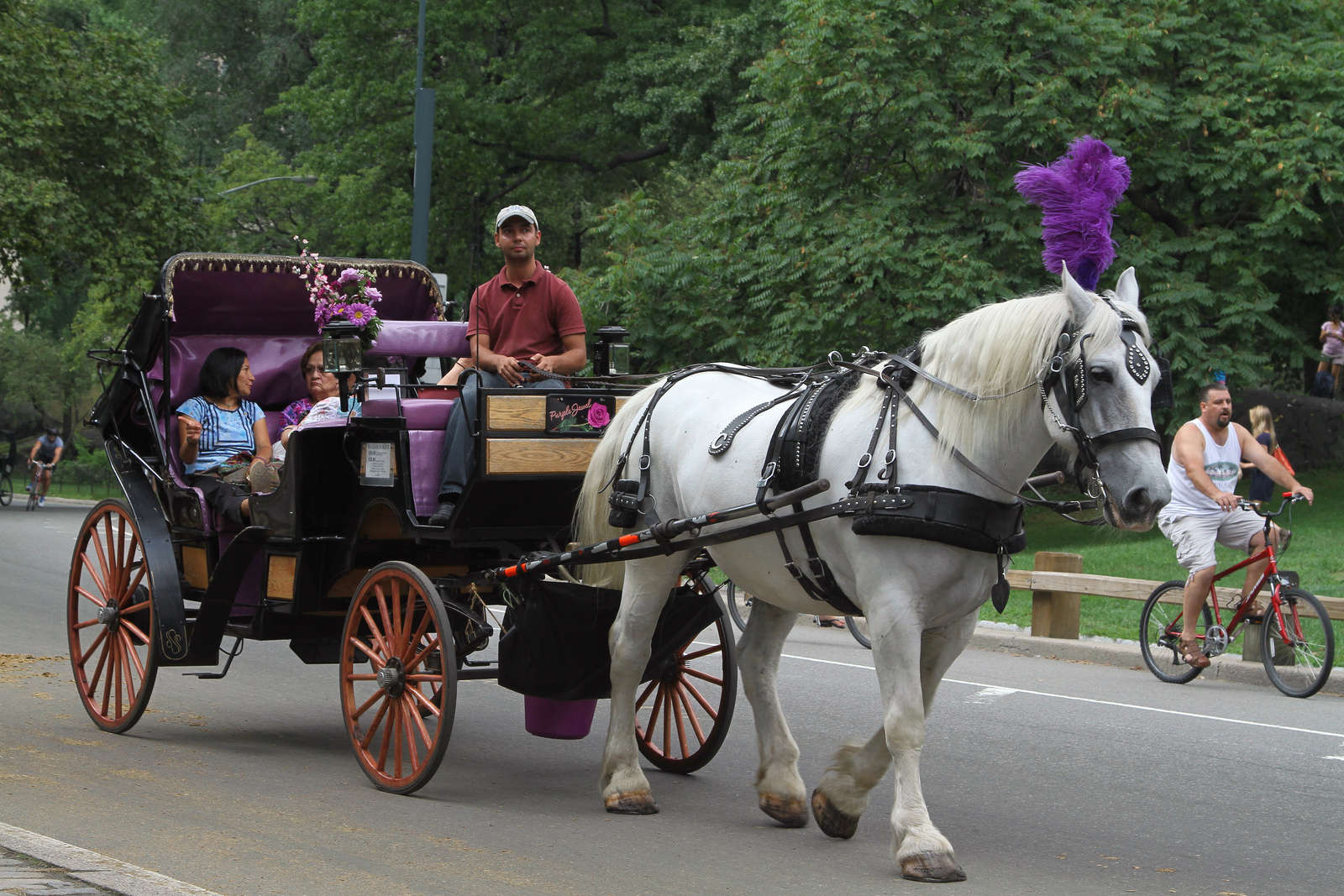 Amazing news, Green Monsters! New York’s carriage horses will no longer have to endure hours of trudging through noisy, polluted streets, because Mayor elect Bill de Blasio has just formally announced his plans to end the horse carriage trade once he takes office in 2014. The carriages look set to be replaced by “Great-Gatsby” style electronic vehicles, designed by Jason Wenig of the Creative Workshop in Florida.

Some groups have expressed their concern that the effort to save the carriage horses may end in their slaughter instead. Karen Waite, an equine extension specialist at Michigan State University, says, “We do not have enough rescue space in the country for the horses we have now. To add another 200 to an already overburdened situation is not a good thing. It’s distressing, actually.”

It is true that over 100,000 U.S. horses are transported to slaughterhouses in Canada and Mexico every year because rescue organizations are unable to meet their needs, but this distressing situation has been caused entirely by human exploitation of these majestic creatures.

According to NY’s Daily News, many tourists are up in arms about the end of the horse carriage industry, and are rushing to “enjoy (a last carriage ride) before they go away forever.” But the end of the industry will hopefully cause many of these people to ask the pertinent question: why should we assume that horses were put on this Earth to do whatever we want them to do? Why do we imagine that these animals do not have rights of their own?

Carriage driver Thomas Hennessy claims that his horse Billy Bob is well loved and cared for, and says, “This is my career. I won’t go out without a fight … I don’t know what else I would do if I can’t work doing this anymore.”

While Hennessy and his colleagues may indeed have formed a bond with their animals, and genuinely wish to treat them well, the fact remains that forcing them to work on congested NYC streets amid hordes of people is preventing them from living out a natural existence.

Luckily, NYCLASS (New Yorkers for Clean, Livable and Safe Streets) have strongly committed themselves to ensuring that all former carriage horses will be provided for.

She is optimistic that the horses will be successfully rehomed: “It’s very hard to find a home for a pit bull but when something like a golden retriever is up for adoption everybody grabs for it. Well, unfortunately, there are folks who don’t necessarily want to take any old horse but they do want to adopt a New York City carriage horse.”

The organization has already raised almost $26,000 out of its $30,000 goal, so if you want to donate and help them get there, you can do so via this link!