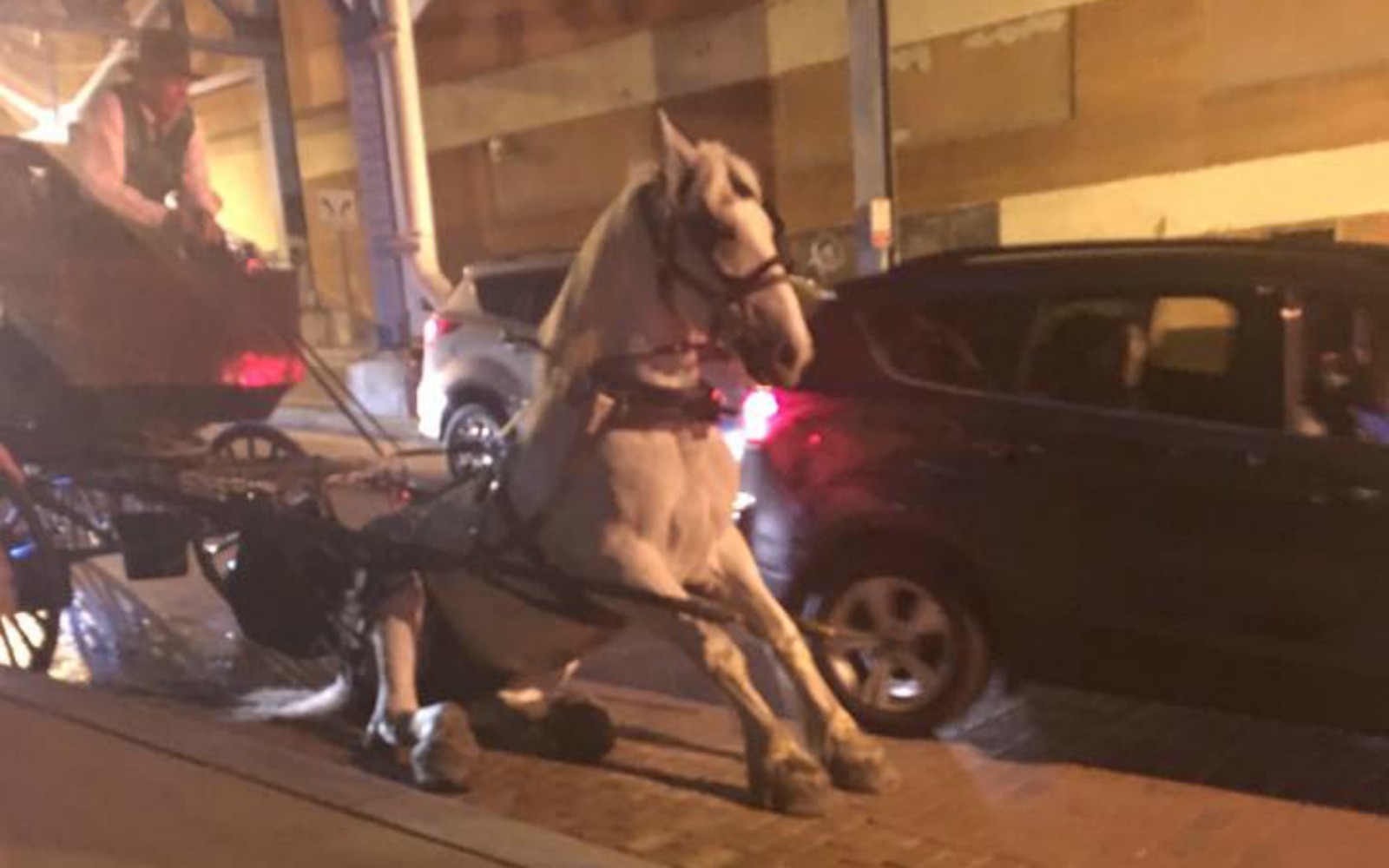 Well, it’s happened again. An injured horse who used to pull a carriage in downtown Cleveland recently collapsed onto the ground and the photos have sparked Internet outrage. The original photos were posted on Facebook by Evie Grabski, where she details how the horse, from Shamrock Carriage Company, was forced to go down a “very steep slippery brick hill with heavy traffic and collapsed, slid and hit a car.”

The horse was so terrified he peed himself. Evie notes, “He was clearly terrified because he kept peeing everywhere and was so exhausted he was not able to stand and yet the carriage driver was trying to get him down the hill and to keep going instead of pull him off to the side of the road to avoid being hit by a car like many horses being used for this do.” 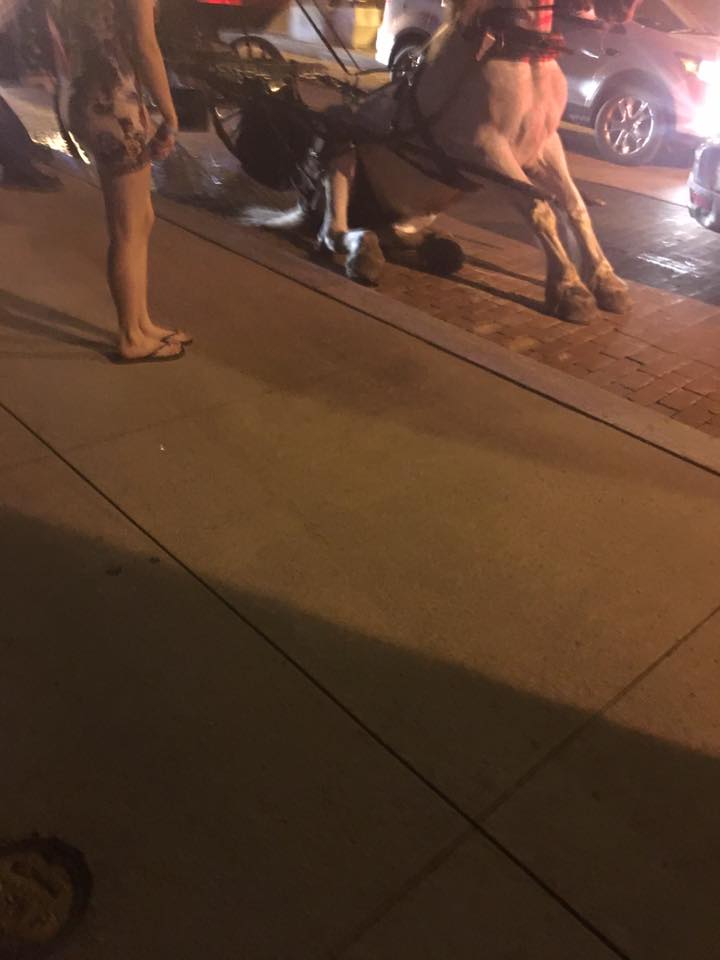 Along with the help of a couple other bystanders, Evie was able to take the carriage off of the scared horse in order to try to calm him down because the owner didn’t completely unlatch the horse from the carriage. The horse, understandably spooked, tried to run away, not knowing he was still attached. 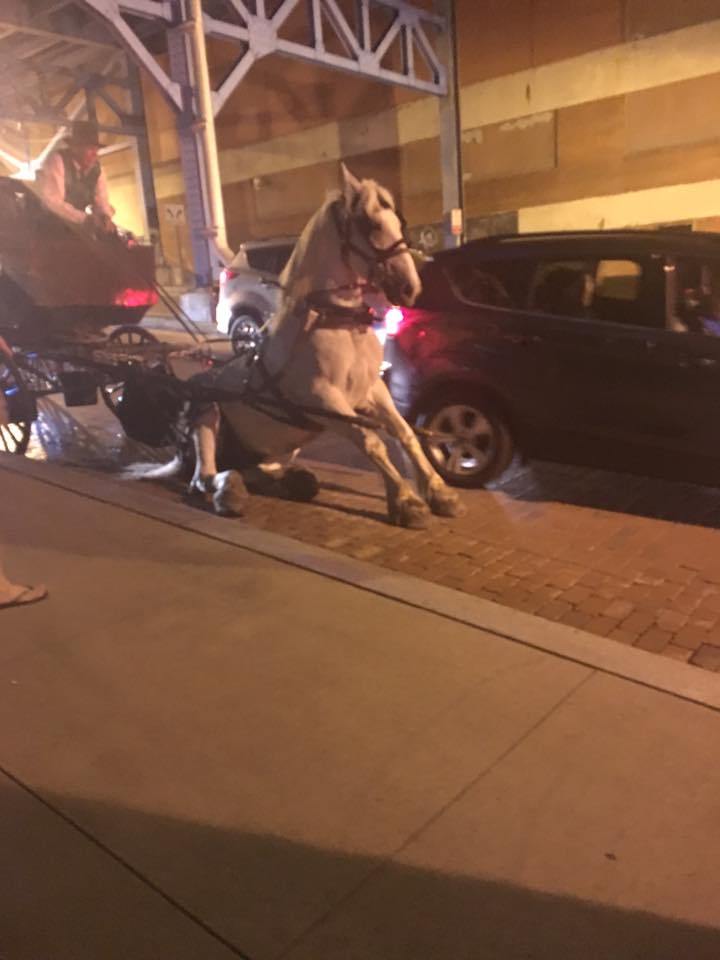 The horse ran into the steep street where he collapsed on his side. Evie and the other kind bystanders helped move the horse so he wouldn’t get hit by a car, even putting car mats underneath his hooves so he wouldn’t slide on the street. 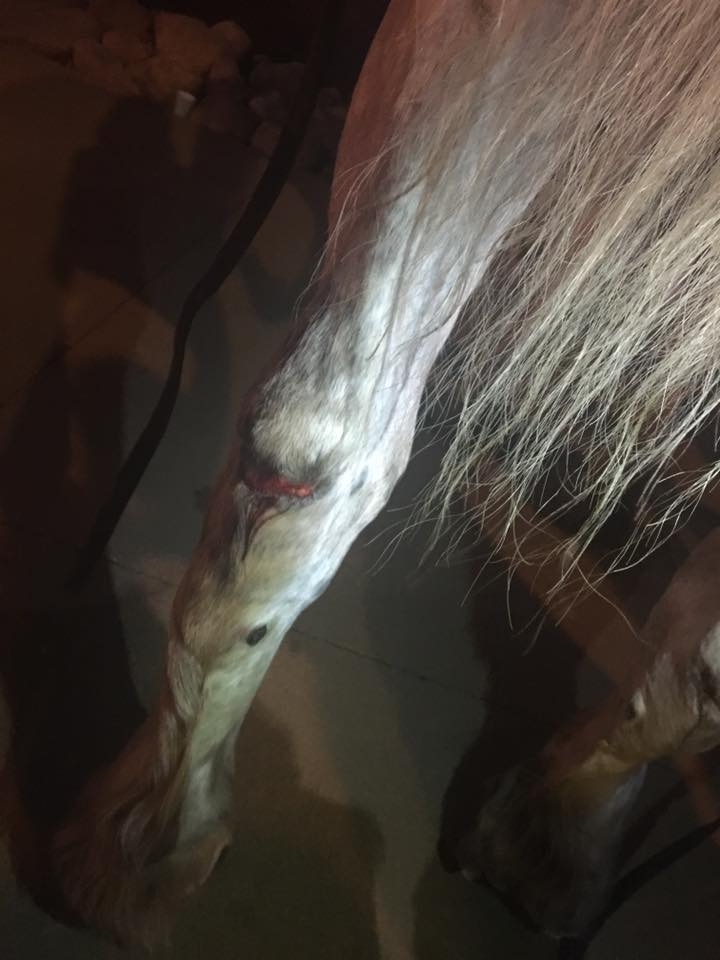 News 5 Cleveland spoke with Shamrock Carriages manager Jimmy Coppola who says a vet has looked at the horse. “The vet told us to give him a couple of days off and he is actually okay to work again. We are actually going to put him out on a farm, but he’ll be okay in 2 days.” 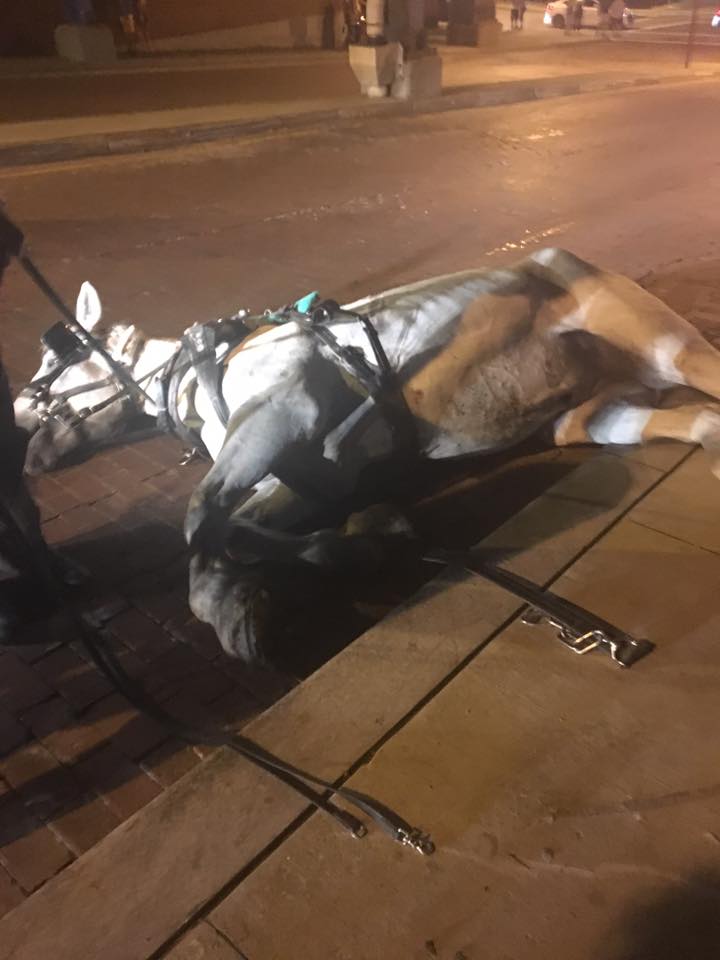 Thankfully, The Cleveland Animal Protective League has launched an investigation into the treatment of the horse. Evie’s Facebook post detailed the horrific incident already has over 12,800 shares and thousands of comments from people who don’t want to see the horse being forced to work anymore and instead insist the horse be retired. The outrage on social media has been so strong by animal lovers that Shamrock Carriage Company was forced to delete all of their social media pages because of the backlash.

And this isn’t an isolated incident by any means. In New York City, many horses have caused accidents or fatally injured themselves after becoming spooked by unexpected incidents or veering out of their intended lane. NYPD records from October 2009 to April 2014, revealed that twenty-five accidents took place during that time frame only, with at least twelve of these being described as “hit-and-run” incidents (in which the driver allegedly fled the scene) by animal welfare groups.

The use of horse-drawn carriages for transport may have been required before the advent of motorized vehicles. However, forcing these animals to work in modern-day cities – where they must contend with damaging exhaust fumes, loud noises, oncoming vehicles, and high temperatures – cannot be regarded as anything more than an unnecessary throwback to a bygone era. A large array of alternative transportation methods are available to present-day urban dwellers – including planet-friendly electric vehicles – so why put these animals through the turmoil of working in an overcrowded city?

For more information on why horse carriage rides are far from romantic, and why you should never buy a ticket to take part in one, check out the articles below. And please share this post with friends and family to help bring awareness to how outdated and cruel horse drawn carriages are!