This Dog May Have Lost His Eyes, but His Heart Just Keeps on Growing

One thing’s quite obvious when you look at a picture of Bear the Pit Bull: He can’t see — at least, not through his eyes. At just one year of age, Bear was hit by a car and wound up at an emergency vet with severe injuries to his face. His guardian at the time was unable to afford treatment, leaving Bear’s fate hanging in the balance. Fortunately, New Jersey-based Rawhide Rescue stepped up to the plate, offering to fund Bear’s medical care if a loving family could take him in. And, luckily for Bear, one worker at that animal hospital saw beyond his disfigured eyes and into his heart. 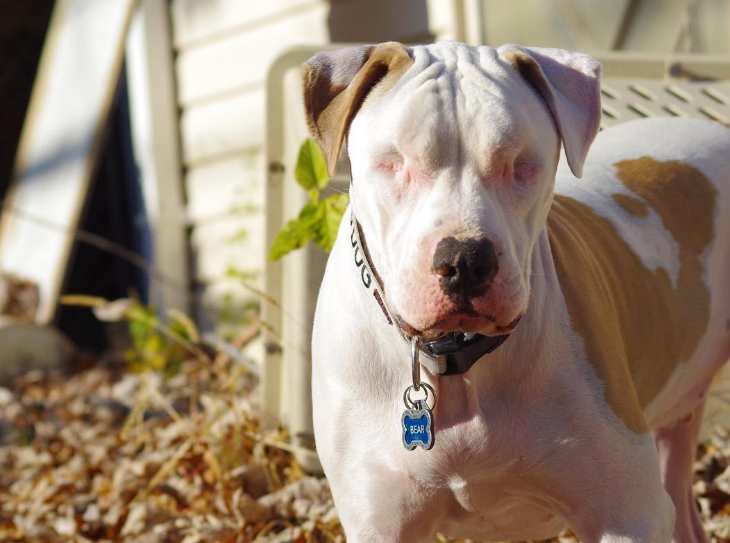 Taking a Chance on Love

When teen Katie Frame, the daughter of that compassionate hospital staffer, first met her new dog pal, she admits that she was a bit nervous about caring for a special-needs animal. And it soon became clear that the damage was so extensive that Bear would need multiple surgeries, which would ultimately leave him eyeless. 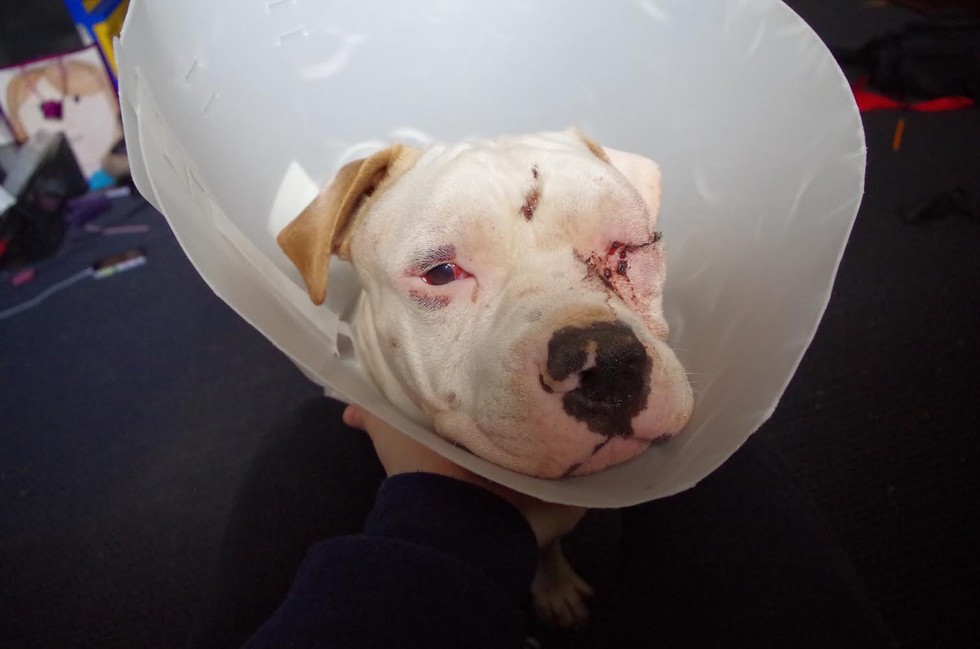 But Katie and her family never turned a blind eye to Bear, who, in those early days, struggled to get around and often bumped into obstacles he couldn’t see. While walking, he pressed his body up against his new family members, afraid to venture too far. Soon, however, Bear learned to “see” his environment in a new light. Katie explains, “He eventually mapped out the house in his head and he gets around easier than I thought he would.”

Katie took to Instagram to share Bear’s journey with the world. There, Bear’s tens of thousands of followers are gifted with photos of him snoozing on the couch and sniffing out the cool autumn breeze. These images are often accompanied by insights into Bear’s daily life and how he has adapted to the world around him without eyesight. 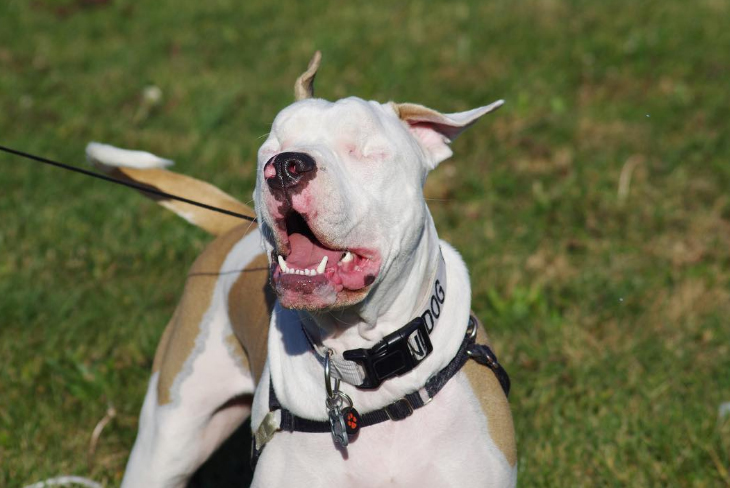 On Instagram, Katie explains that on walks, Bear moves from one side of a path to the other: “He’ll walk to one side and when he feels grass he starts going to the other side. People don’t really realize that a blind dog’s (or any dog’s) sense of touch is important to getting around and understanding the world.”

She’s also shared her plans to try out “nosework” — a mentally and physically stimulating activity in which Bear can use his heightened sense of smell to track down the source of a scent — with her best friend.

Katie hopes that through these snippets and photos, she will show the world that although there may be challenges to life with a special-needs animal, the rewards are boundless. She writes, “Most people see their dogs love through their eyes. I see his love through the beating of his heart … Don’t overlook the disabled pups. They can see and hear better than anyone.”

Perhaps the most remarkable thing about Bear has been his ability to inspire from the moment he walked through the door. Reflecting on her life, Katie admitted that before Bear, she wondered about her direction in life. Once Bear came into the picture, however, she felt filled with purpose. After all, what could be more motivating than a dog who, despite having no eyes, bounds into life each day, ready to navigate the world around him? 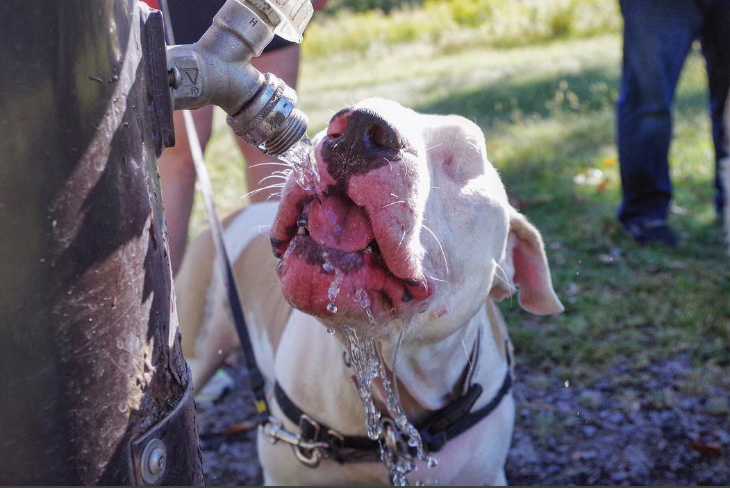 One way Katie has channeled this inspiration is through her “Shelter Dog Sundays” on Instagram, where she shares photos and stories of other dogs in need of loving homes. Even if they can’t adopt a dog or donate to a rescue directly, Katie urges Bear’s followers to spread awareness of dogs in need of adoption. “Just don’t do nothing,” she urges, in reference to the millions of animals seeking homes every year.

About Bear, Katie concludes, “He has taught me that love is not what you see, but what you feel.” And with his enormous heart, maybe he can teach all of us to see beyond the cover and love what’s inside.