Rescued From a Game Farm, Asha the Lioness Finds Peace at Her Sanctuary Home 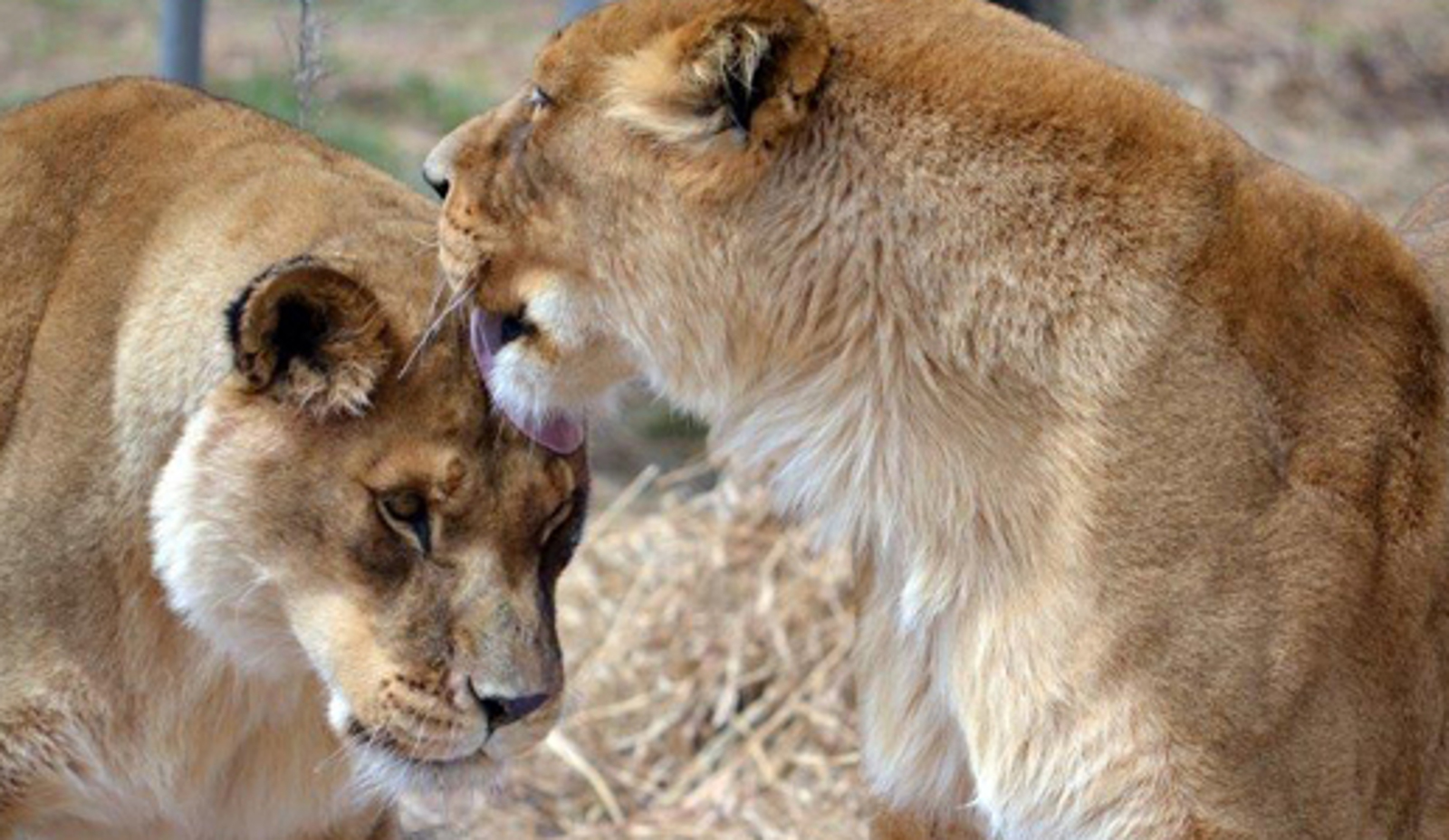 Asha the lioness has always been known for having such a zest for life. Asha was rescued when New York’s Catskill Game Farm closed and began auctioning off their animals to the highest bidder. She spent the next chapter of her life being the lion she always wanted to be. She lived wild at heart with the king of her pride Aslan, and Shanti Deva, content for the rest of her days at The Wildcat Sanctuary.

She was feisty, with a brightness about her that always shined. You would think that, being so assertive with humans, she would be the dominant lion in her pride. Instead, she would take Shanti Deva’s lead on how to approach their daily routine. Enamored with Aslan, she followed him constantly. 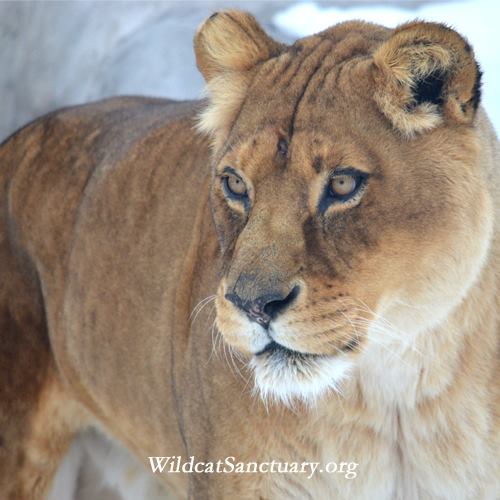 Asha was such a vocal lioness, communicating very clearly what pleased and displeased her. Since she never hid her emotions, we knew exactly what she loved. And how she loved meal time! Belly rolls with Aslan and curling up for a nap with Shanti Deva also topped her list of favorite things in life.

Being so bold and assertive, it was very obvious when things weren’t quite right for Asha. You could see her eyes dim slightly and a calm set over her. Almost a year and a half ago, we knew something was dangerously wrong. Asha underwent emergency surgery for a mass on her liver and slow motility that caused a blockage in her intestines. Amazingly, 14 inches had to be removed from her colon. We breathed such a sigh of relief when Asha recovered fully. She returned to her feisty self, thanks to the love of her pride. Life was good again for them. She would roll with Aslan and chase Shanti Deva as caretakers passed by.

Even though Asha said goodbye to her love Aslan earlier this year, she stayed strong in spirit. She found comfort in Shanti Deva who has always been the calming presence amongst the pride. We took comfort that Asha’s bright zest for life continued, even with his loss. 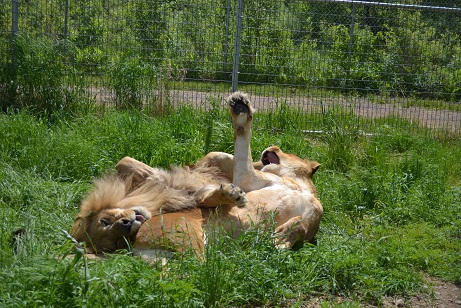 But recently, we saw a little bit of that zest dim. It was different this time. We knew there could be no more emergency surgeries for this 19-year-old lioness. She had bravely conquered all she could. She was a little quiet, slept more than normal and was picky with food. An exam confirmed another mass in her abdomen and depleted red blood cells that were not regenerating. It’s never an easy decision, but we knew that this strong lioness deserved to go bravely before her light faded further. With heavy hearts and tears, we did the most humane and difficult thing we could, we chose not to wake her up from sedation and allowed her to join Aslan. We’re sure Aslan met her with belly rolls and nose nudges. 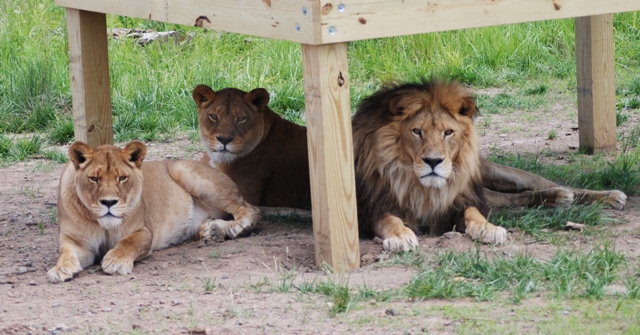 Saying goodbye to her was sudden, but it’s what we had to do. We had to do it for her.

The Pride Goes On

Shanti Deva, the alpha of the pride, still presides over their habitat. She seemed to know it was time for Asha to join Aslan, even before we did. She continues to be calm and social with her caretakers. She remains very active and still loves to roar at her caretakers as they drive by after feeding. It’s hard to get used to her single roar when we’ve been used to the roaring chorus of the entire pride. But her mighty roar is a symbol of how strong she is and that she continues their legacy here at The Wildcat Sanctuary. We will love and pamper her here until it is time for her to rejoin Asha and Aslan as alpha of their pride.