Animal Treatment: Why it Matters for Human Health 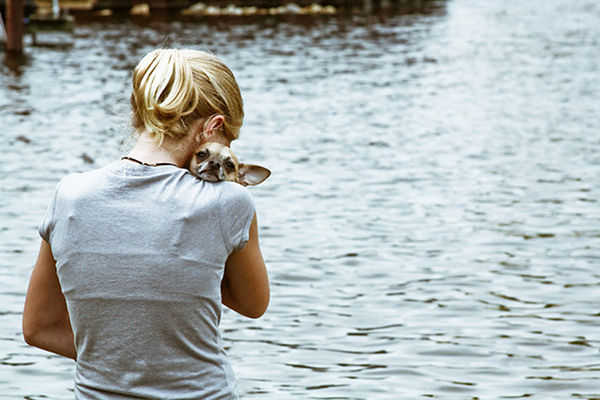 On the occasion of her new book, Animals and Public Health. Why Treating Animals Better is Critical to Human Welfare, I asked author and long-time friend, Dr. Aysha Akhtar, to share her views about this important topic.

Aysha Akhtar, MD, MPH is a neurologist and public health specialist, a Fellow of the Oxford Centre for Animal Ethics, and works for the Office of Counterterrorism and Emerging Threats of the Food and Drug Administration. Dr. Akhtar lives in North Potomac, Maryland, with her husband Patrick and her ornery cat, Silos. The opinions expressed here are solely hers.

Jonathan Balcombe: What is the most important issue at the juncture of animals and healthcare?

Dr. Aysha Akhtar: The most important issue is the juncture between animals and healthcare. We have predominately viewed our health in an evolutionary vacuum—ignoring its connection with the environment, and more specifically, with our relationship with other animals. But this needs to change. Our health is inextricably tied with how we treat animals. It has always been so, but today there is real evidence to show just how many of our greatest public health threats are connected with animal treatment. This includes violence, infectious disease epidemics and pandemics, the human health impact from climate change and environmental disruptions, and obesity and chronic diseases.

JB: What key advice do you offer readers?

AA: The book addresses four main topics: animal agriculture, animal abuse, the wildlife trade and animal experimentation. I draw connections between these issues and human health. At the end of each chapter I offer suggestions on how we can relieve animal suffering and thereby protect our own health.

But there is something simple and profound that each person can do that will have a tremendous, reverberating impact: become a vegetarian, or better yet a vegan. This single step reduces animal suffering, improves our climate, stalls infectious disease epidemics, combats obesity and diabetes, and lowers our risk of cancers and strokes. By choosing one plate of food over another, we can each single-handedly accomplish a great deal. I challenge anyone to name a drug that can do that!

JB: Your book connects the mistreatment of animals with domestic violence. Can you explain?

AA: [Warning: graphic description of animal cruelty in this paragraph.] The best way to explain is by giving an example. In the U.S., there was a report of the arrest of a man who tortured and killed his wife’s kitten because he was upset the kitten had scratched him. The man was described as hitting the kitten repeatedly with his fists, slamming her into a wall, then burying her alive. Throughout the beating, the man forced his wife to watch helplessly. The man was arrested for domestic violence and cruelty to an animal. He had a track record of also assaulting his wife.

This incident is not an isolated one. Animal abuse is one of the most reliable markers of violence toward people, particularly domestic violence and child abuse. It’s not clear if abusing animals makes a person more likely to abuse other people. What is clear, though, is that there is a link between lack of empathy or concern for others’ suffering (whether animals or humans) and a tendency to commit violence. Another pattern that is almost universal is that the abusers tend to target victims, including animals, physically weaker than themselves.

To properly address the roots of violence we must recognize the indivisibility of violence toward humans and toward other animals.

JB: What should people know about the wildlife trade and public health?

AA: Every year, millions of animals are caught from the wild or bred in captivity then sold in the wildlife trade. They are sold live or as parts—as exotic pets, zoo and circus entertainment, subjects in experiments, food, skins, ornaments, and so-called traditional medicine. Animals suffer tremendously as they are passed from one dealer to another, shipped overseas or slaughtered on site in horrendous ways. And so we suffer as well. This trade helped spawn and spread HIV/AIDs, Ebola, Severe Acute Respiratory Syndrome (SARS) and monkey pox. Sick animals are ideal incubators of dangerous pathogens.

JB: What are the most alarming current epidemics faced by humans, and what’s your prognosis for future epidemics?

AA: Factory framing is a leading contributor to the rise in infectious disease and antibiotic resistance. For example, we’ve heard lots about bird flu. And while the media has moved on to newer news, bird flu is not going away, despite campaigns to “cull” (kill) or vaccinate millions of chickens, ducks and other commercially raised birds. Alarmingly, the H5N1 virus is evolving quickly. Fortunately, this virus has so far not been contagious among humans. But if we continue to crowd birds in squalid conditions before killing and eating them, we are playing viral roulette. Viruses are opportunists, and we are selecting for pathogens that spread easily among people. By confining billions of animals on factory farms, we have created a global laboratory for the evolution of a host of potentially lethal viruses and bacteria.

JB: Anything you want to mention in closing?

AA: People think we must choose between helping humans and animals. It’s the old cliché of the child or the dog. My book explains that not only is this a false dichotomy, but the opposite is true. We have to treat animals better for our own sakes. Our health depends on it.