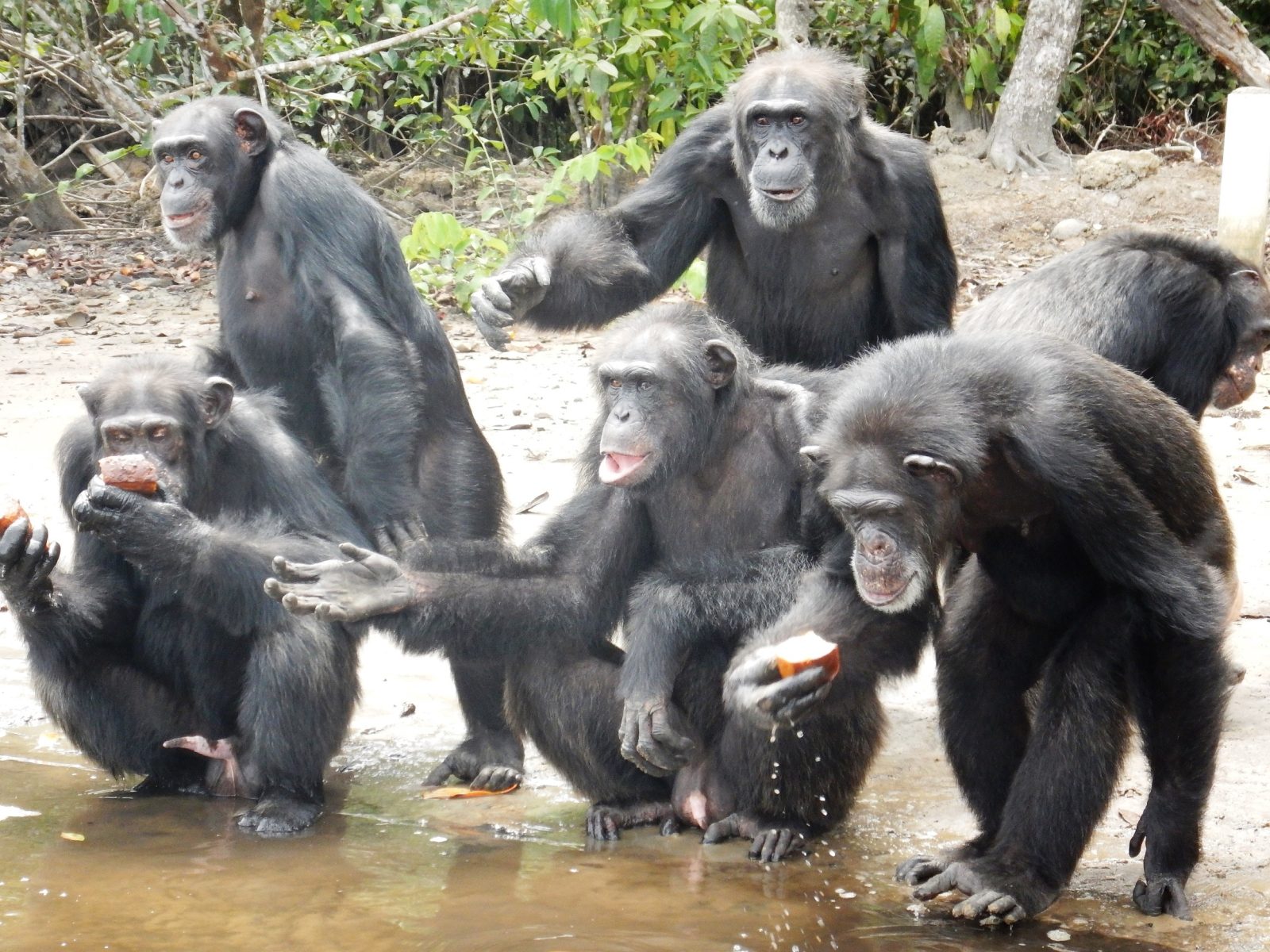 On six uninhabited islands near Liberia’s capital live 65 chimpanzees that were used for years in US-funded experiments that exploited these intelligent animals.

Over decades of cruel experiments, up to 400 chimps were held in barren cages at a laboratory facility in Liberia. The animals were subject to biopsies and cruelty, reported Euro News.

Over the years, the number of chimps at the lab declined as chimpanzee research was slowly being phased out, older chimps passed away, and two brutal civil wars in Liberia claimed the lives of some chimps as lab staff was unable to reach them in the fighting according to The Humane Society International (HSI). Then, in the early 2000s, the laboratory relocated the remaining chimps to six estuary islands.

In a Euro News video, vet Richard Ssuna with the Humane Society International drives a boat up to the island and starts to throw fruit to the shoreline. The chimps appear and start to catch the food. Ssuna and HSI staff tend to this group of abandoned chimps who were left to starve after the experiments ended.

“They were subjected to a lot of invasive procedures, and the emotional abuse has left its scars,” Ssuna says.

“Over the time we’ve been able to rehabilitate them. They are not as frightened anymore,” he continues.

In 1974, the experiments began to test the impacts of hepatitis B led by the New York Blood Center, a non-profit blood bank.

They bought hundreds of these apes to conduct awful experiments on, and most did not make it out alive. In 2015, the New York Blood Center cut funding but left the chimps on the islands where there wasn’t enough natural food or water for the chimps to survive. The lab had abused these apes for years until public outrage moved them to stop, but then they did not even make sure that the chimps would go to a sanctuary or have adequate care.

Eventually, after pressure, the blood bank agreed to split the costs of long-term care with the Humane Society International (HSI) in 2017. That’s right, the lab that caused all of this pain and suffering and abandoned the chimps after they were no longer of use, only finally agreed to split the cost for something they are solely responsible for. Thankfully, HSI stepped in to take care of the chimps and committed to looking after them for the rest of their lives.

Unfortunately, as the chimpanzees have spent their lives in captivity, none of them can safely be returned to the wild. HSI is making sure that these animals live out the rest of their days in the best way possible. The chimps will live out their days in the lush mangrove islands where they will continue to receive fresh food and medical support from the HSI caregivers like Ssuna.

Every morning, they prepare over 200 kilograms of food for the chimps and 120 kilos in the afternoon. The apes on the island could live for over 30 more years, but HSI will continue to care for them. These chimps did not deserve this life and cruel animal testing needs to end! Sign this petition to stop animal testing!