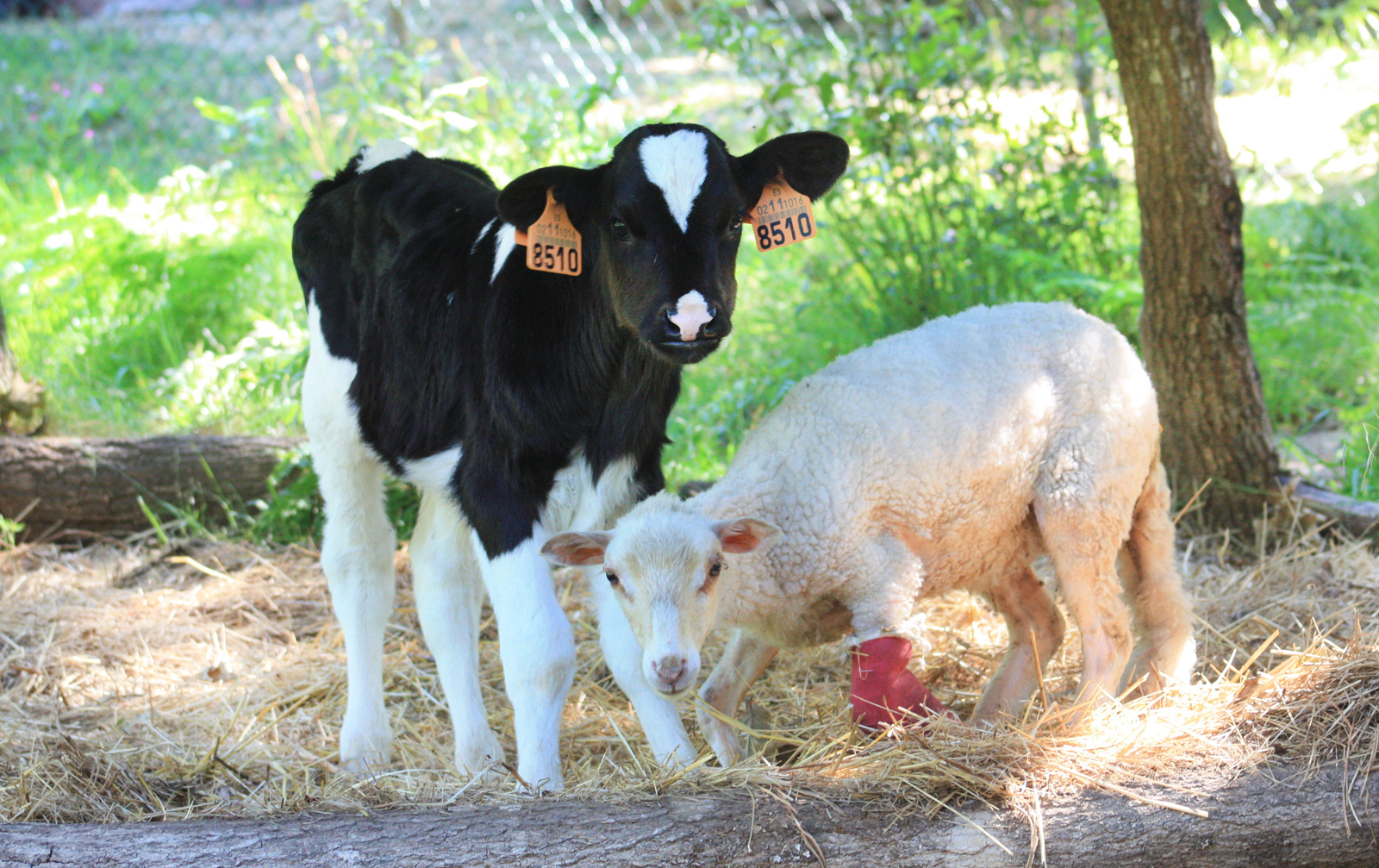 Rescued from a sheep farm that raises lambs for meat, Lucera had a lucky escape. Born with crippled front legs, she wasn’t able to go out to graze with the rest of the herd, making her much scrawnier than all her friends. When it came time to send the lambs to slaughter at just three months old, the farmer didn’t think she would be worth the money and gave her away instead.

Thankfully it wasn’t long before she found her way to us here at Mino Valley Farm Sanctuary, where she underwent surgery to help her walk. As she was new to the sanctuary, and was visibly ill upon arrival, she had to live in quarantine which isn’t all that fun for a feisty little lamb with a zest for life.

When Luna, a four day old dairy calf who we recently rescued, arrived shortly after, we decided to team the pair up to give Lucera some company. Little did we know that the two of them were going to become the best of friends and end up doing absolutely everything together!

From the moment they wake up in the morning, Luna and Lucera head out to pasture to graze. 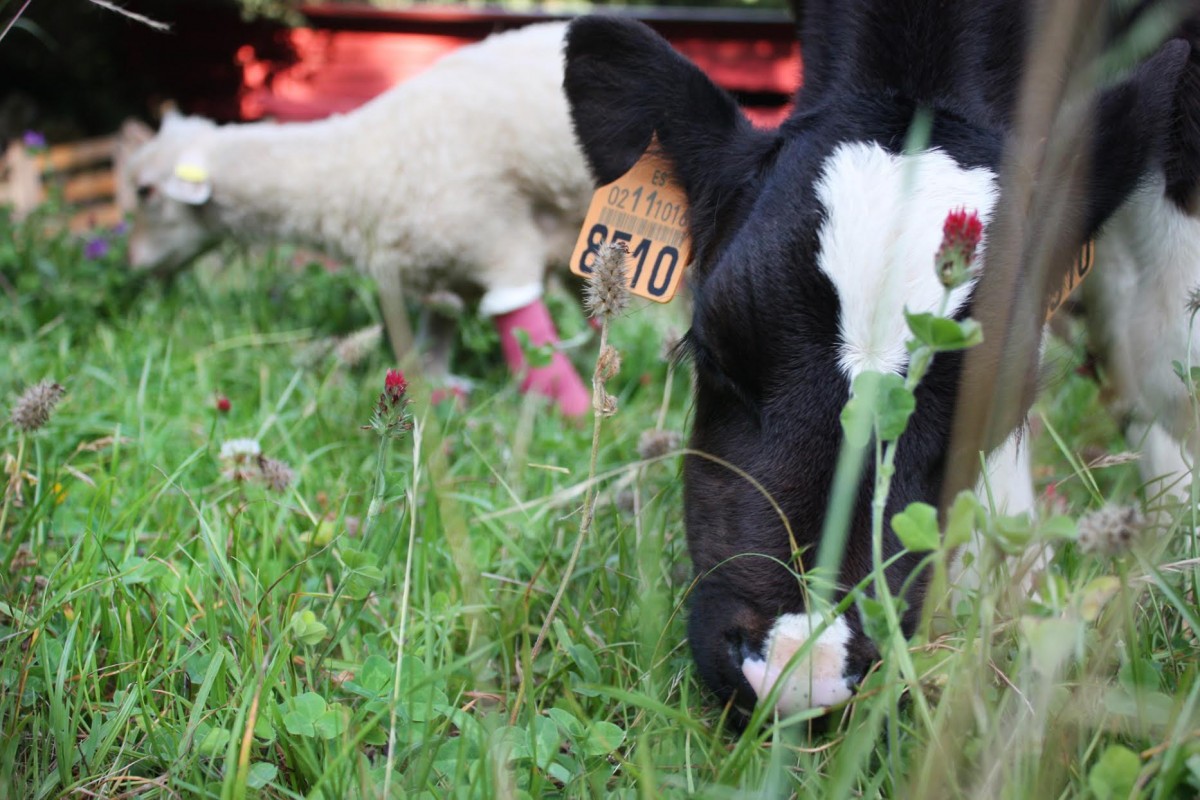 Luna charges ahead and Lucera hobbles along excitedly behind her, following her everywhere she goes. Most of the morning is spent eating as they slowly make their way around the field filling up on grass, clovers and whatever other yummy snacks they find along their journey. 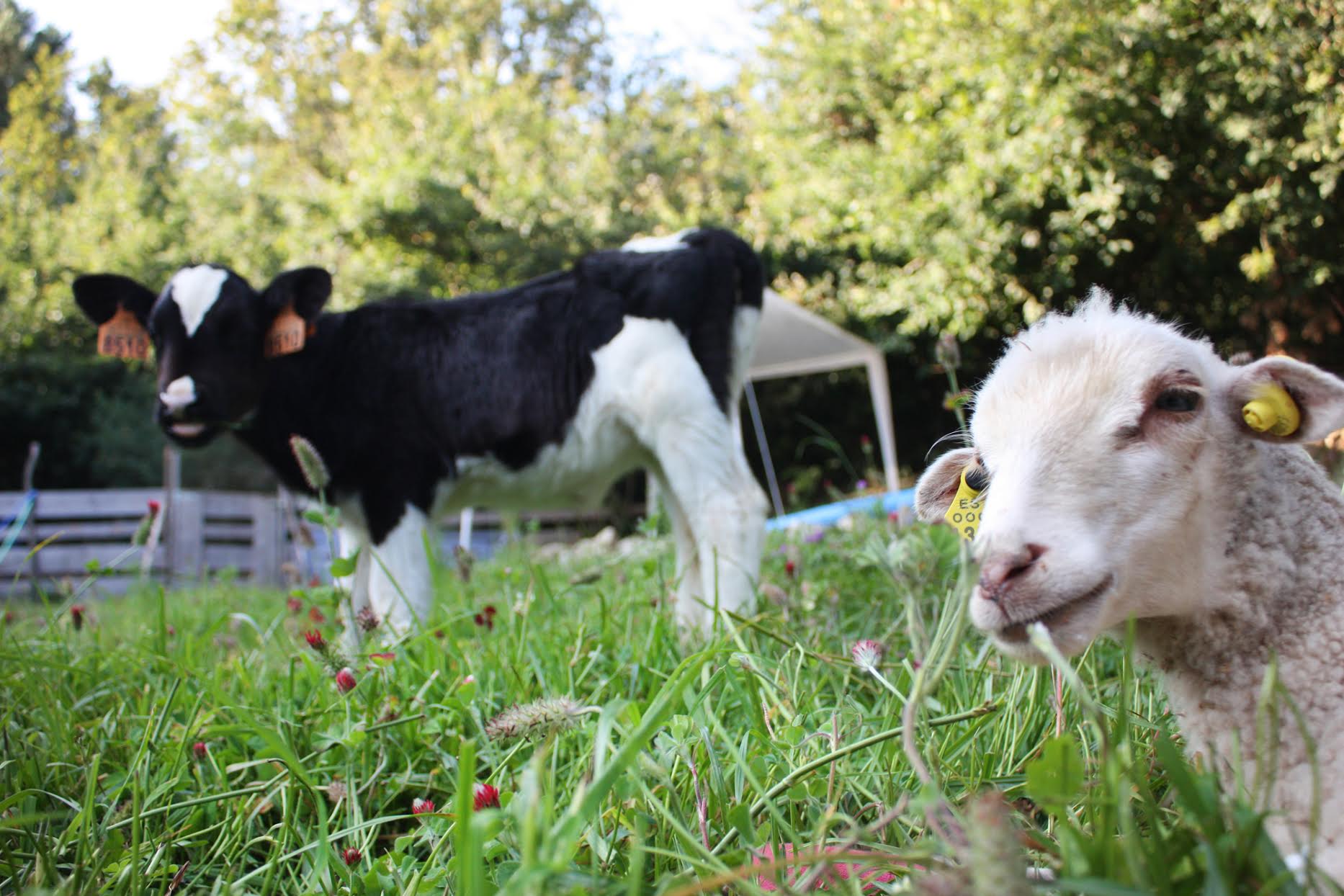 Once they’ve filled their bellies they head over to the gazebo to escape the midday sun and take a much earned snooze. Luna always lies in the same spot and Lucera settles in around her, and if she’s feeling particularly cheeky, she’ll use Luna’s super soft back as a pillow to rest her super cute head! 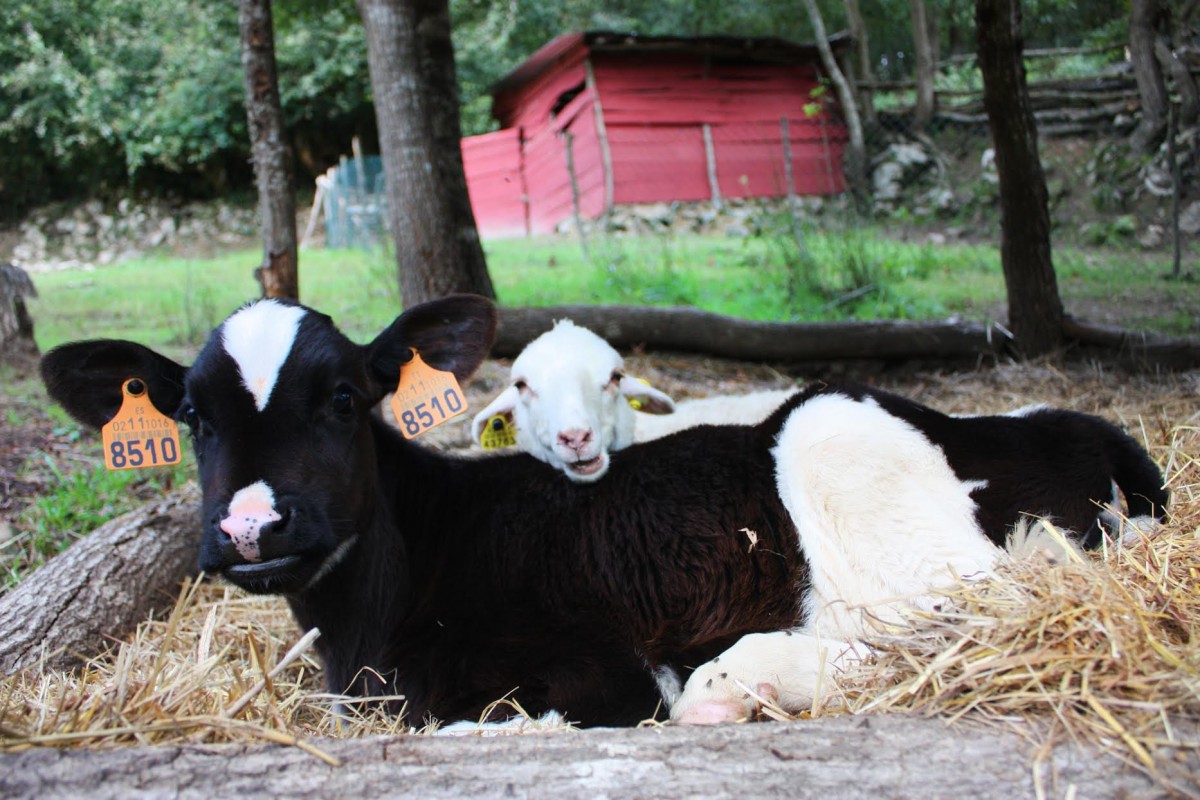 When the afternoon rolls around, they both get back to grazing – followed by another nap – before the real fun begins just before bed time. Luna gets extra playful when she knows it’s almost time for bed, and she’ll start skipping around the field, mooing extra loud to let us know she’s ready for her next bottle of milk. 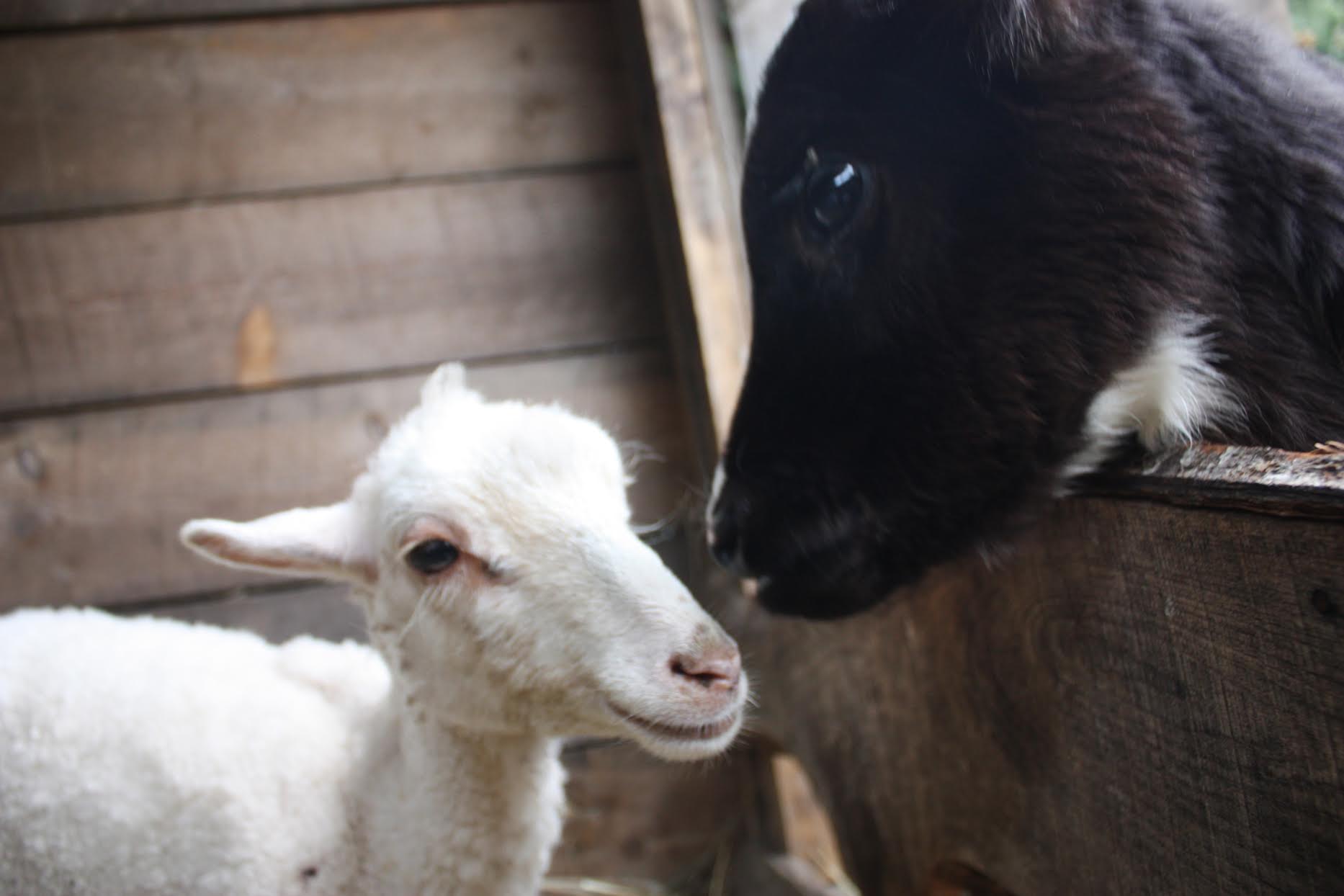 All the charging around gets Lucera fired up too, and despite the fact that she still struggles on her legs, she also joins in running and jumping about after Luna. 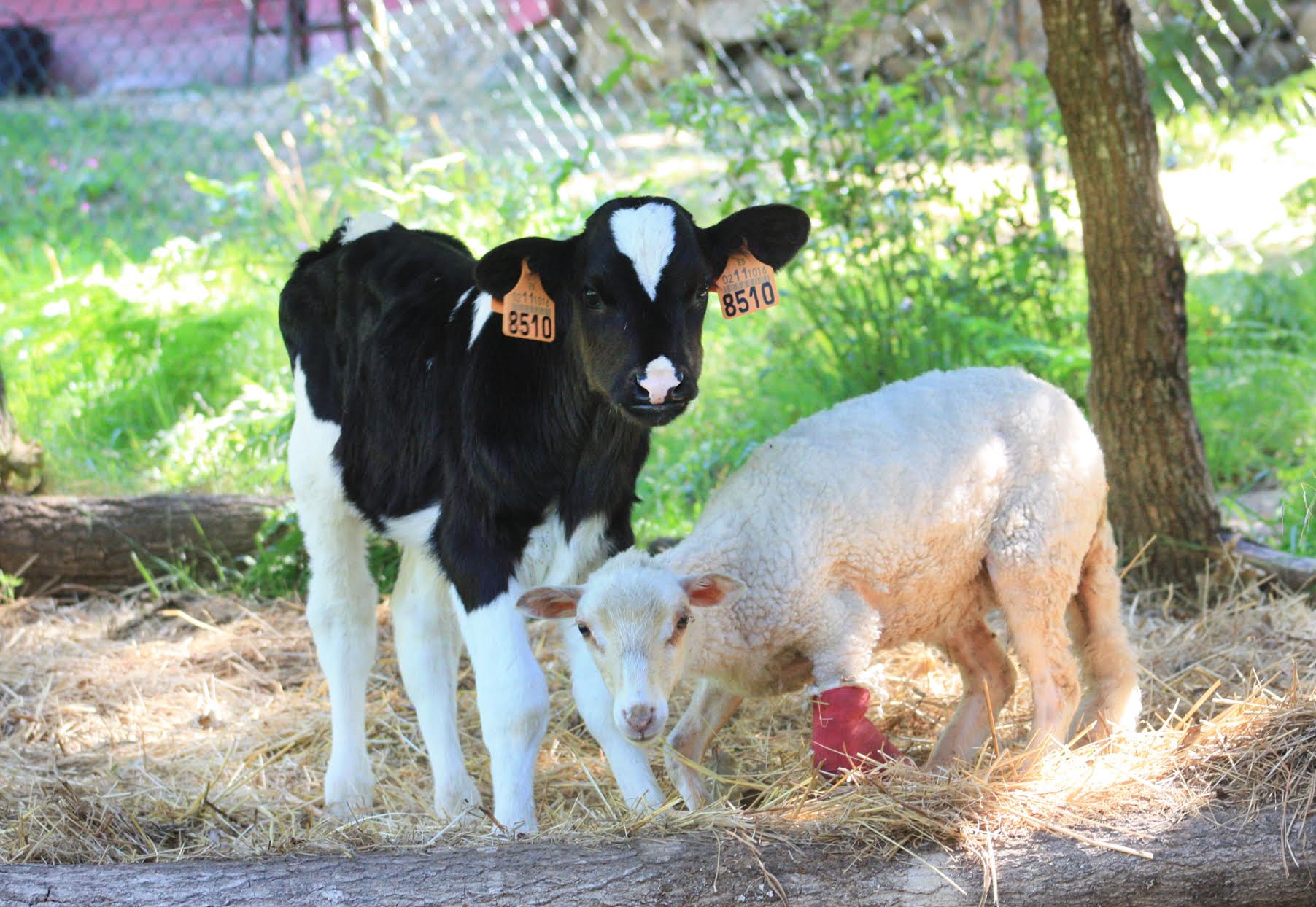 Once they have settled in the barn for bed, head nuzzling initiated by Lucera usually commences, before they finally curl up next to each other quietly chewing their cudd and dreaming of all the adventures they had that day. 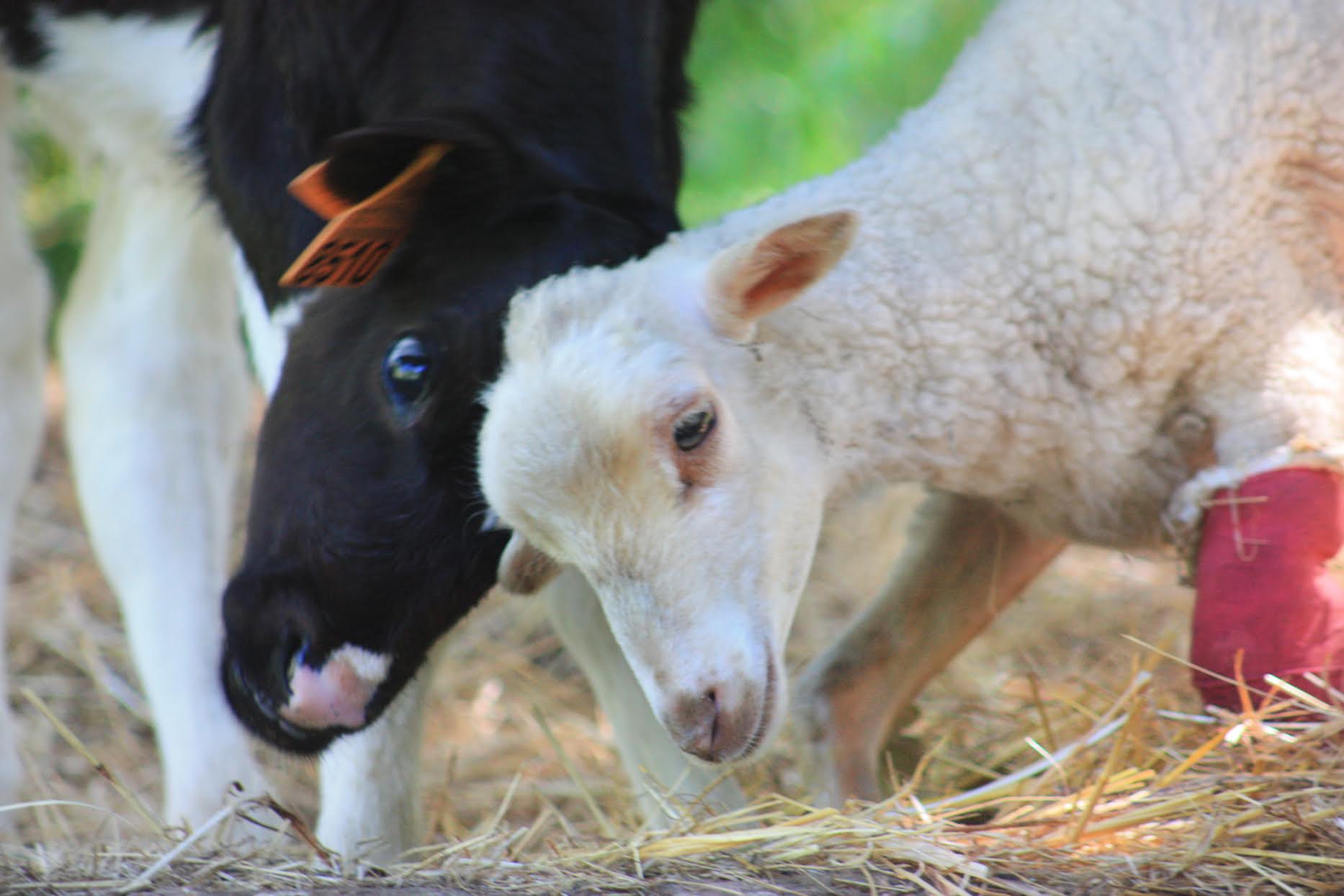 If Lucera’s lucky, Luna will try to suckle her ear in the search for more milk, and although this relentless suckling did get on Lucera’s nerves to begin with, she seems to have resigned herself to the fact that it is now just part and parcel of their friendship. 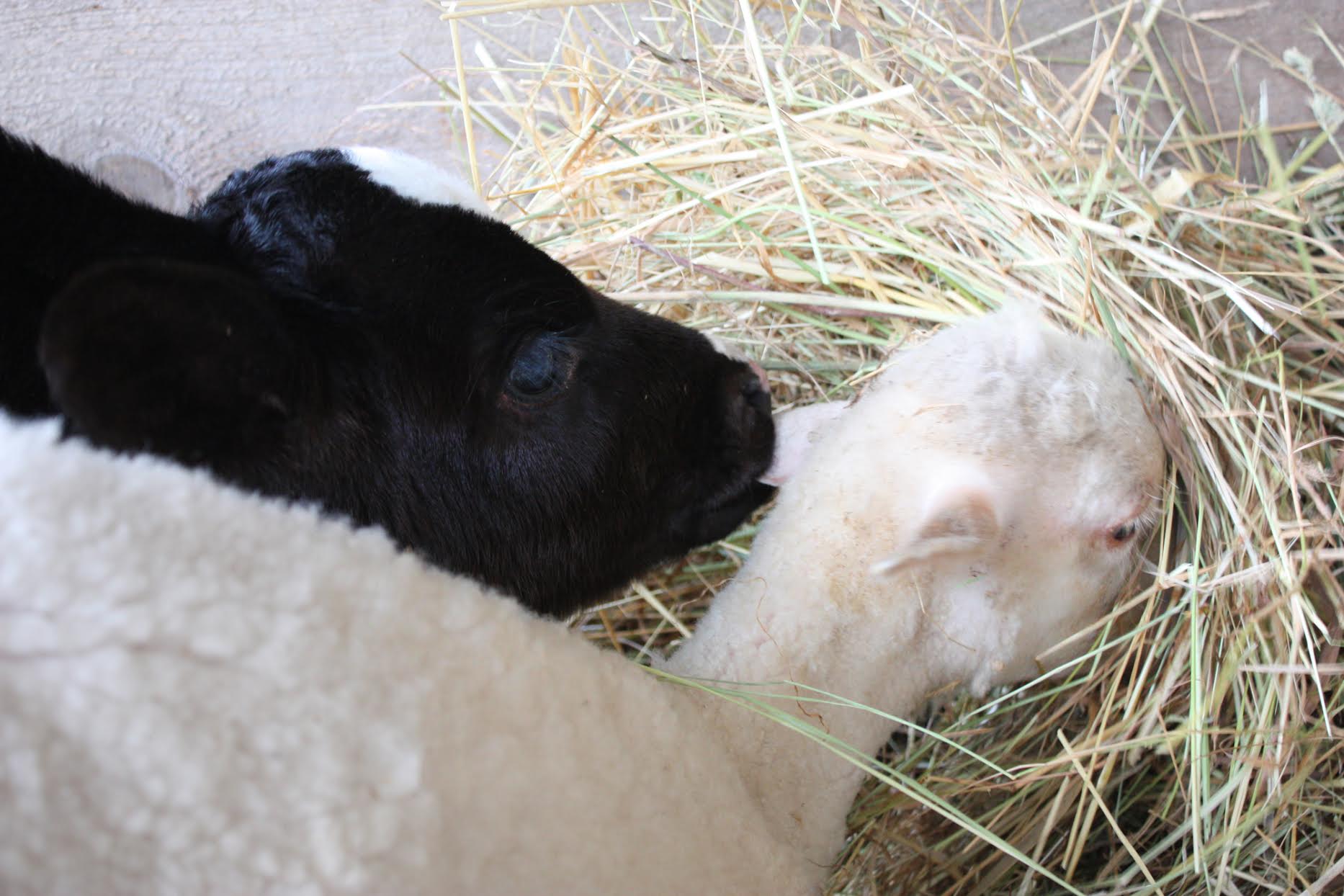 Wherever Luna goes, Lucera follows, and vice versa. They may not seem like the most likeliest of friends, but looks can be deceiving! The truth is love knows no species, and we’re pretty sure that these two are going to be inseparable for the rest of their lives.