3 Outrageous Claims the Media Is Making About Keystone XL 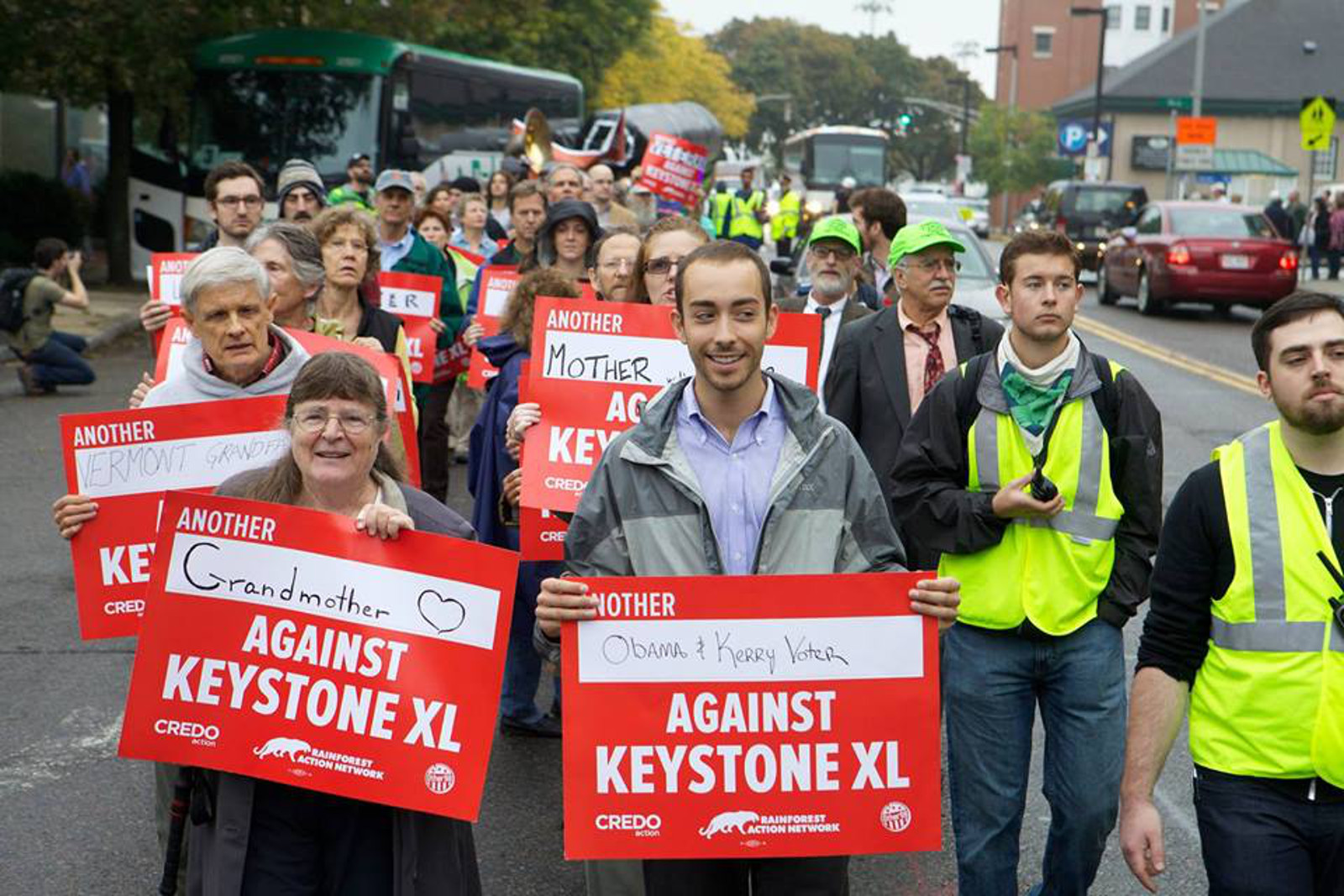 Now that the Final Supplemental Environmental Impact Statement on the Keystone XL tar sands pipeline has been released by the U.S. State Department, a final decision on whether or not to let the pipeline be built by TransCanada is due from President Obama.

The oil industry, of course, is in full court press mode, trying to ram this project through despite the objections of a growing number of North Americans. Environmentalists, landowners, indigenous peoples, farmers, and many more are organizing unprecedented opposition to Keystone XL because they do not want to see our society locked into several more decades of fossil fuel use.

Big Oil is not alone in advocating for the pipeline. Some mainstream media outlets have been happily pushing pro-Keystone XL propaganda, or just grossly misreading the significance of the movement to stop it. And let’s just say, something about that doesn’t smell right…

Here are the three of the most outrageous messaging frames the media is pushing in regards to the Keystone XL pipeline:

1. “Tar sands oil will be developed and transported to the gulf coast, with or without a pipeline…” 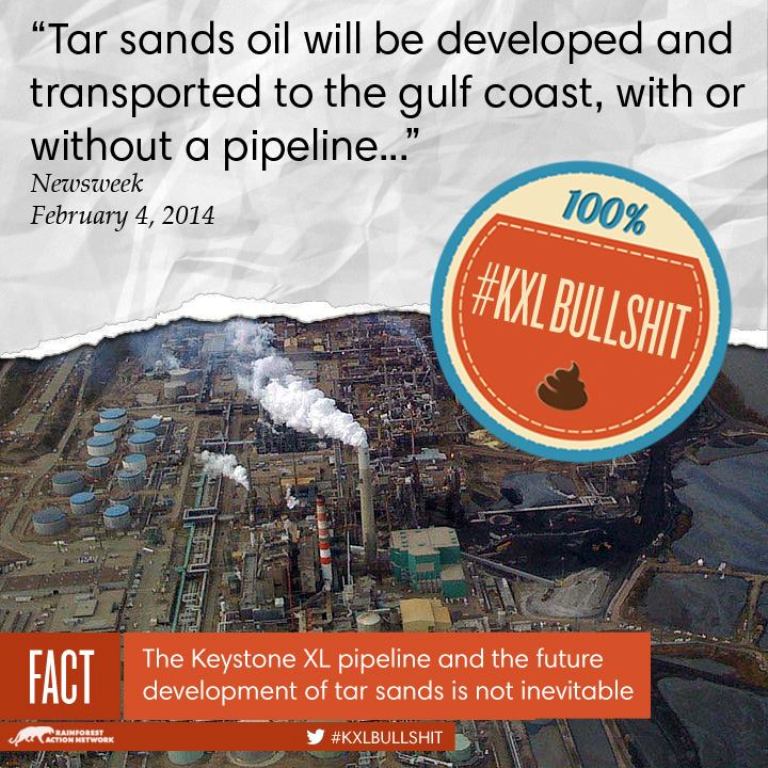 You can read the full #KXLBullshit from Newsweek here.

The Keystone XL pipeline and the future development of tar sands is not inevitable, in fact to secure a stable climate, we must keep this dirty fuel in the ground. It’s clear to all of us that tar sands oil shouldn’t be transported at all, by pipe or train or llama or bucket brigade!

2. “It will create thousands of jobs and will have minor environmental impacts.” 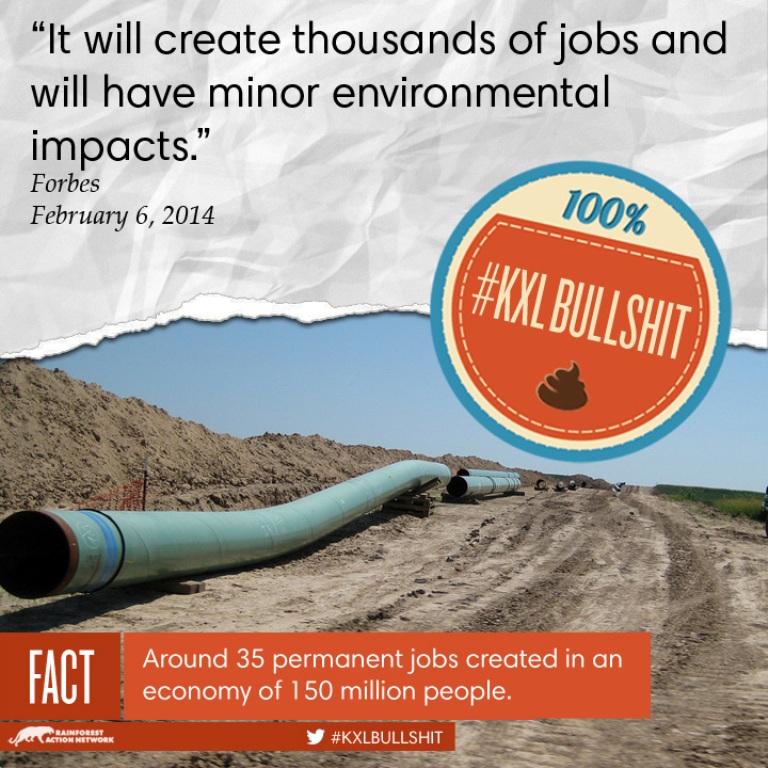 You can read the full #KXLBullshit from Forbes here.

Yes, a couple thousand jobs would be created temporarily to build it. After that, the consensus is that around 35 permanent jobs would be created in an economy of 150 million people. Does this factor in economic instability and displacement caused by climate change? No, because it’s pure #KXLBullshit.

3. “Environmentalists get back to your serious work, the Keystone XL isn’t it.” 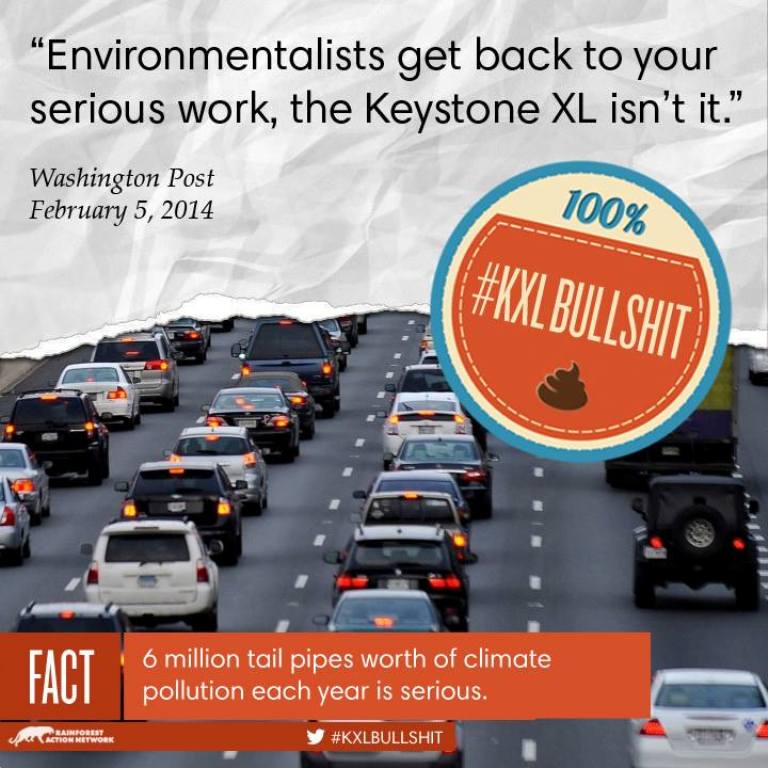 You can read the Washington Post’s editorial board taking their work “seriously” here.

Hey “Editorial Board,” what could be more serious than a thousand-mile-long tar sands pipeline that threatens millions of people’s water and contributes the equivalent of 6 million tailpipes-worth of climate pollution every year? Yeah, you get the coveted triple-starred #KXLBullshit award on this one.

Have you seen any outrageous claims about Keystone XL in the media? If you do, call it out using the hashtag #KXLBullshit.

Tell the State Department you think the entire thing is #KXLBullshit HERE.