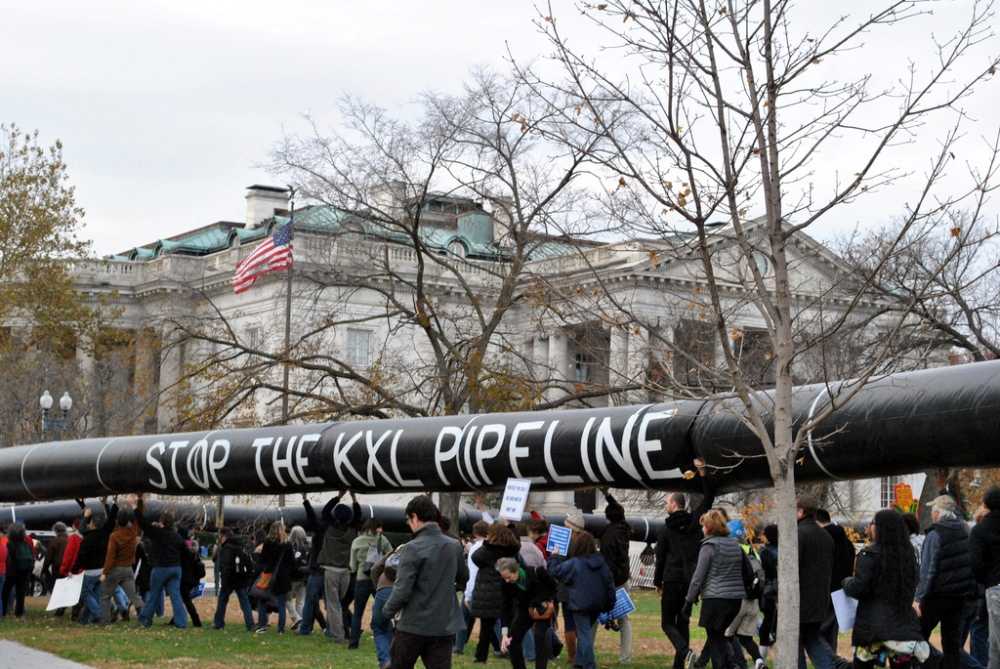 TransCanada is pushing hard to finalize the full Keystone XL pipeline, and the war still rages on between conscious citizens and the Big Oil company.

However, full approval of the Keystone XL pipeline is still pending, but somehow TransCanada managed to find a way around this stalemate. The company’s Gulf Coast Pipeline project, which is considered the southern leg of the massive 1,179-mile Keystone XL pipeline, is nearing completion in Texas and Oklahoma. And as of December 9, TransCanada has confirmed that they have started filling up this leg of the pipeline — ridiculous!

Truly, any trace of tar sands oil expansion is bad news as it’s one of the dirtiest fossil fuel sources on the planet – it directly contributes to deforestation and habitat fragmentation and contains heavy metals and cancer-causing toxins.

While many are against the Keystone XL pipeline, it seems like more positive press is being published about its proposed “benefits” from creating more jobs to reducing reliance on foreign oil. But we’ve heard these “benefits” so many times before by Big Oil companies. While yes, the pipeline might mean less foreign oil, it comes at a very high cost, environmentally that is.

It’s time we move past this dirty oil and opt for clean and efficient renewable energy instead.

For a quick refresher on the threats the Keystone XL pipeline poses, take a few minutes to watch the five videos below, then join the fight against tar sands oil.

1. The Keystone XL Pipeline horror story may be coming to a backyard near you soon…

2. Consumer Watchdog shows us why the Keystone XL pipeline is not in our national interest

3. Joshua Jackson of Dawson’s Creek fame urges us to draw the line at tar sands oil and Keystone XL

4. Tar Sands Timmy teaches us what Keystone XL is all about

5. Author and social activist Naomi Klein inspires us to stand up to the Keystone XL pipeline