10 Racing Arenas in US That Need to Shut Down 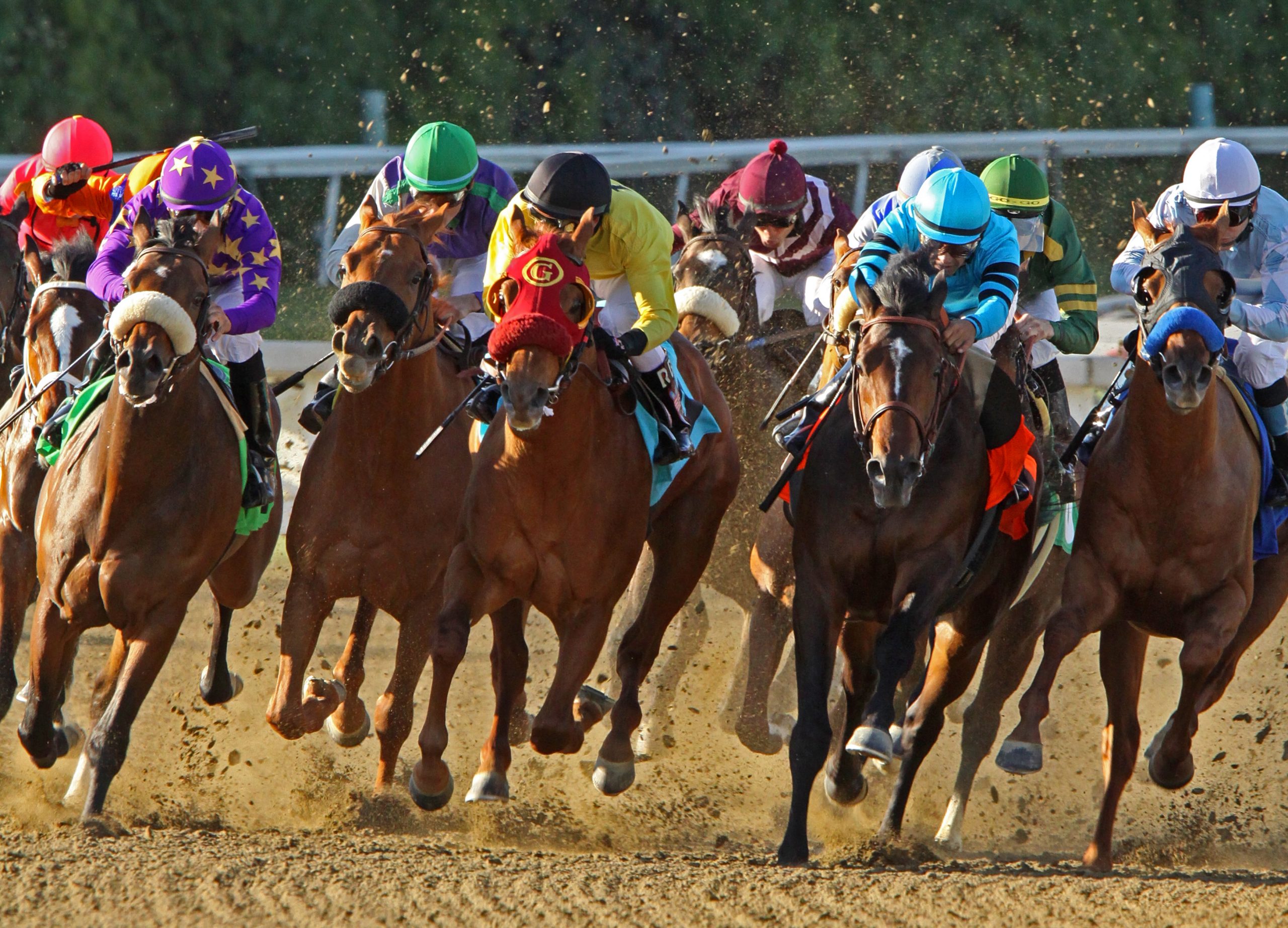 Racing horses are terribly mistreated in racetracks around the United States. In 2018, almost 10 horses died a week in the country. That’s significantly higher than the number of recorded racing horse deaths in Europe or Asia. From doping to the general abuse of animals, there’s clearly something incredibly wrong with the racehorse industry. To make matters worse, fractures are a death sentence for horses, and have proven to be a quite frequent occurrence.

This race track is located in California and does not have a good track record when it comes to taking care of their horses. In 2019, almost 24 horses died and an investigation was launched. Surveillance caught a trainer’s assistant giving performance-enhancing drugs to a horse. They found a syringe in the bucket he brought to him and the horse was foaming at the mouth, which is a popular side-effect. The animal was also given a “fatigue-fighting” drug.

The Charles Town Races in West Virginia has a horrible history. In 2021, three thoroughbred horses died in ten days. One horse even died while being ridden, which goes to show the lengths these establishments push their animals. All three horses that died in that ten-day period were euthanized because of illnesses, and it’s being suggested doping abuse is responsible for their fatalities.

This race track has a reputation for killing their horses, and should no longer be allowed to have these poor animals in their custody.

The number of horses who have died at Parx Racing is nauseatingly high. Since 2010, there have been 1,400 thoroughbred horse deaths. While we’re sure many equestrians feel a deep connection to their animals, they are still treated like livestock, and ultimately seen as replaceable. Racing arenas are running a business, and the horses are a huge part of that.

Many of those horses died from doping incidents. Up to 98% of racehorses in the industry are illegally drugged, and Parx Racing is no exception. Trainers feel doping is the only way to win, and these horses are paying for it with their life. Sign this petition to demand that Pennsylvania authorities shut down this cruel horse-racing track now!

In January of 2021, a three-year-old and a four-year-old horse died. This is sad, but it’s not surprising. Los Alamitos Race Course has a history of not taking care of its horses. They were put on probation in 2020 because of how many horses they killed. At least 20 died that year from injuries, and another 10 died from gastrointestinal among other illnesses before probation. After their probation was lifted, another 10 horses died at their racecourse.

Los Alamitos Race Course clearly cannot take care of horses. They don’t deserve to own animals and have proven repeatedly how irresponsible when it comes to respecting their horses and keeping them alive and well.

The biggest scandal at this Californian race track is a giant fire that swept through the establishment. In 2017, 46 horses died in the fire and smoke from this catastrophe. While accidents happen, it’s believed there were fire code violations in the buildings, including issues related to “fire extinguishers, smoke alarms, exit doors and stairs, hazardous materials, flammable liquids.” San Luis Rey Downs denies this link but we aren’t sure we buy that.

To make matters worse, two horses died in a month in 2021.

There have been a lot of deaths at Belmont Park. In 2020, 52 horses died on their watch. Out of those deaths, 27 were because of training incidents, and 18 were simply classified as ‘other.’ There was also a big fire in 2021, which killed two horses.

New Yorkers for Clean, Livable, and Safe Streets (NYCLASS) and PETA both asked for an investigation about fire, and want to hold them accountable. Was this fire an honest accident, or just an act of negligence? The two organizations are also campaigning for New York to reallocate the $250 million in annual subsidies that horse racing receives to “education, healthcare or human services.”

While the casino attached to the New York race track closed in 2019, the racing arena itself is still open and running. There have been quite a few deaths at this establishment. Here are a couple of examples; in June of 2019, a horse collapsed and died while jogging; three horses also died in a period of just three months in 2021.

New York race tracks are being scrutinized for being particularly awful, and Monticello Raceway is no exception.

The treatment of hoses at this racetrack is appalling. In 2015, 12 horses died in 22 days. The incident was so bad, that it made officials create new rules surrounding horse treatment in the state. The New York Government also has data about all race track mishaps and deaths in the state available to the public. Aqueduct Racetrack appears often on this list. Deaths are common at this establishment, but racing incidents are also very popular.

The mistreatment and killing of horses at this racetrack are incredibly prevalent, and they should be shut down before they inevitably spill more innocent blood.

In February of 2021, there was a fatal injury at this racing arena that drew a lot of attention. There were pieces of pavement on the track, and the horse’s leg was broken. As you can see in the video above, the hind leg is flailing around, and looks like the bone had snapped. The most disturbing part is that the horse continued to run the race, despite being in what we can only imagine is absolute agony. The horse was named Miss Eau de Vie, and she was only three years old. They also killed two horses in January of 2021.

Turfway Park is responsible for 24.5 percent of deaths in Kentucky since 2010, and they should not be allowed to continue staying open.

Also located in Kentucky, Louisville’s Churchill Downs is responsible for 43 percent of horse deaths in the state since 2010. It’s a wildly popular racetrack, but this doesn’t seem to mean anything when it comes to treating their animals ethically. In 2018, 21 horses died in 3 months for unclear reasons. They all suffered from fatal injuries. When the deaths were investigated, nothing “unusual” was found. But if that’s the case, why are so many horses dying in such a small amount of time?

These are just a handful of corrupt and unethical racing arenas in the country. It begs the question, can one of these establishments even be ethical? As far as we can tell, the answer is no. Sign this petition to ban horse racing in the U.S.