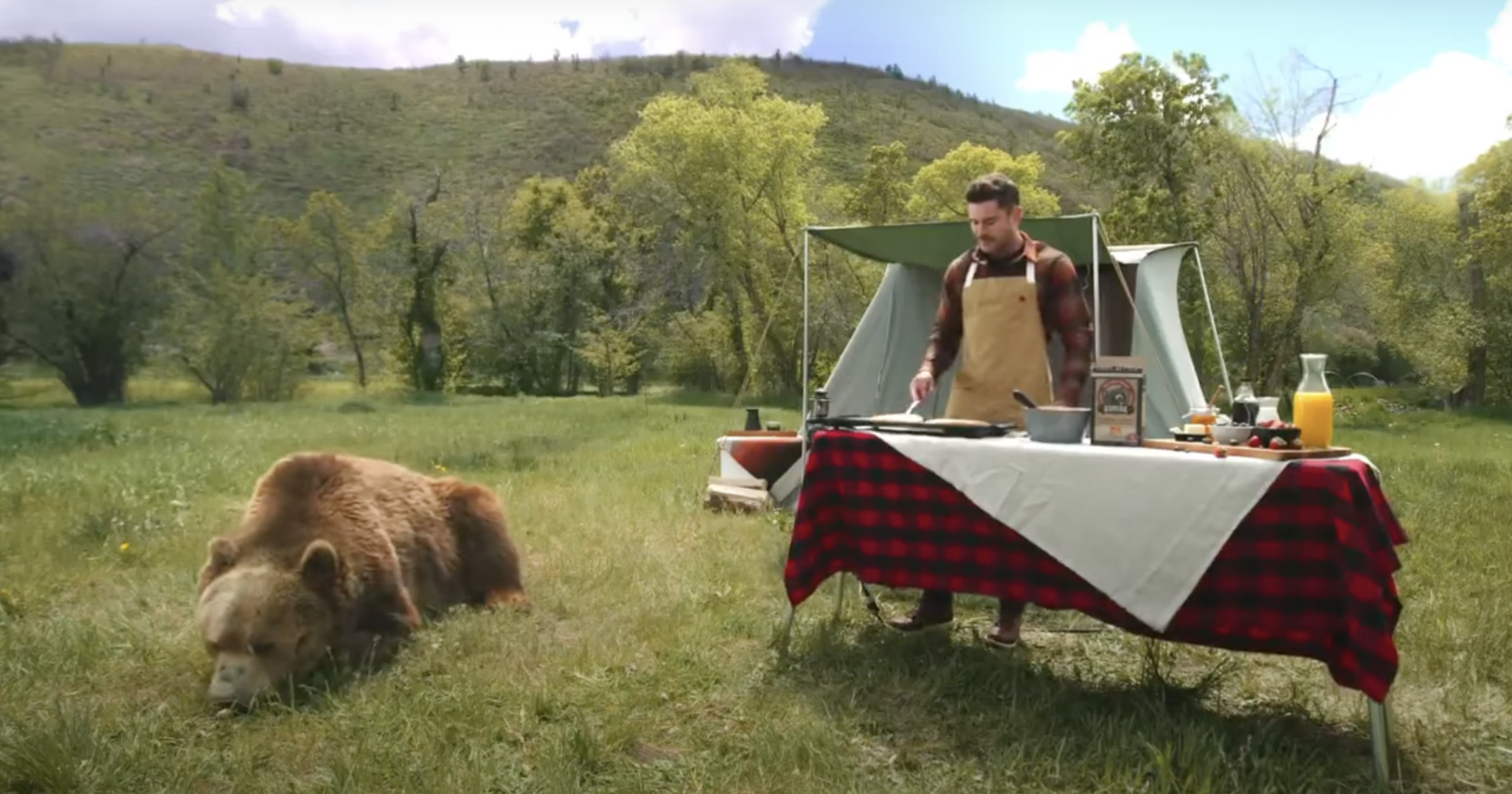 The campaign is a collaboration with Draplin Design Co. to benefit the Vital Ground Foundation, which is a grizzly bear charity organization. Although this is a great cause, there was no need to exploit this real bear and use it for entertainment.

According to PETA, Tank was traumatically taken from his mother when he was just a cub. He was immediately given to a Hollywood trainer and Vital Ground Foundation co-founder, Doug Seus. He has appeared in numerous shows, and movies, including “Dr. Doolittle 2” and “We Bought a Zoo.”

“No company that gives a hoot about wild animals or a mother bear’s love for her cub would ever exploit them,” says PETA Foundation Director of Captive Animal Welfare Debbie Metzler. “This campaign is wildly rotten, and PETA is calling on Kodiak Cakes and Zac Efron to apologize, make amends, and send these ads to the cutting-room floor.”

The products that are advertised have the slogan “Keep It Wild,” which PETA notes is incredibly ironic. PETA is calling on Efron to remove his ads with Tank and simply replace them with computer-generated imagery.

Read more below to learn about how animals are abused for entertainment and why this is extremely inhumane: