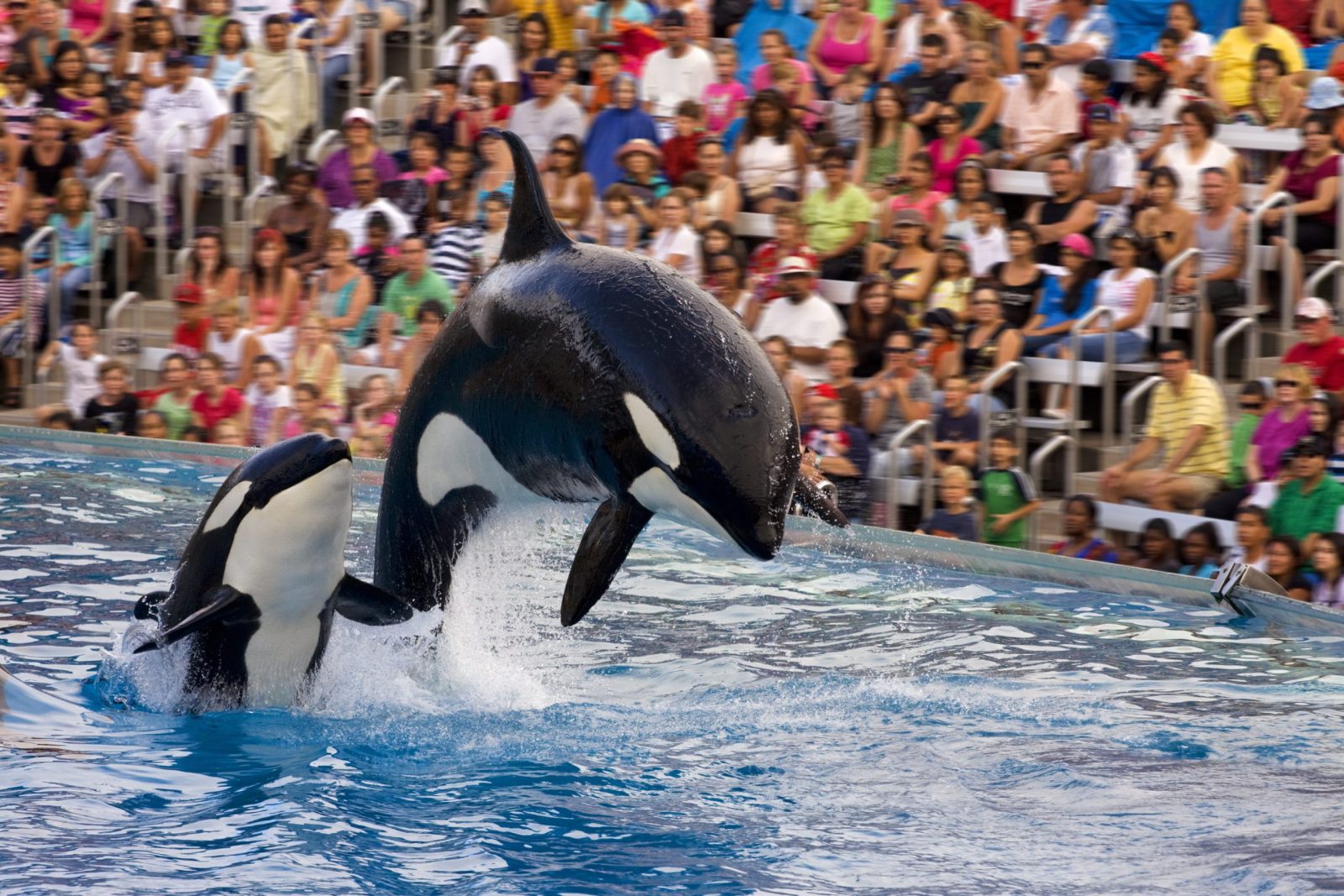 Just one day after an orca named Nakai died at SeaWorld after 20 years of captivity, a video was released of three orcas brutally attacking each other at the abusement park.

The footage was taken at SeaWorld, leaving guests in shock as a violent attack among orcas ensued. At least one of the animals is seriously wounded, according to PETA. After receiving the video, PETA filed a complaint with the U.S. Department of Agriculture (USDA), calling for an investigation into the park for the clear violations of the Animal Welfare Act over housing incompatible animals together. In the video, a child can be heard asking, “How is [the orca] still alive?” and “I thought they hug each other, not fight each other.”

PETA notes that Nakai was involved in a similar incident when he was kept inside a tiny concrete tank with incompatible orcas in 2012, and he was seriously injured. The two others attacked Nakai, and he sustained puncture marks and lost a chunk of his jaw.

The visitor of Seaworld who sent the video to PETA said, “We all immediately saw blood soaking the water which triggered my [nine] year old daughter to start crying. We would see bite marks [and] fresh wounds all over the side of the whale. Every couple seconds two more orcas would jump out of the water to continuing [sic] attacking the hurt orca.”

“In two days, one orca has died and another has been attacked by other frustrated, closely confined orcas, resulting in a serious injury—and young children were witnesses to the carnage,” said PETA Executive Vice President Tracy Reiman. “PETA is calling on the USDA to investigate SeaWorld for holding animals in conditions so stressful they would lead to horrific attacks and reminds families to stay away from any park that imprisons orcas or other animals.”

The amusement park, which opened in 1955, has long had the nickname of “abusement park” and is built on exploiting intelligent marine animals for profit. Finally, after years of pressure from the public, SeaWorld announced the end of its orca breeding program in March 2016. Although this was a win, we can’t forget about the other animals and every other amusement park that exploits these amazing animals. The torment, imprisonment, and artificial breeding of their animals need to end. These animals should not be in captivity, to begin with.

The popular documentary Blackfish, which explored the tragedy of captive whales in detail, helped to reduce attendance at marine mammal parks and led SeaWorld to announce that it would stop breeding orcas. However, many of these whales remain in captivity, where they continue to suffer.

Please sign this petition telling SeaWorld to release the remaining orcas to sanctuaries.