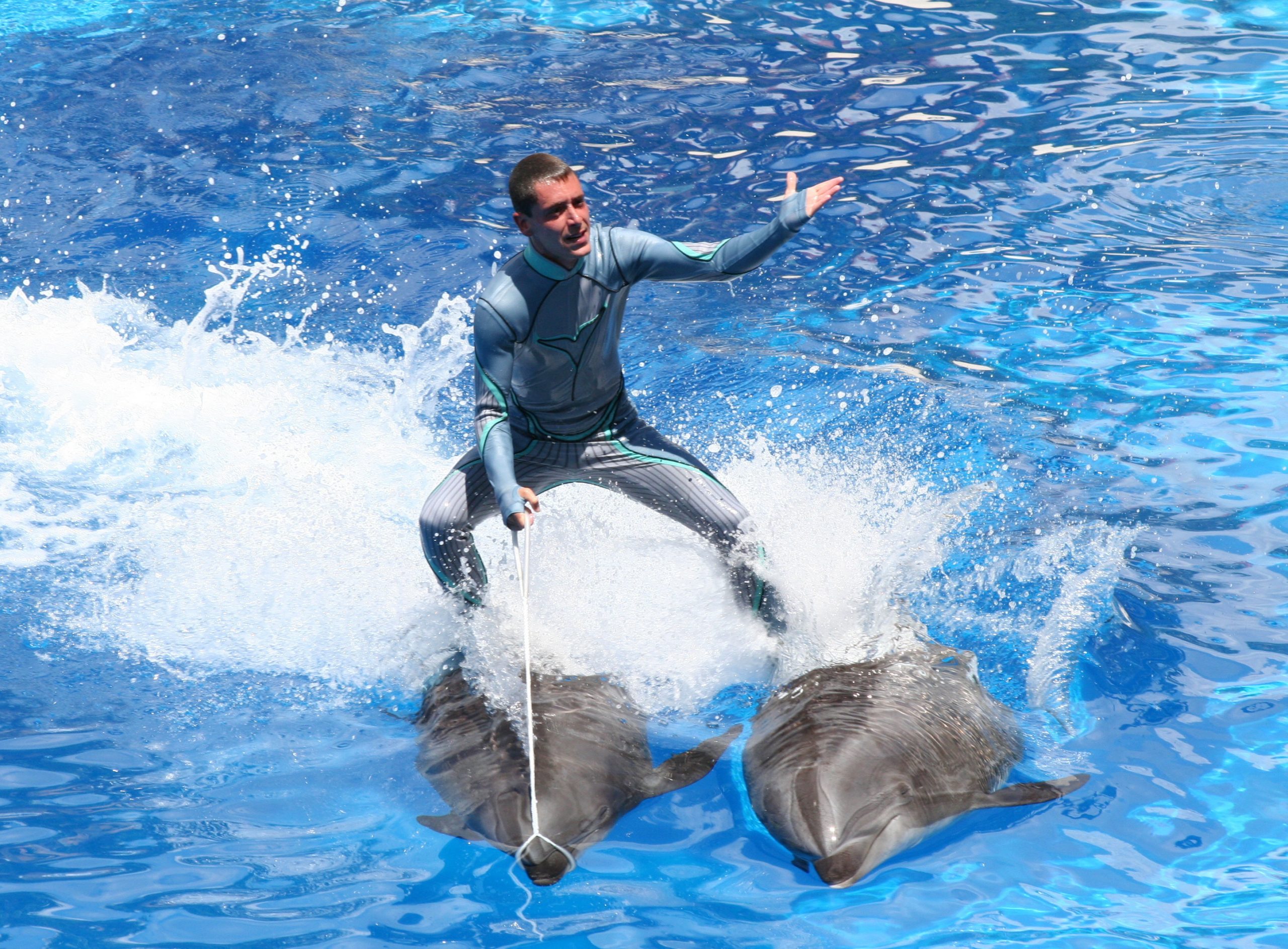 SeaWorld has announced that it’s ending the practice of letting trainers ride astride dolphins during shows. Animal rights activists have been asking for years for the practice to be banned.

PETA published a shareholder proposal in December 2019, asking that the practice be banned, and that trainers stop riding on dolphins’ backs and faces. The animal rights group began its campaign against SeaWorld in June 2019, where it shared findings of a study conducted on animal health at SeaWorld.

The letter by SeaWorld’s attorney announcing the change said that the company, ” no longer demonstrates ‘surfing’ (on dolphins) at any of its locations, and plans to phase out the demonstration of standing on rostrums within the next few months, despite its belief that neither of these behaviors are harmful to the animals in any way. Further, of the approximately 140 dolphins — which make up a small number of the thousands of animals (comprising) over 1,300 species — in the Company’s care, fewer than ten currently participate in the presentation in which trainers stand on the animals’ rostrums.”

Senior manager of PETA’s animals and entertainment campaign John Di Leonardo, said in a statement, ” I don’t think it’s coincidental that they decided to move away from this now. In 2020, when the public is increasingly seeing that animals are not being exploited in circuses anymore, it would be very unwise for them to move backward. It’s obvious PETA’s pressure was responsible for them to stop the surfing and standing on the dolphins’ faces.”

The change is a small win in a still cruel industry. SeaWorld has long come under fire for its treatment of animals, most famously in the documentary “Blackfish.” The film showed how the company was treating its killer whales.

Dolphins or any other marine mammals should not be in captivity, period. Dolphins in captivity are harmed by human interactions that cause them physical and mental suffering. Dolphins in parks are confined to small tanks, which increase aggression and reduce necessary mental stimulation. Canada recently passed a ban on keeping dolphins and whales in captivity.

Entertainers riding them should never have happened at all. Sign this petition to agree to not attend any dolphin shows!