Top 5 Countries with the Most Captive Dolphins 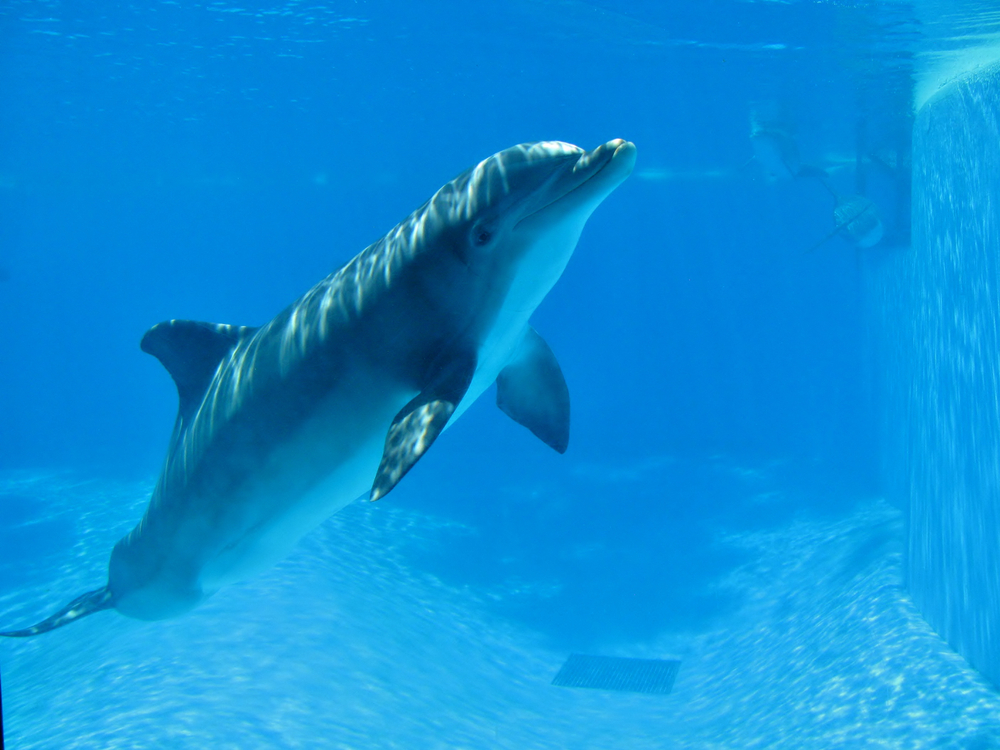 World Animal Protection recently released a report called Behind the Smile that exposes the truth about the billion dollar industry behind dolphin captivity. The report is very appropriately titled because dolphins do indeed always look like they’re smiling. But as World Animal Protection explains, the smile is just the shape of their face. The thought they are happy couldn’t be further from the truth because they do not belong in captivity.

In the wild, dolphins have hundreds of miles of ocean available to them for swimming whereas in captivity they are confined to small tanks. Training them to perform involves keeping them hungry so that they will perform for food. As Dolphin Project states: “Space is limited, which sparks aggression and frustration. The surroundings are bare and sterile, with little mental stimulation or diversion.”

Captive marine animals like dolphins display abnormal behavior in captivity due to depression. Dolphins slam their heads against the side of the tank’s concrete walls and like other captive marine animals, have attempted suicide. Dolphin Project also explains that “Many captive dolphins are regularly treated with ulcer medication or antidepressant medication to alleviate the frustration of captivity.”

The report Behind the Smile goes into detail about the fact that captive dolphins are suffering and it’s really just for people to profit. It found that “all captive dolphins in the tourism industry annually generate between $1.1 and 5.5 billion (USD). They identified that of 3,603 captive cetaceans, 3,029 of those are dolphins. The report states, “Our research shows that of the 3,603 cetaceans identified at those facilities, eight out of 10 (3,029) are dolphins, and 87% of those are bottlenose dolphins. More than 60% of all captive dolphins worldwide are kept by just five countries.”

These are the top five countries with the most captive dolphins by percentage:

Forbes created a very clear and helpful infographic charted by Statista that can be found on their site. And the report itself goes into such detail that it even includes a detailed list of every dolphin venue identified and the number of dolphins found in each venue as well as what kind of “services” were provided to visitors.

It’s important to remember that you can avoid contributing to such cruelty. Do not participate in swimming with the dolphins while traveling or visiting dolphinariums where they perform or are kept in captivity. Share this information with everyone you know so that they can also boycott such facilities. Lastly, sign this petition calling for an end to swim-with-dolphins programs.