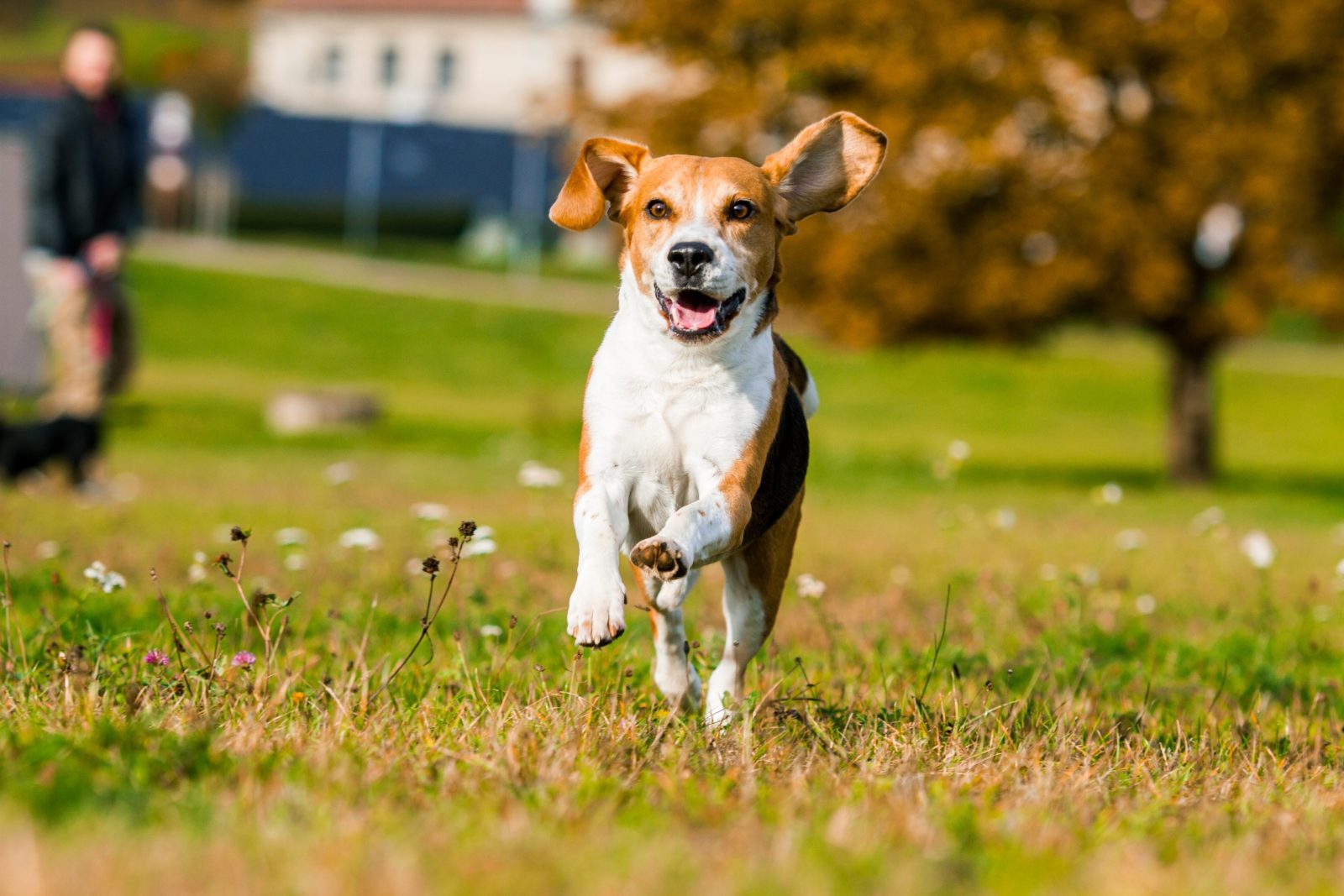 This California rescue threw former research beagles their very first birthday party after spending their lives in a cruel and heartless breeding facility. The Humane Society of the United States rehomed 43 beagles at Helen Woodward Animal Center in California after 4,000 beagles were removed from a research facility in Cumberland, Virginia.

Some of the new beagle residents attended the celebration of DOGust, which is the unofficial birthday for shelter dogs who do not have a known birthdate. Sheffield, Cambridge, and Wales were all in attendance and celebrated for the first time in their lives! The party included pup cakes, presents, toys, decorations, and, of course, special attention from staff members.

“These beagles have lived years inside of a kennel,” said Helen Woodward Animal Center Animal Care Supervisor Jenny Bueche. “No one has ever celebrated them or the beauty of their existence. We have had to guesstimate their ages based on dentals and exams. In many ways, these beagles represent exactly the type of forgotten canines that DOGust was created to honor.”

The initiative is the largest operation ever from the Humane Society of the United States following a long investigation by the USDA into the Virginia facility named Envigo. They found over 70 violations of the Animal Welfare Act, and the USDA also uncovered more than 300 puppy deaths due to “unknown causes” over only six months.

The Cumberland-based breeding company mass-bred beagles for testing and had a significant surplus of puppies during the pandemic when testing was on pause. The breeding facility was faulted for dangerous housing, inadequate veterinary care, and a lack of record-keeping. Secret footage taken by PETA and a federal report detailed the deaths at the facility and called for reform and oversight. The breeding facility, Envigo, blamed COVID-19 for the unnecessary deaths in their facility.

We are so happy that these dogs are being saved from this cruel facility and that caring people like the folks at Helen Woodward Animal Center are doing their best to give them the life they deserve!

Breeding animals is never ok, and they should never be used for testing. Most dogs bred for research in the United States are beagles. It is an extremely cruel practice, and these poor animals are bred and spend their short lives in pain and suffer from the countless heinous experiments they are subject to. We need to end animal testing immediately!