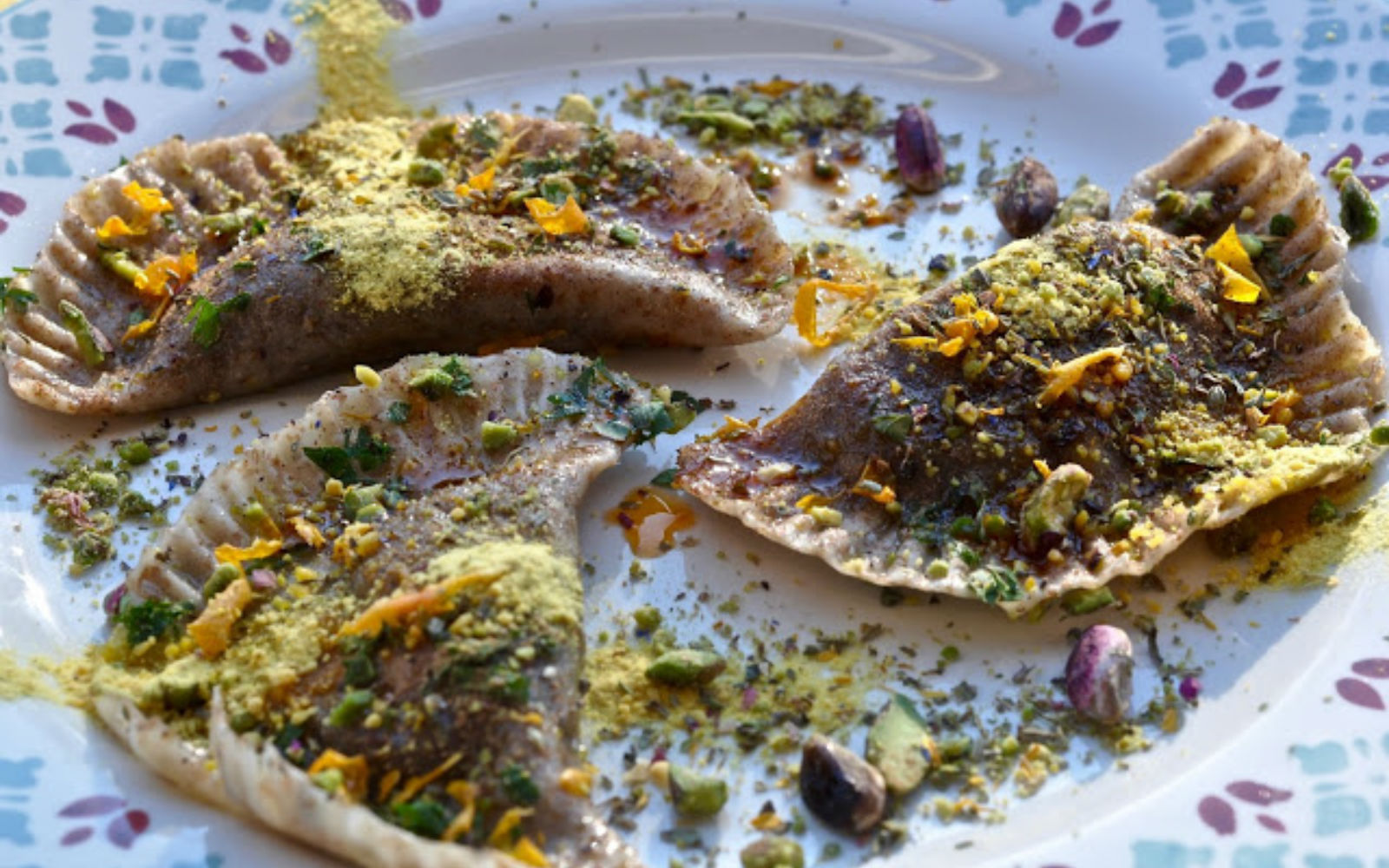 These ravioli are made with a mix of spelt flour and whole wheat flour to give a strong flavor. The filling is made from fermented tofu and radicchio, which gives a complex and cheesy taste. Each ingredient that makes up the dish is designed to balance and enhance the other flavors.

Valentina Chiappa: photographer and author of the blog PAROLE VEGETALI, vegan for ethical choice for several years, her cuisine speaks of her. Tireless traveler, she makes extensive use of a huge variety of spices she got to know everywhere she toured. She dabbles in revisiting traditional Italian dishes. Martial arts enthusiast, she aims for an equilibrium in her recipes like the one found in the five elements in nature. She also experiments with crudités. Thank you and have a beautiful day.