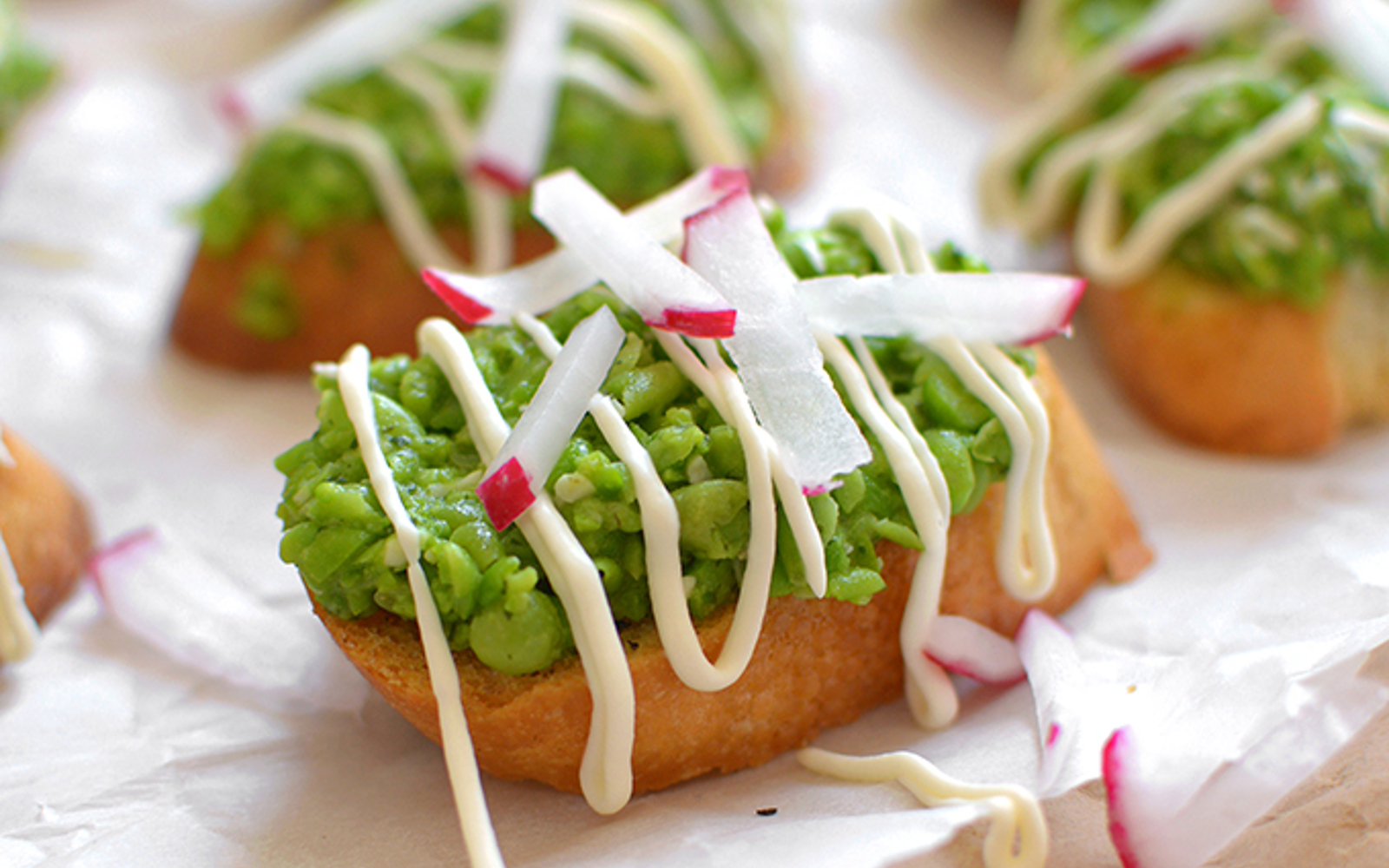 This light and fresh spring appetizer is the perfect way to whet your appetite without spoiling your dinner. These crostini are topped with an elegant pea mixture that's similar to a pesto, drizzled with vegan crème fraîche, and then finished with dainty slices of radish.

Whole foods recipes that will teach you to make the most of your produce.

Rachel is the creator of Simple Seasonal, a whole foods blog about making the most of your local farmer’s market or CSA. She is passionate about sustainable agriculture and has a partnership with a local naturally-grown farm. She enjoys inspiring fellow locavores with (mostly) healthy, seasonal recipes.