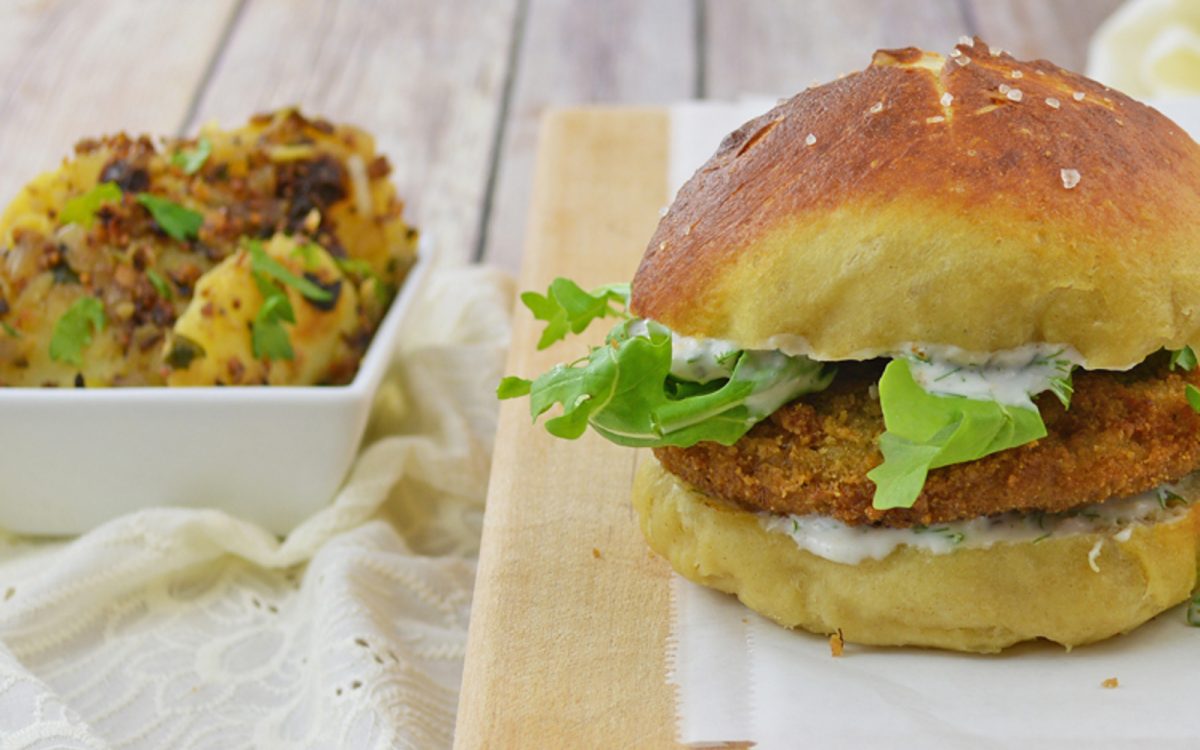 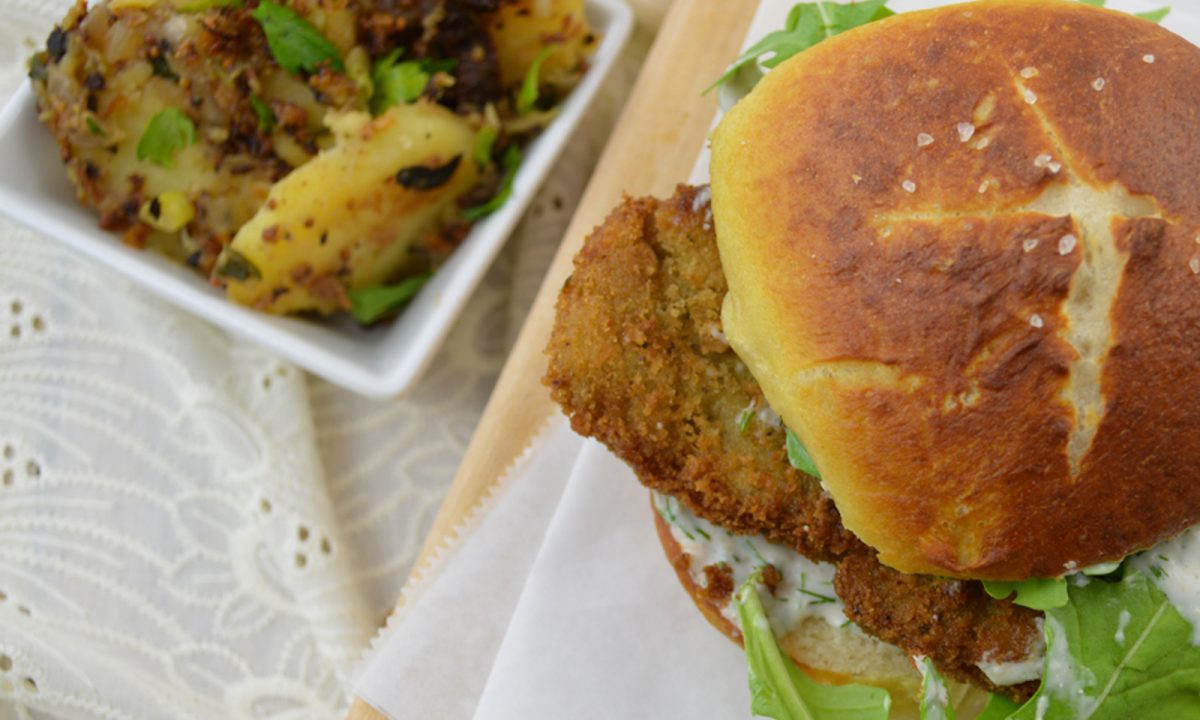 Schnitzel is a thin, breaded cutlet that is usually veal that is a popular dish in Austria and several other countries. In this recipe, the schnitzel is replaced by an equally thin seitan cutlet and then layered with vegan mayo, arugula, red onion, and plenty of horseradish in between two soft buns. For extra deliciousness and authenticity, use pretzel buns!

For the Horseradish Sauce:

To Make the Burgers:

To Make the Horseradish Sauce:

The sauce will keep in the refrigerator, covered, for up to a week.

Everyday family eats inspired by cuisines all across the globe.

Zsu Dever is the author of the cookbooks, Aquafaba, Vegan Bowls and Everyday Vegan Eats: Family Favorites from My Kitchen to Yours. She is a vegan mother of three teenagers and three adopted kitties. She resides in San Diego, CA, where she enjoys photography, recipe development, nature and blogging at Zsu's Vegan Pantry.