By Annie and Dan Shannon 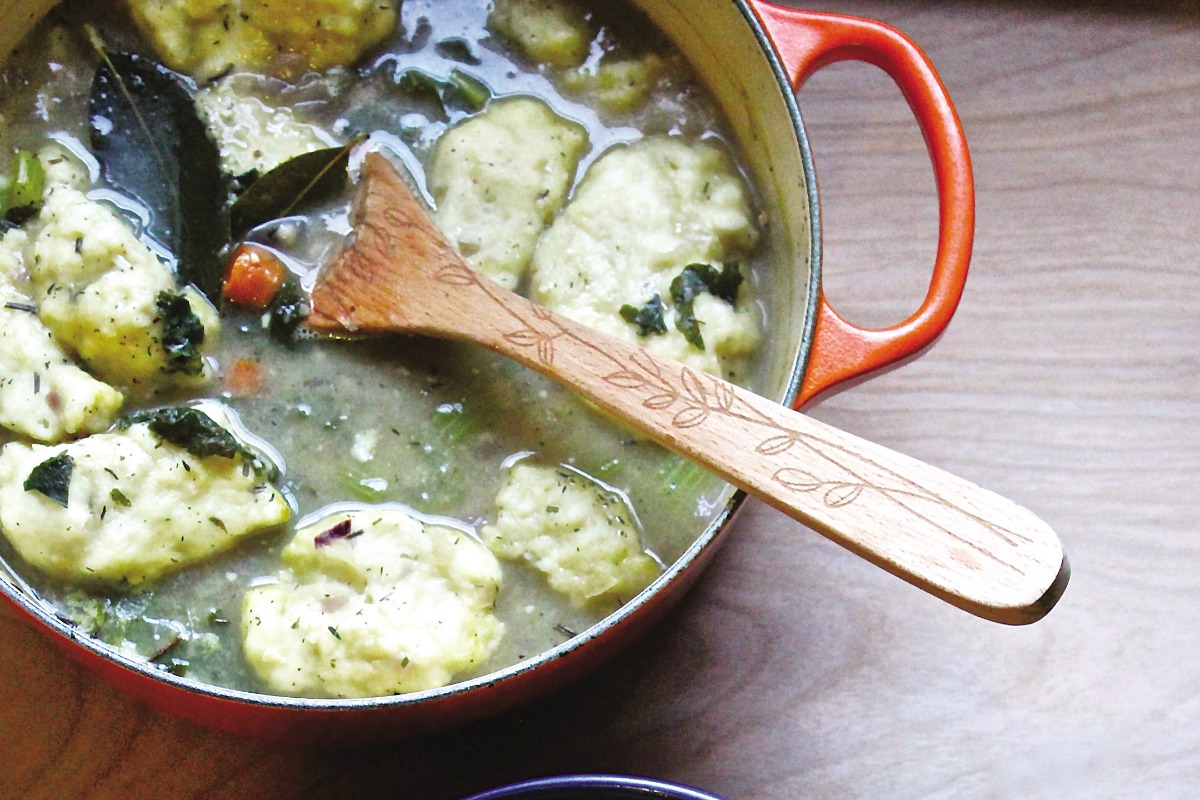 Chicken and dumplings is a famous southern dish. Maybe it’s because it’s so fun to say “dumplins” like a Sugarbaker in shoulder pads on Designing Women. But before the Great Depression, this dish was actually made famous by French-Canadian trappers, who were thought to have created this rustic version of coq au vin in the heart of the Great White North. During the Great Depression, it became all the rage in the United States because it was the perfect way to use leftovers from other meals. These days, it’s just beloved for being gosh darn delicious.

Annie and Dan Shannon live happily ever after in Brooklyn, NY with their new daughter and their spoiled cats. Their first book Betty Goes Vegan won VegNews magazine’s Cookbook of the Year award in 2013. She has worked at a number of animal advocacy organizations, including the Humane Society of the United States. Dan is Senior Strategy Director at Purpose, where he helps non-profit organizations build more engaged communities of supporters.