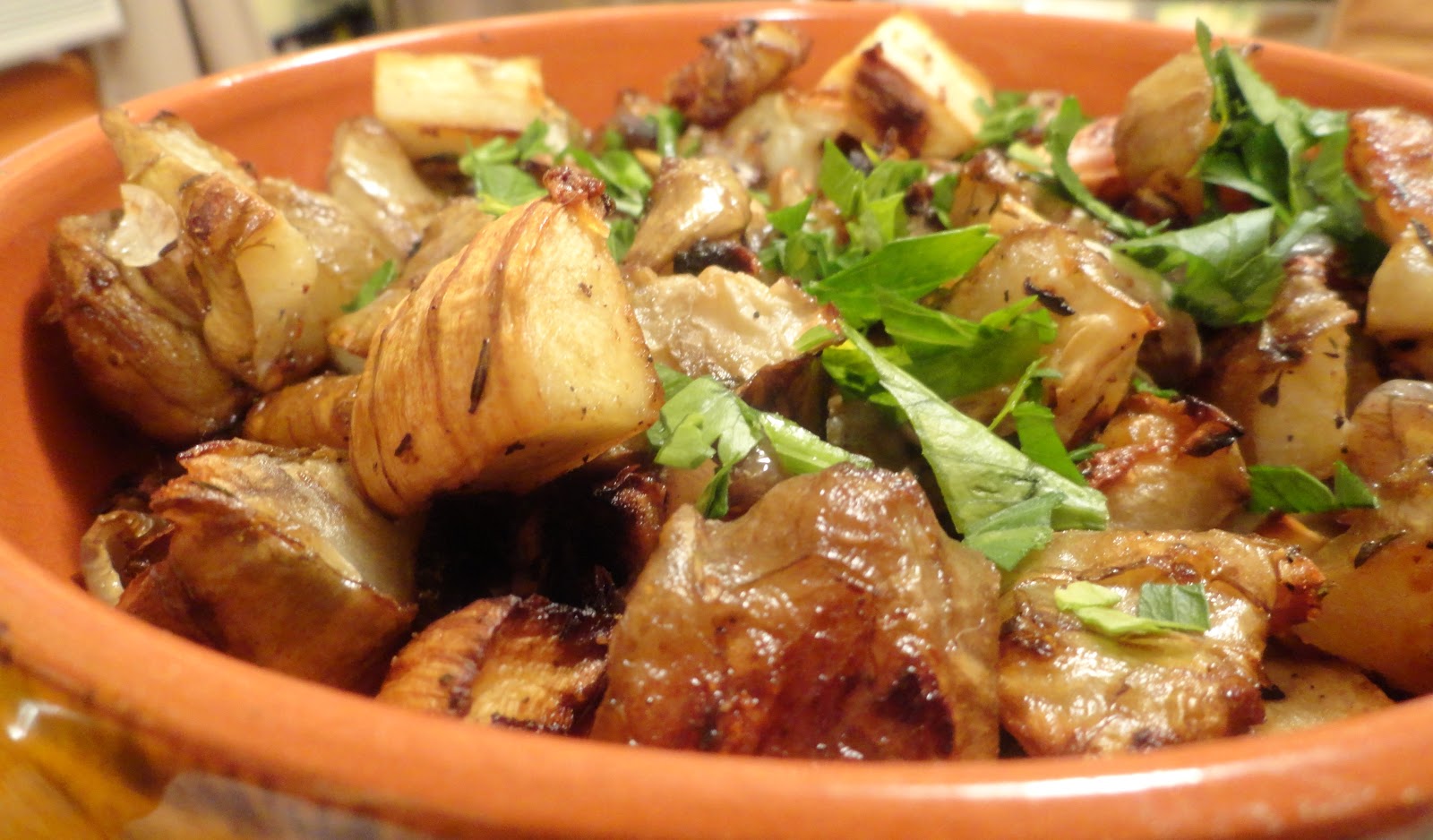 This was the first time I ever tasted Jerusalem artichokes. I wanted to try them ever since I heard that they tasted like a cross between potatoes and artichokes, two veggies I love. Following my own rule, I prepared them by simply roasting them. They are absolutely delicious. The Jerusalem artichokes, or sunchokes as they are also known, have the texture of potatoes and the taste of artichokes. They are a new favorite of mine. I also braised some kale – also simply with onion and garlic in some oil. Then I mixed the two dishes together to make a new dish that has a variety of tastes, textures and colors. Whether you serve them separately or together, these recipes are a great way to make new foods more inviting. Enjoy!

For the Braised Garlicky Kale

For the Braised Garlicky Kale

Total Calories: 332 | Total Carbs: 52 g | Total Fat: 4 g | Total Protein: 20 g | Total Sodium: 58 mg | Total Sugar: 0 g Note: The information shown is based on available ingredients and preparation. It should not be considered a substitute for a professional nutritionist’s advice.