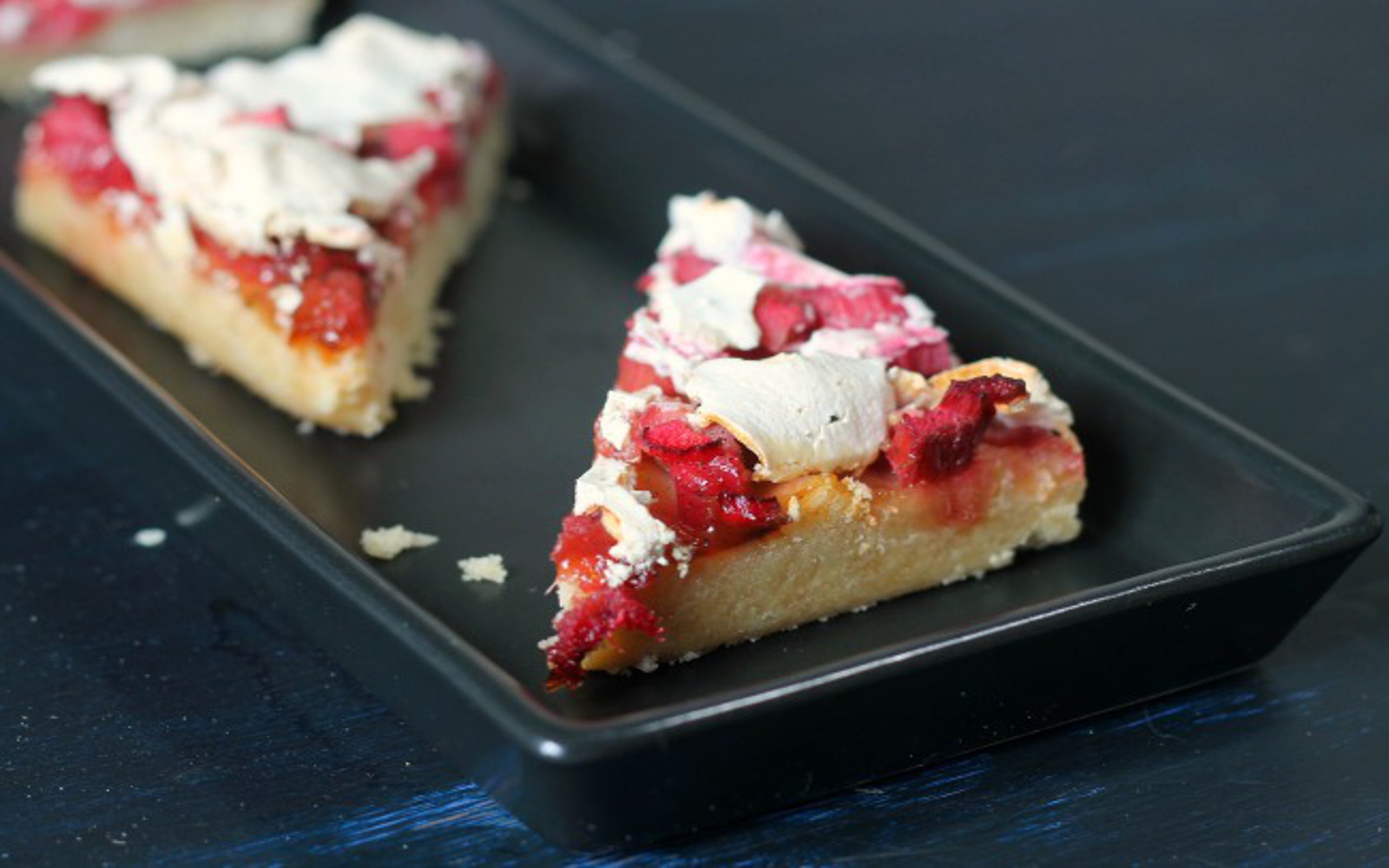 This dessert bar is made with rhubarb and aquafaba, the magical liquid from a can of chickpeas. It’s a meringue base, so the name is quite fitting because they are dreamy like clouds, baked atop a shortbread crust. Enjoy!

To make the crust:

To make the filling:

Rebecca Coleman is a food and travel blogger based in Vancouver, BC, Canada, and describes herself as a "localvore with a wanderlust. She is the author of "Aquafabulous!: 100+ Egg-Free Vegan Recipes Using Aquafaba (Bean Water)." While solo parenting the world's greatest teenager, she teaches marketing at BCIT and UBC, has an unapologetic addiction to Americanos, and makes the best vegan "pulled pork" ever.