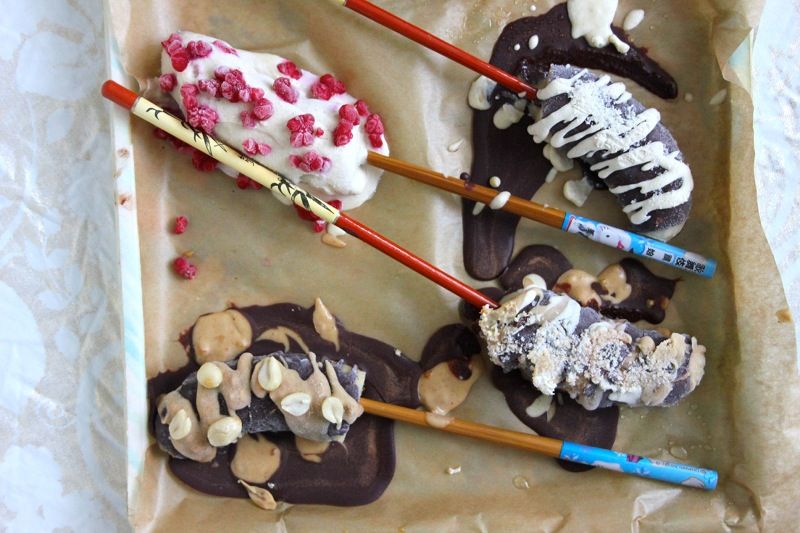 Now that temperatures are rising, everyone is craving ice cream, and I’m no exception. But I don’t the conventional type, by which I mean processed (vegan) soy ice cream. And I don't want raw nut ice cream either, because that's just as heavy. So for a lighter bite, why not try banana ice cream pops? These are super easy to make and really fun to decorate. I imagine kids would like to make these, as you can be as creative as you like.

For the Raw Chocolate Frosting:

For the Raw "White" Chocolate and Raspberry Frosting:

For the Peanut Butter Frosting:

To Make the Raw Chocolate Frosting:

To Make the Raw "White" Chocolate and Raspberry Frosting:

To Make the Peanut Butter Frosting:

The recipe states it yields 6 ice cream pops, but it yields plenty of toppings so you can just cut up a few extra bananas and freeze them to make extra pops. All the frosting can be made raw, just be smart about the ingredients you use. I didn't have raw peanut butter, but it's easy enough to make your own.