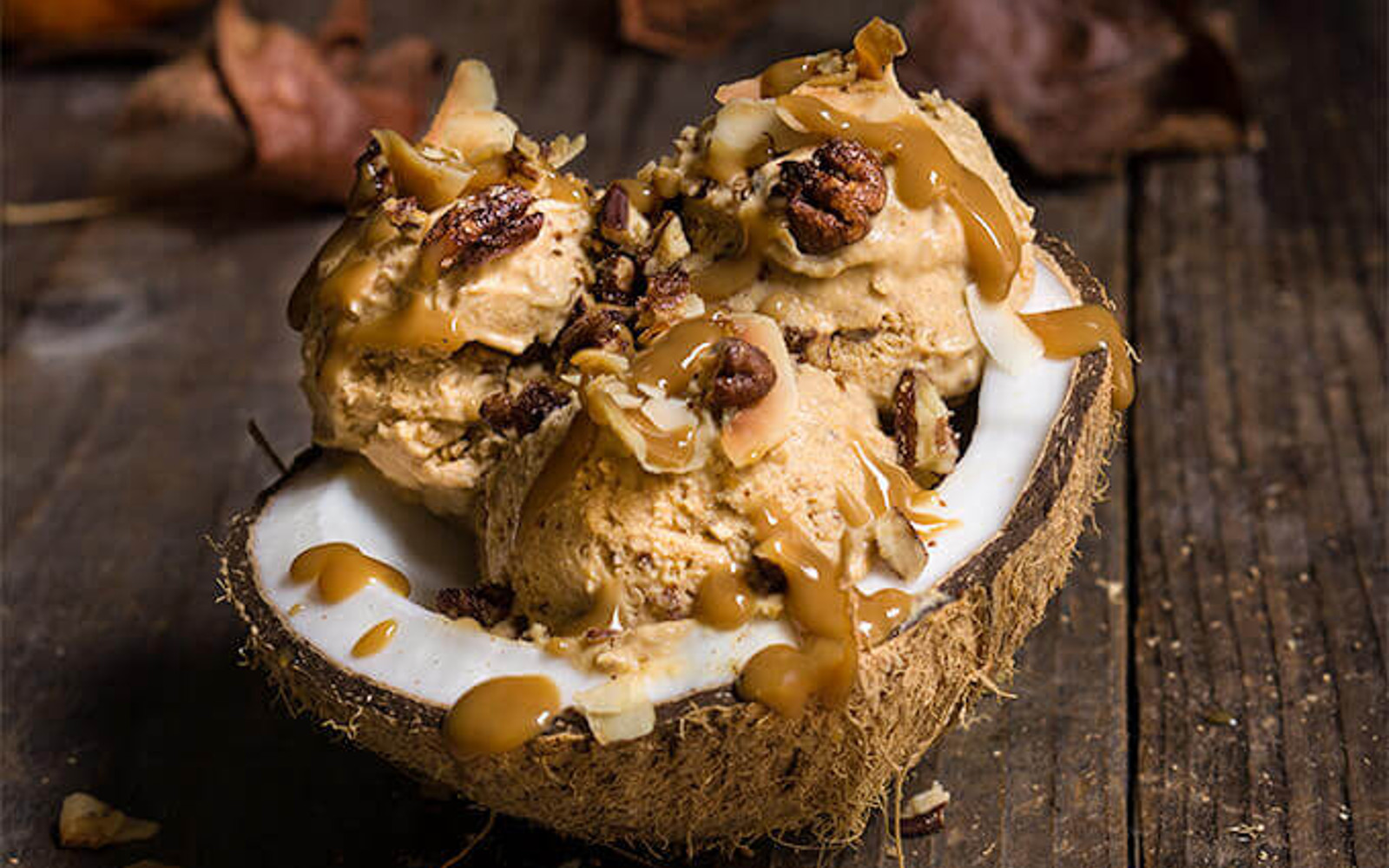 3-ingredients, no-churn vegan ice cream that’s as creamy and delicious as pumpkin pie, and totally decadent when drizzled with coconut caramel, toasted coconut chips, and maple-spiced praline pecans. If this sounds tempting, and if you are looking for ways to change up things for your Thanksgiving menu this year, why not make this pumpkin ice cream instead of the usual pie! With the same silky texture and flavors, it will be a hit for sure.

For the Pumpkin Ice Cream:

For the Coconut Caramel:

To Make the Coconut Caramel:

To Make the Pecan Praline:

Per Serving: Calories: 540 | Carbs: 26 g | Fat: 49 g | Protein: 6 g | Sodium: 65 mg | Sugar: 17 g Note: The information shown is based on available ingredients and preparation. It should not be considered a substitute for a professional nutritionist’s advice.

Viktoria Radichkova is a passionate healthY food lover, creative recipe developer, and food photographer at Viktoria's Table. Viktoria focuses on combining real, wholesome, and seasonal ingredients into simple and delicious meals. Her cooking is a fusion of Middle Eastern and Mediterranean flavors, with a touch of French influence and a sprinkle of exotic cuisines here and there.