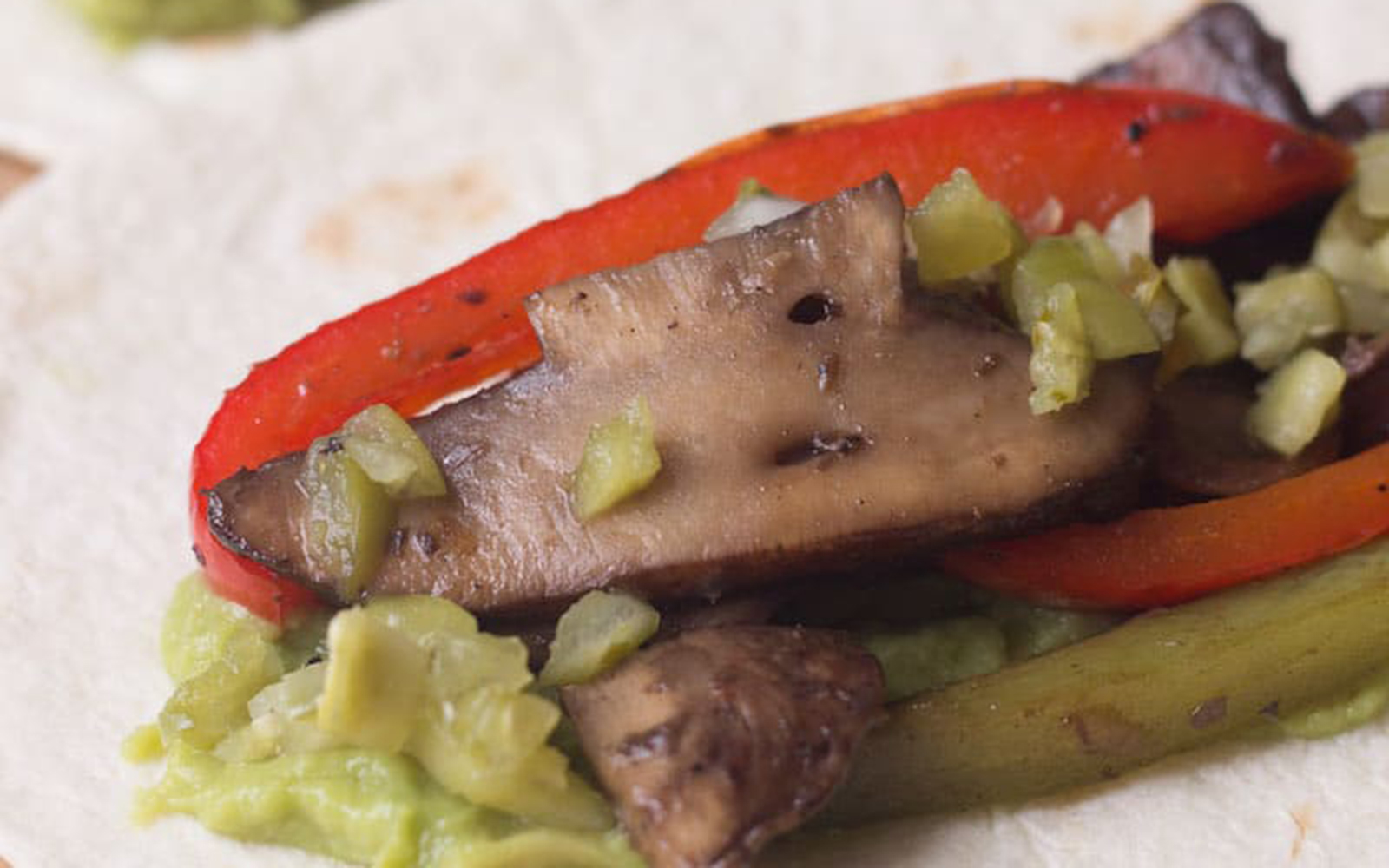 The marinated portobello mushrooms make these fajitas substantive and flavorful. Cook the peppers and onions until they’re a bit blackened for even more flavor.

Per Serving: Calories: 485 | Carbs: 61 g | Fat: 25 g | Protein: 13 g | Sodium: 783 mg | Sugar: 9 g Note: The information shown is based on available ingredients and preparation. It should not be considered a substitute for a professional nutritionist’s advice.