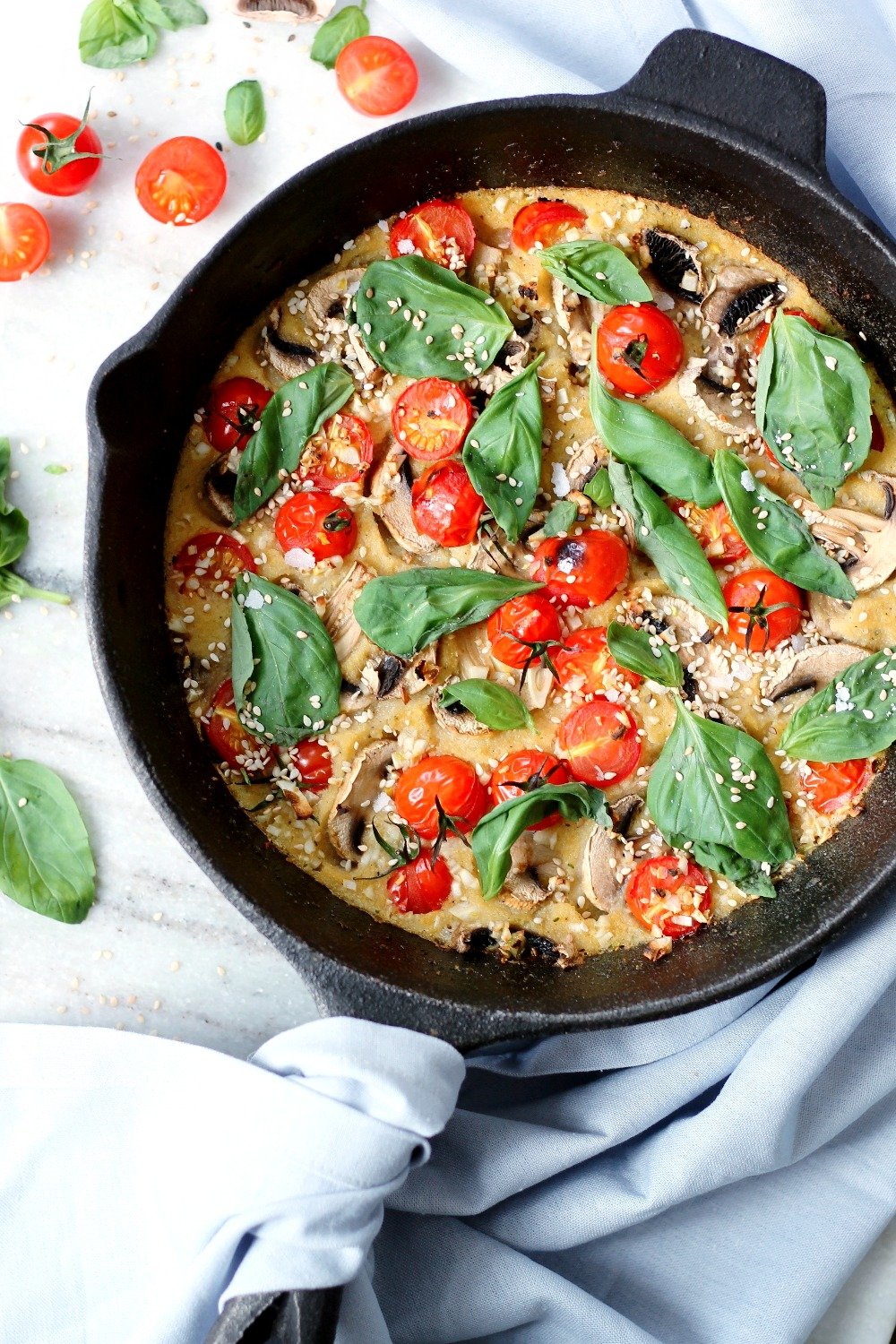 This vegan polenta frittata l is here to answer your savory breakfast prayers! Polenta mixed with spices, fresh cherry tomatoes, and white mushrooms are baked in the oven until crisp outside and indescribably "eggy" on the inside. The result was savory bliss that resembles egg frittata bakes.

Calories: 152 | Carbs: 26g | Fat: 2g | Protein: 6g | Sugar: 2g | Sodium: 298mg Calculation does not include sea salt to taste or toppings. Serving for 6 people. Note: The information shown is based on available ingredients and preparation. It should not be considered a substitute for a professional nutritionist’s advice.

My name is Hannah, and I started Two Spoons to bring you plant-based recipes worth sharing. My recipes are intended for everyone to enjoy, whether you’re vegan or simply trying to incorporate more plants into your diet. My recipes keep everyone in mind, from newbie cooks to vegan skeptics and vegan foodies.