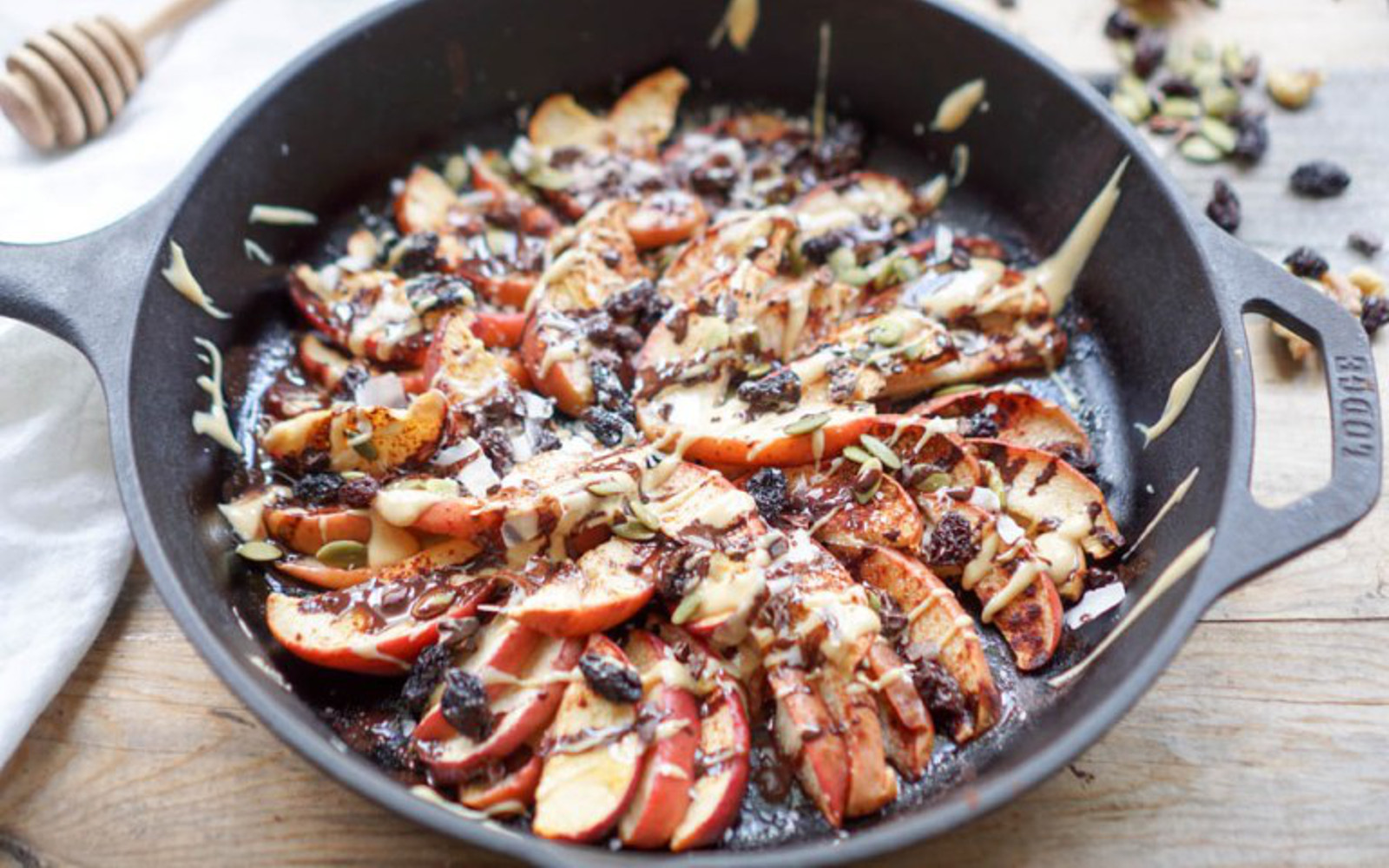 A fun fall treat that takes healthy eating a little less seriously! These baked apple nachos take dessert nachos to a whole other level. They’re like pie, but much easier and much healthier. If you bake them in your oven, the glorious smell would convince everyone that a traditional pie was in the making. You can even allow everyone to customize their own or you can pile on the toppings yourself!

Total Calories: 1006 | Total Carbs: 198 g | Total Fat: 45 g | Total Protein: 7 g | Total Sodium: 24 g | Total Sugar: 128 g Note: The information shown is based on available ingredients and preparation. It should not be considered a substitute for a professional nutritionist’s advice.