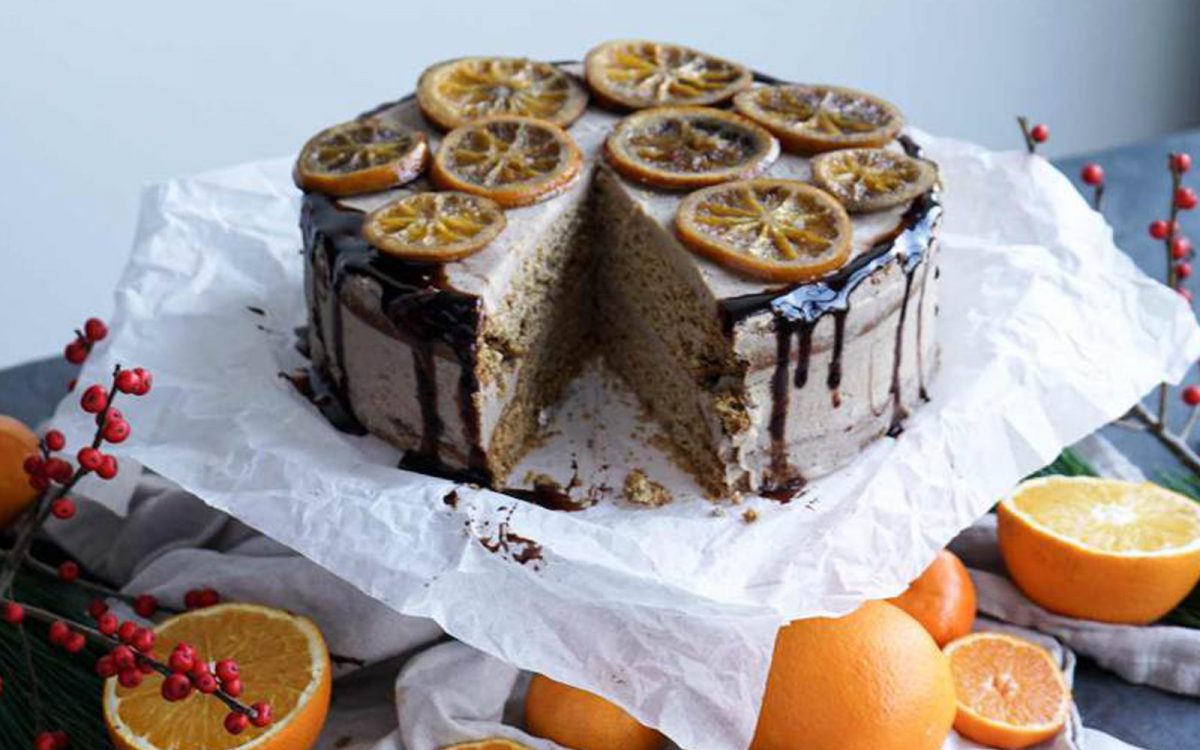 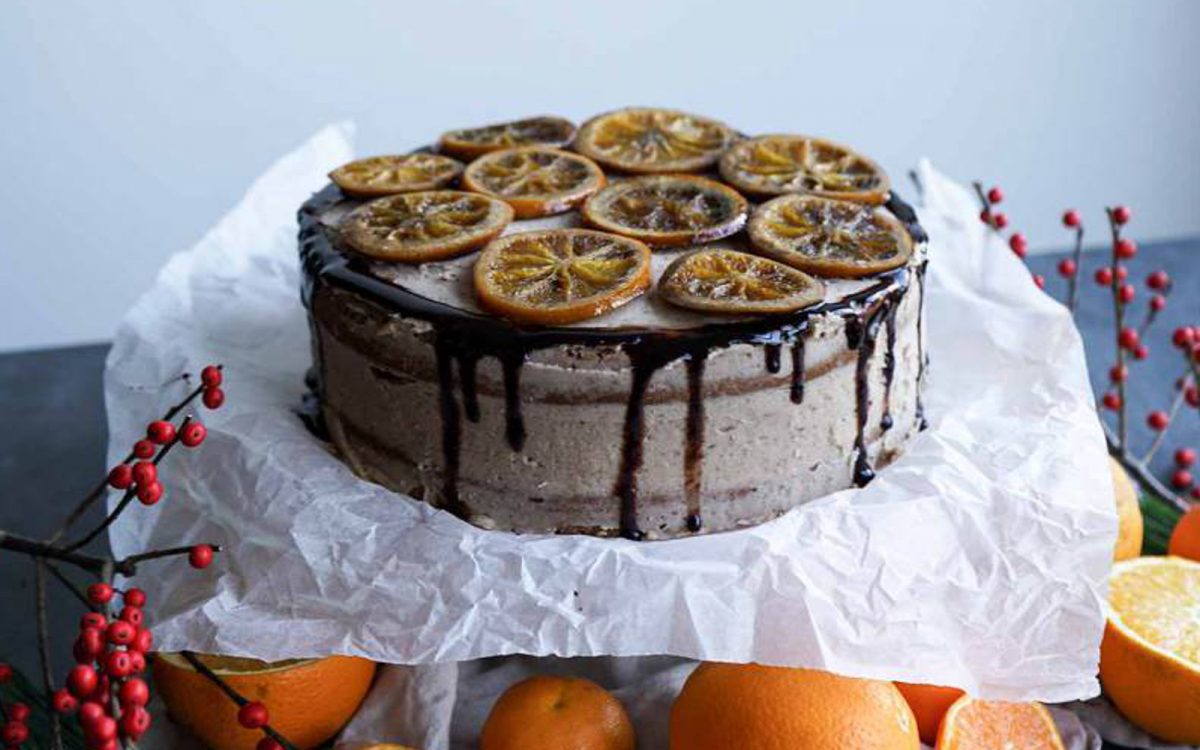 This cake is a meeting between two fantastic seasonal flavors: chestnut and orange. The whole wheat sponge cakes are infused with orange zest and juice. Those are layered with a decadent buttercream frosting made from chestnuts and coconut oil. When it comes to decoration, get as creative as you want! Whether you go with a dusting of cinnamon and cocoa or a drizzle of melted chocolate with sliced oranges, it's perfectly picturesque and delicious.

For the Sponge Cake:

To Make the Sponge Cake:

To Make the Frosting:

To Assemble the Cake:

Melina is a former Fashion Stylist turned Food Stylist, Photographer, and Recipe Developer. For her blog About That Food, she creates healthy and delicious cruelty-free recipes. She aims to make vegan cooking accessible and relatable to everyone and help people start a vegan lifestyle.