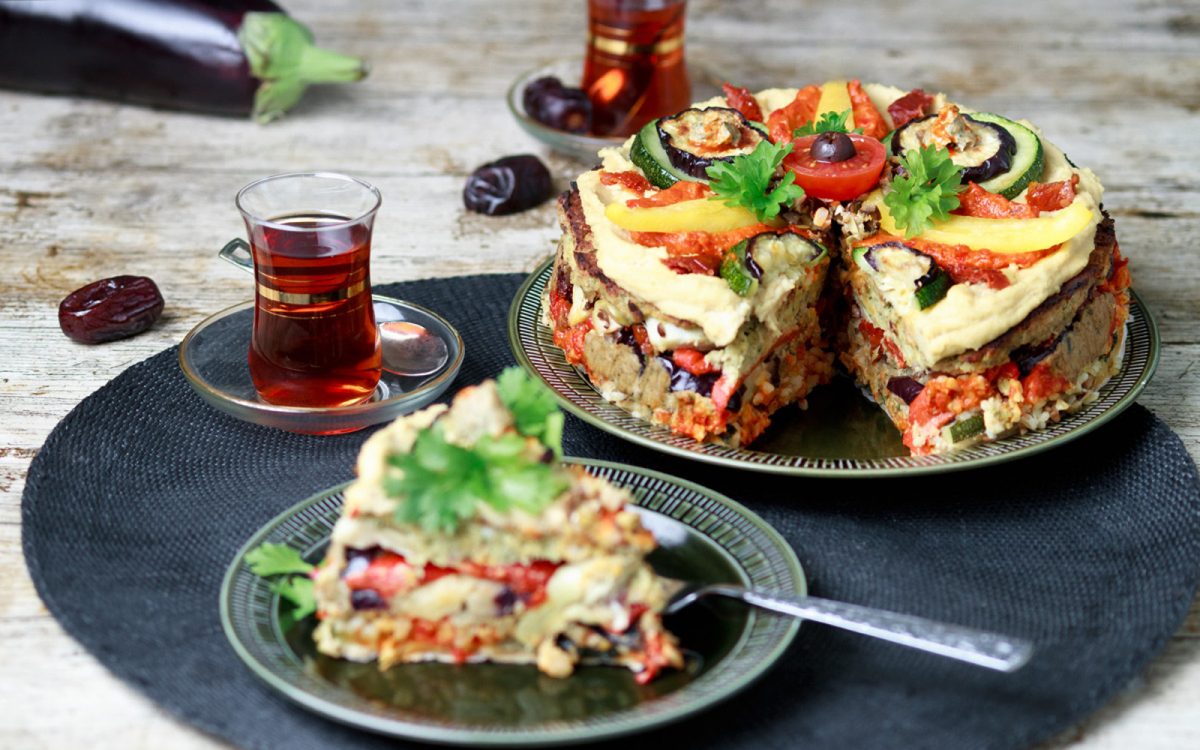 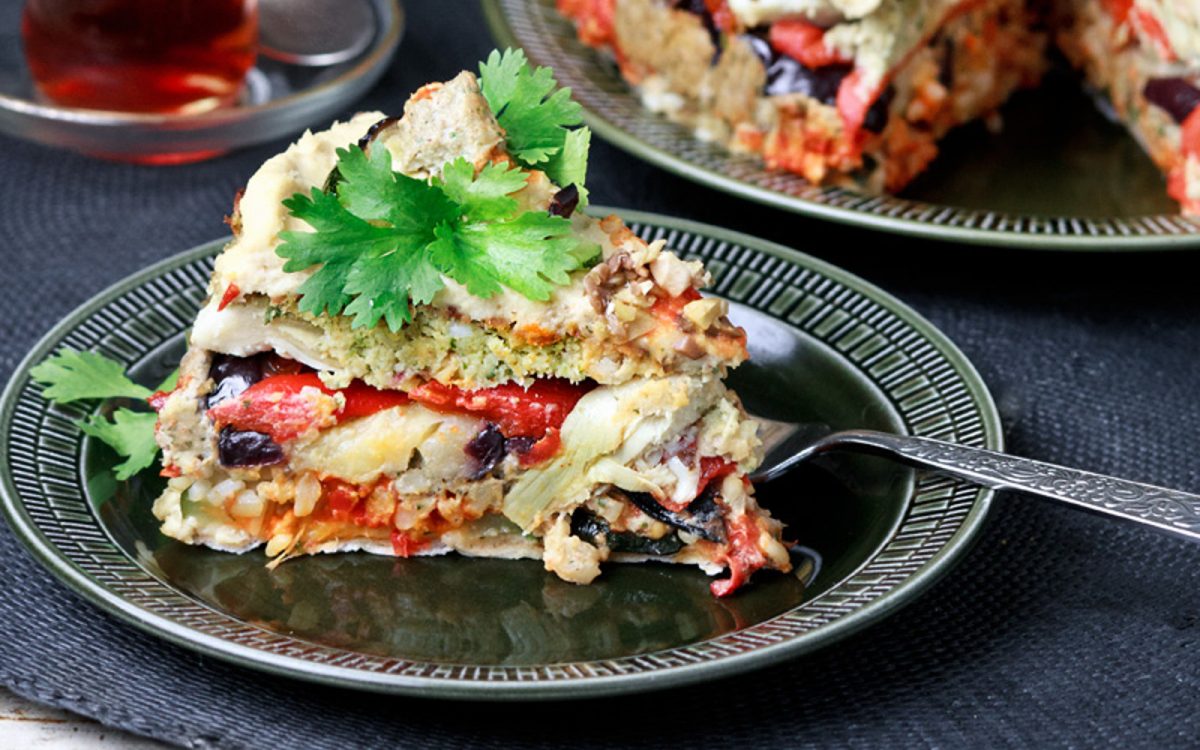 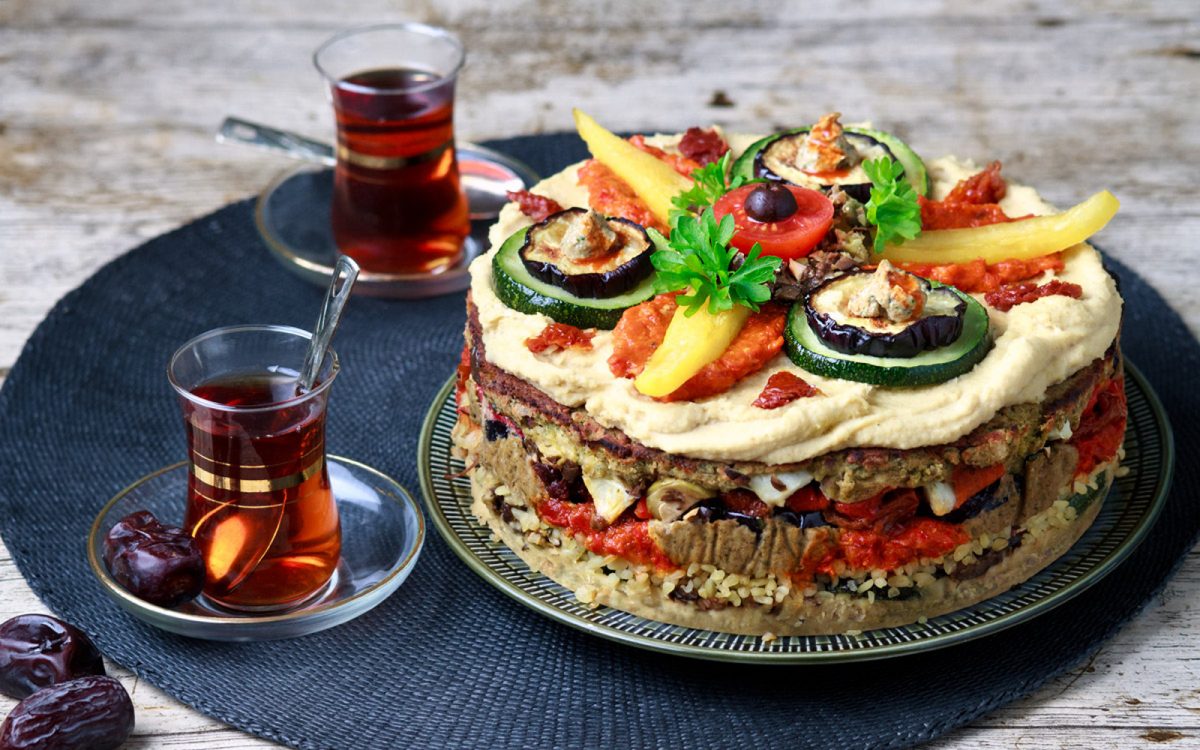 Need a show-stopping entrée for a party that's sure to knock everyone's socks off? You can go for a meze spread or you can put it all together into one awesome dish. This meze layer cake starts with a pita crust, followed by roasted zucchini, tapenade, a layer of bulgur, baba ganoush, eggplant, sun-dried tomatoes and other savory Mediterranean ingredients, and a layer of falafel batter ... you get it, it's loaded with all the good stuff. Finally, it's baked until warm. Doesn't get any better than this!

For the Meze Layer Cake:

For the Falafel Mix:

For the Baba Ganoush:

To Make the Homemade Mixes and Sauces:

To Assemble the Meze Layer Cake:

Veganized traditional dishes and desserts from all across the globe and new, exciting culinary creations.

Hi, I’m Chris, the guy behind Planticize. After being vegetarian for nearly 20 years, I finally went vegan in 2014! I enjoy eating, cooking, photography and travel. I’ve lived in three different countries, so my tastes are pretty eclectic. I love to planticize traditional dishes and create new and exciting ones, too! I think that going plant-based is the best for everyone and everything, and I strive to make food that looks and tastes great!