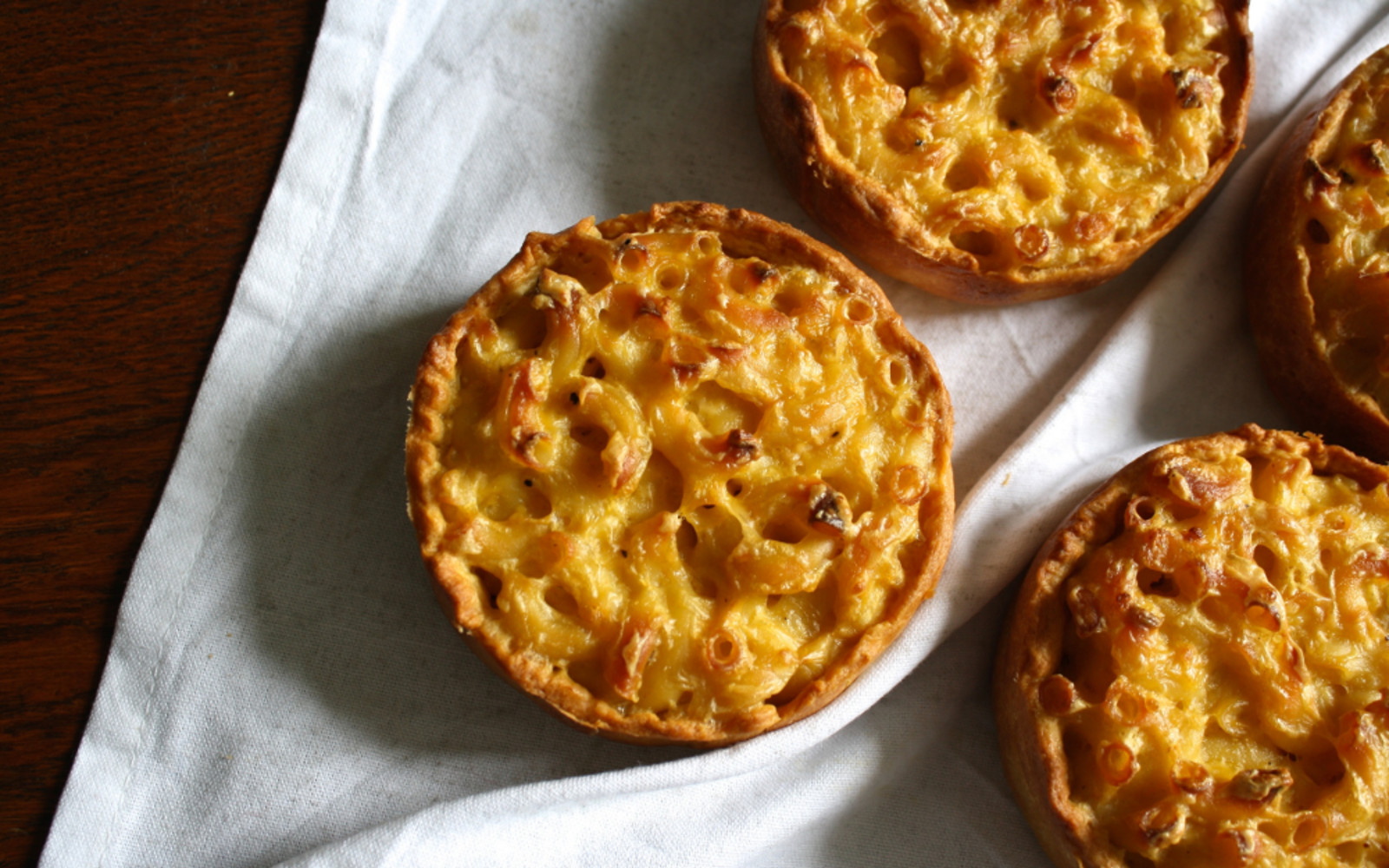 Macaroni pie is a Scottish delicacy that consists of a crisp, crumbly pastry crust that's filled with macaroni and cheese. This dairy-free version recreates it perfectly, from the crust to the gooey, cheesy mac and cheese filling. There's something otherworldly about the way these things come together, so much that you'll probably be left speechless when you take your first bite. You can make one large pie for this recipe or several small ones, if you're looking to make a shareable appetizer.

The best of hearty comfort foods made vegan.

Vegan Lass (AKA Emily Wilkinson) is a Glasgow-based chef. Part-foodie, part-activist, she is known both for her hearty recipes and outspoken advocacy. Her work has been featured by numerous publications including The Scotsman, Vegan Life Magazine, Vegan Food and Living, T.O.F.U. Magazine, and Peaceful Dumpling. She also caters events and leads cooking classes. You can follow Vegan Lass on Facebook, Twitter, and Instagram, and check out her latest recipes over on www.veganlass.com. For all inquiries email [email protected]