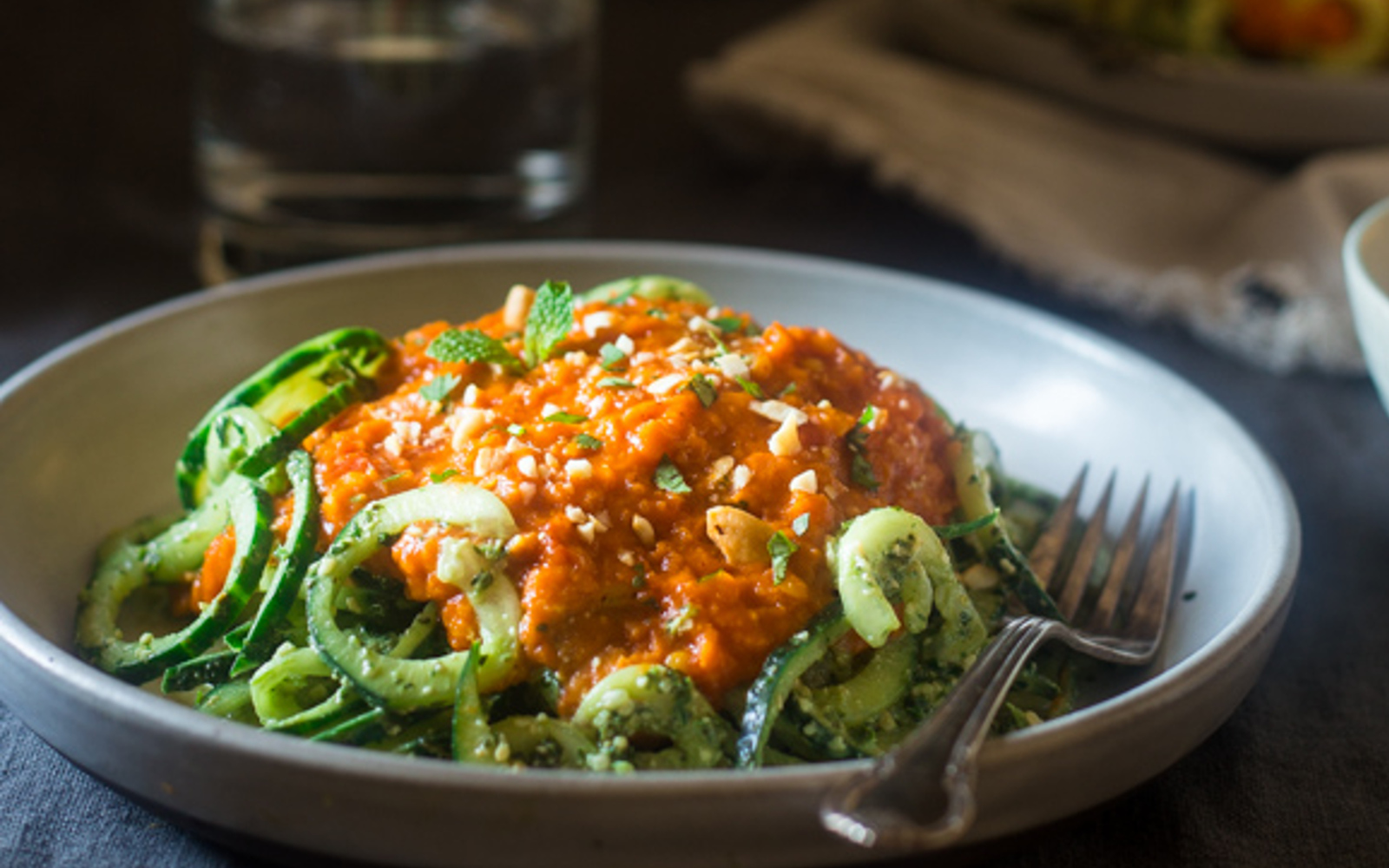 This dish is easy enough to make on a busy weeknight, without being boring. The meaty lentil coconut curry in this recipe sits on a bed of refreshing cucumber noodles. This recipe has so many different flavors going on at the same time; the lentil curry is spicy and tangy, the cucumber noodles are crisp and cool, and they're coated in a creamy cilantro pesto.