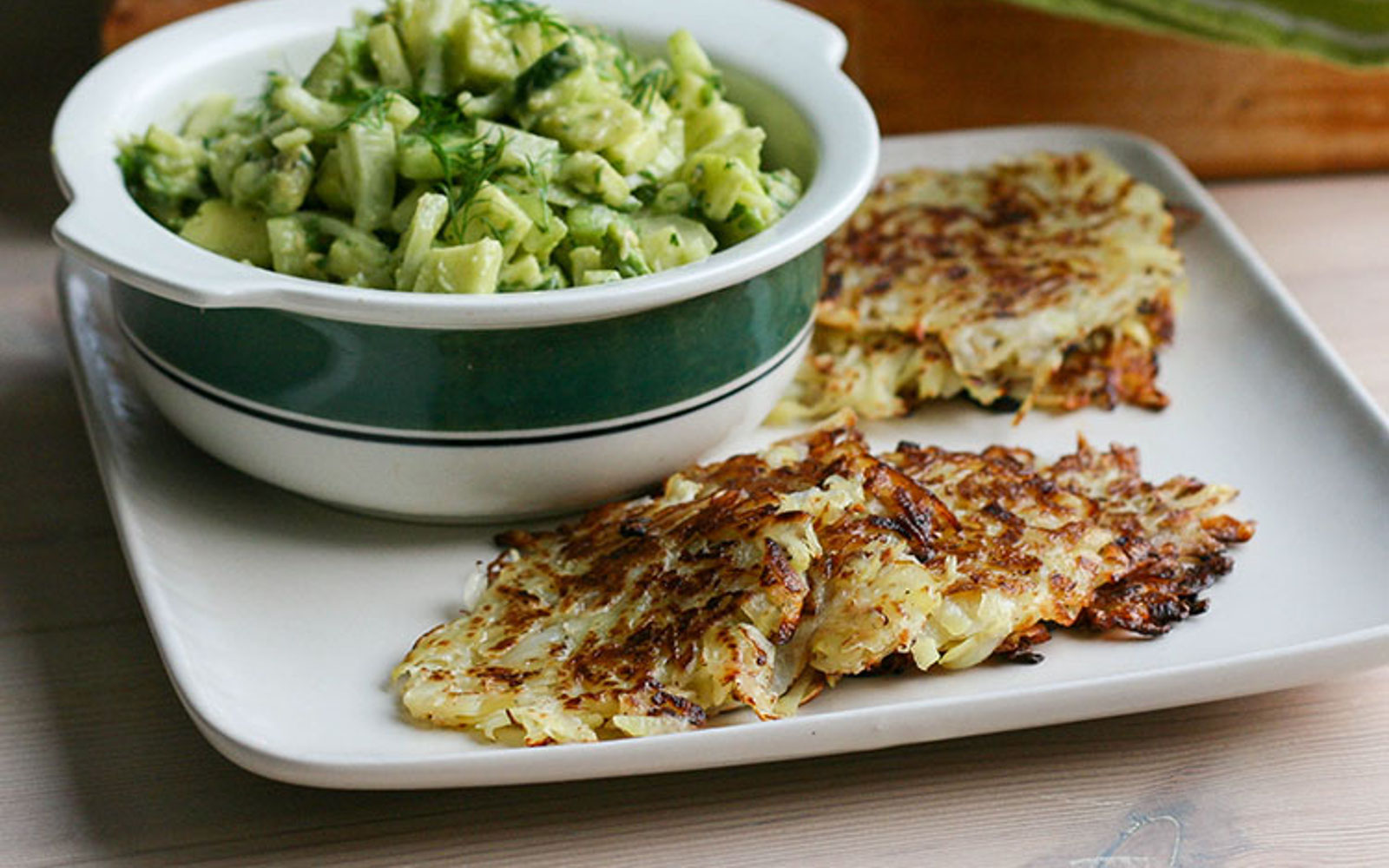 This dish breathes newness into the German style of eating latkes with creme fraiche and applesauce. The fresh flavors of fennel, dill, green apple, and horseradish balance the creaminess of avocado and the crispiness of the latkes. The leftover tartare is also the perfect spread for a sandwich or wrap!

To Make the Latkes:

To Make the Tartare:

Hi, I'm Maikki Vasala, a Finnish foodie and food blogger. I love green tea, fresh bread, sunny mornings, and peonies. I like to cook with colorful, fresh ingredients in my cooking, and I mix and match recipes from around the world. While I often find my inspiration in Asian and Middle Eastern cuisines, I also find time for the occasional Finnish specialties.