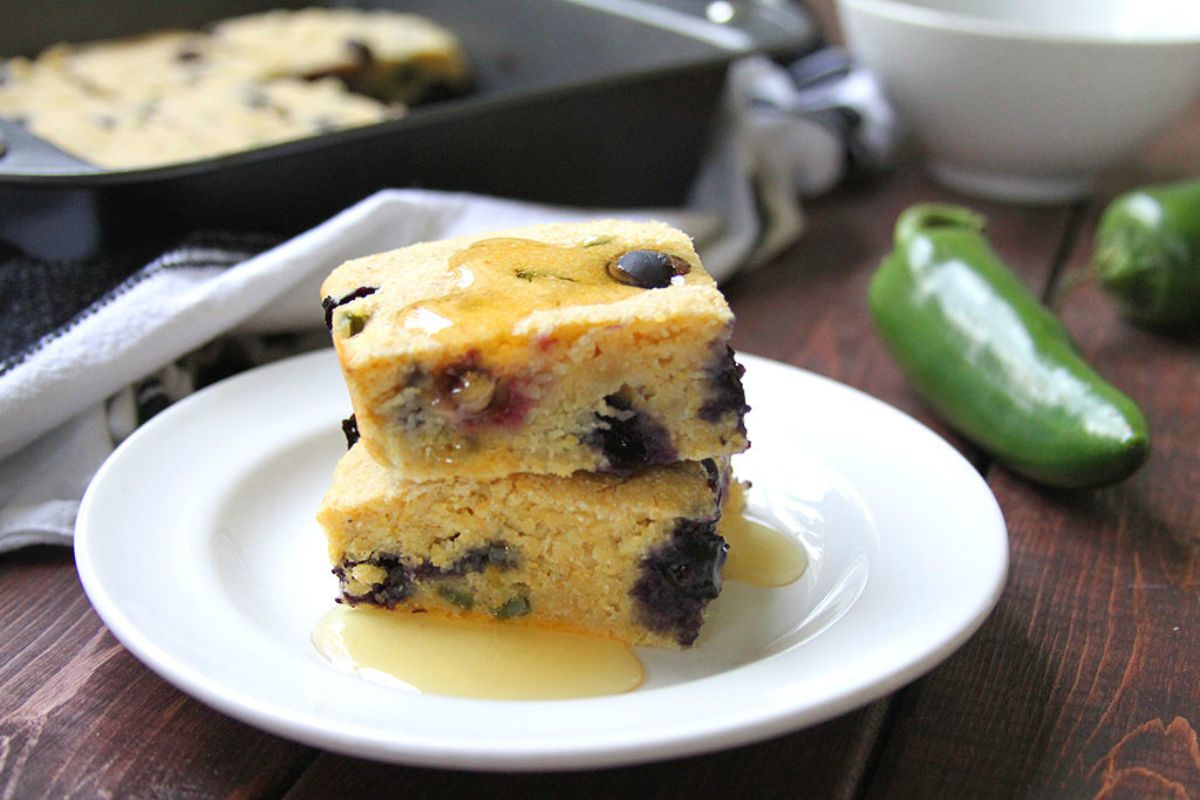 I like cornbread generally but their are varying degrees of cornbread awesomeness. Plain cornbread, its ok. I could eat some if I’m in the mood. Cornbread in a cast iron with crunchy edges…getting warmer. I might have a nibble or two. Now cornbread with jalapeños and blueberries? That baby is going down no matter what. I didn’t have a small-ish cast iron pan but if I did…oh boy.

Adjust the amount of jalapeño to your liking. 3 TBSP had a nice kick for me.

Delicious, nutritious dishes to help you feel your best.

Chrysta Hiser is the creator behind the vegan food blog, Noshed. She currently resides in sunny Austin, Texas where she spends her days creating dishes that not only taste delicious but are packed with nutrients that will help you feel your best. Chrysta is passionate about nutrition but also has a love for strength training and enjoys being as active as possible. When she is not tearing up the kitchen or lifting heavy objects you can find her studying or hanging out with her husband and two kitties.