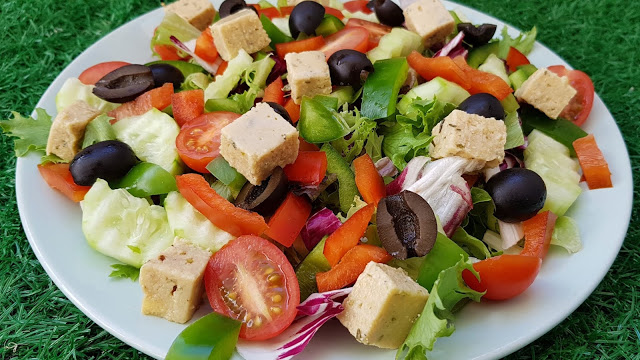 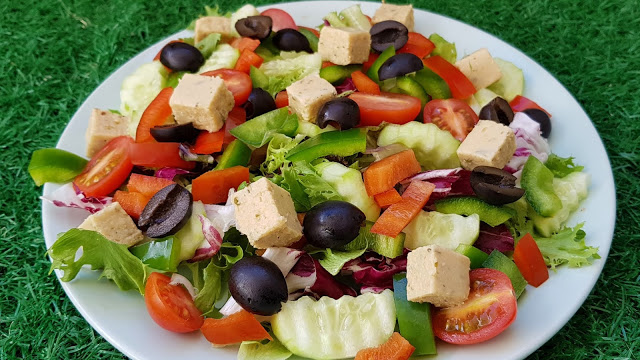 The Greek salad is a typical recipe of the cuisine of Greece that is made with the typical ingredients of this country and the Mediterranean diet in general. The basis of this rich and easy salad are tomatoes, red onion, cucumber, pepper, olives and feta cheese. Traditionally it is seasoned with olive oil, salt, pepper and oregano.