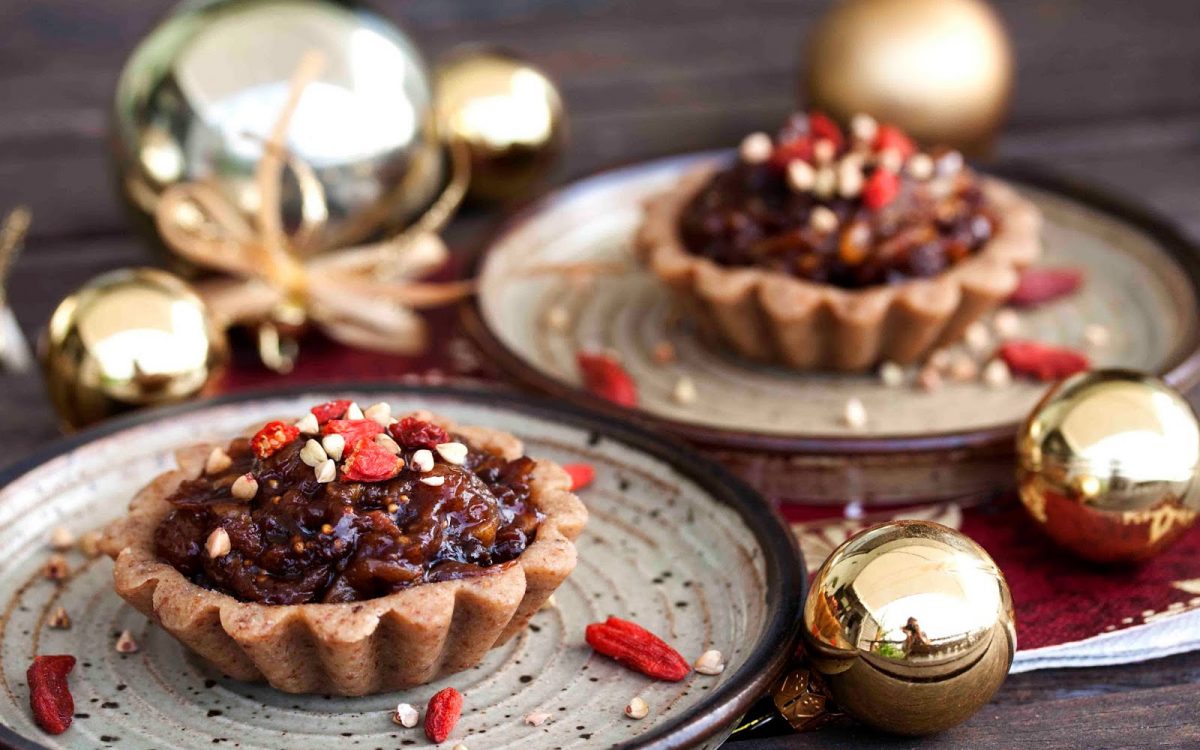 This traditional British recipe is a Christmas classic that dates back to the 13th-century. It typically is made from a combination of minced meat, fruit, and Middle Eastern spices, but this raw version uses all dried fruit as the filling. There are two different crusts: one nut-free and one made from cashews. These mini fruit mince tarts are the perfect size for a Christmas dessert spread: delicious enough to satisfy your sweet tooth, but small enough to leave room for more dessert.

For the Nut-Free Crust:

For the Soft Crust:

To Make the Nut-Free Crust:

To Make the Soft Crust:

Coconut flour is very dry and will produce a much firmer and drier crust. It would probably help to keep the soft cashew crust from going soft so quickly.

Lover and creator of Karen Luvs Life, a food blog featuring tasty treats made with real food! My passion is to re-create recipes straight from what nature has provided us with and then devour them with a positive mindset knowing that we nourish our bodies with every tasty bite. My vegan creations include raw, paleo, gluten-free, and grain-free versions of everything wicked, made as healthy as possible whilst maintaining the amazing taste and wow factor.