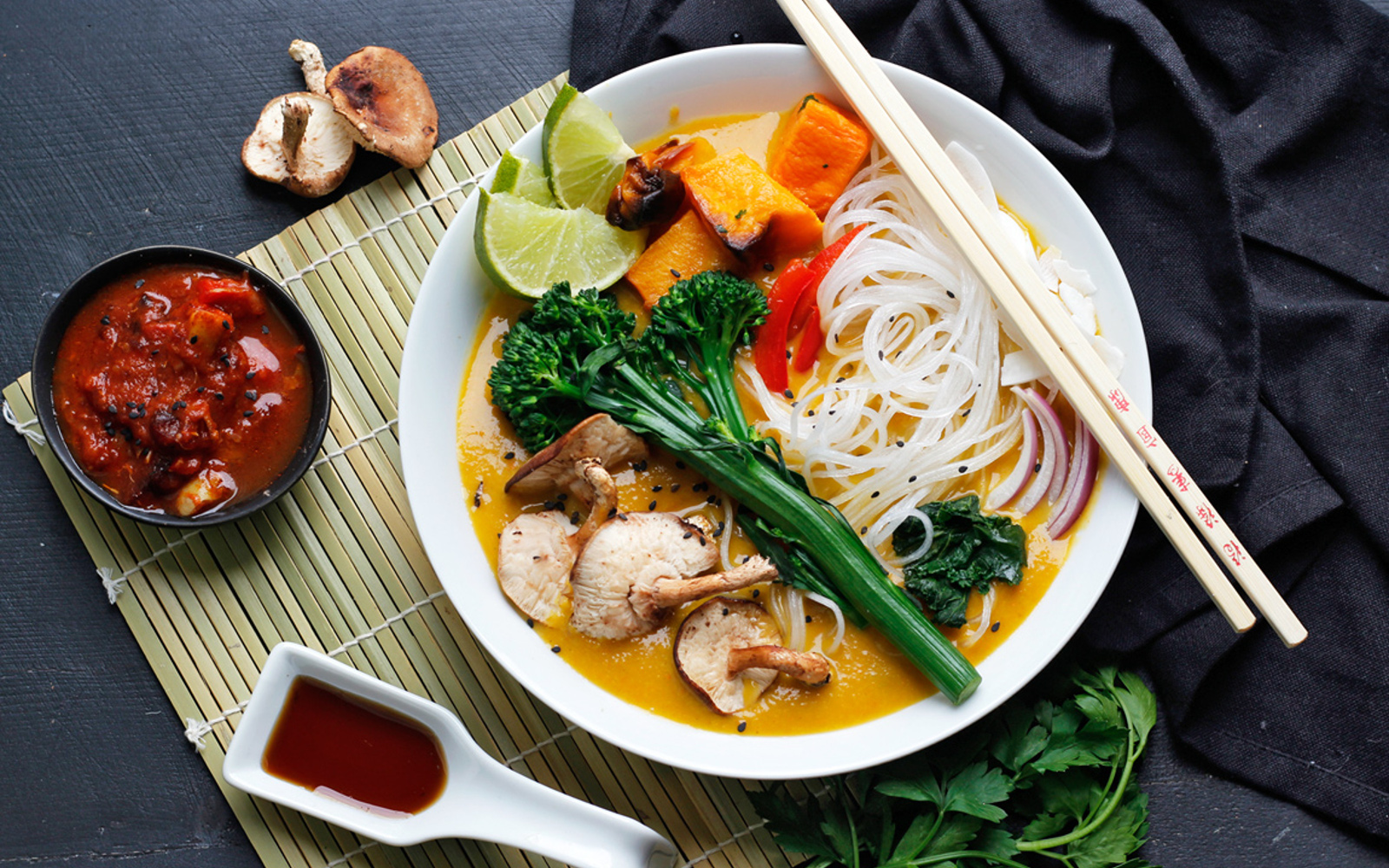 Khao soi is a popular dish from the Chiang Mai region of northern Thailand. It is a coconut curry noodle soup and oddly not often found in Thai restaurants around the world. The authentic version is made with egg noodles and chicken, which can easily be replaced with glass bean noodles and shiitake mushrooms. Get ready for lots of spicy chopping! This soup is fun to make, loaded with flavor and spice, and is definitely the next thing on your to do list.

For the Spicy Paste:

For the Other Ingredients:

To Make the Paste:

To Make the Broth:

Per Serving of Broth: Calories: 25 | Carbs: 5 g | Fat: 0 g | Protein: 4 g | Sodium: 1,252 mg | Sugar: 4 g Note: The information shown is based on available ingredients and preparation. It should not be considered a substitute for a professional nutritionist’s advice.