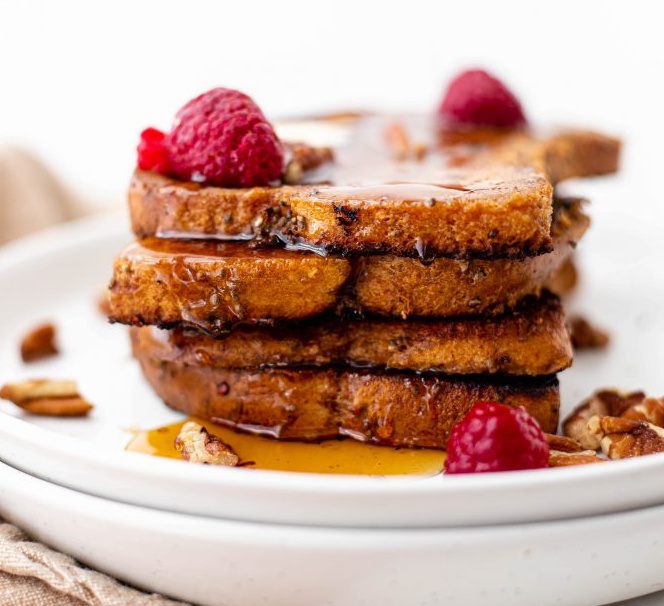 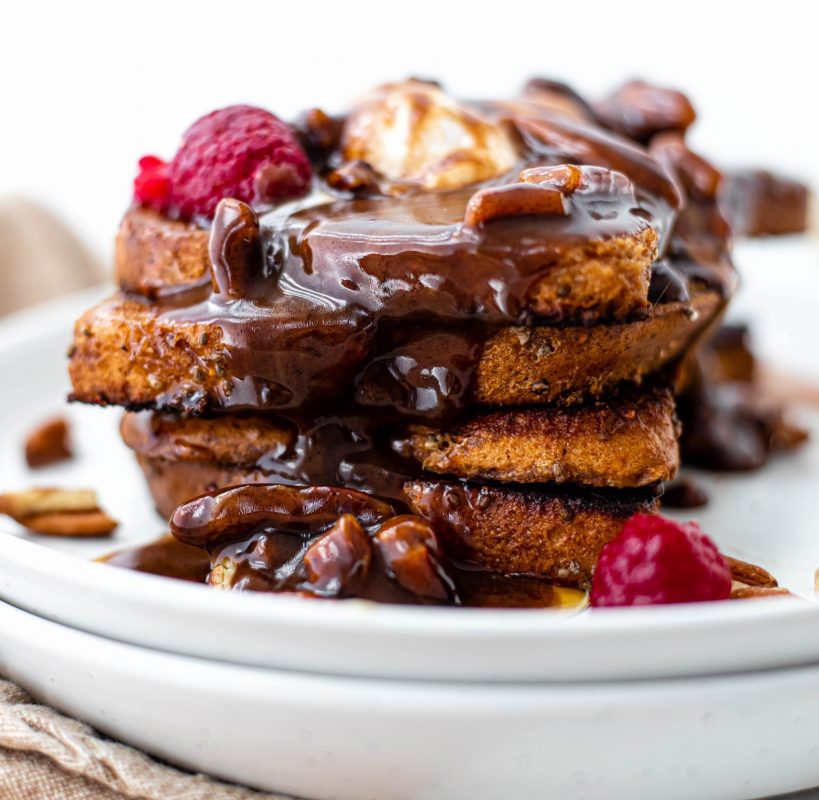 This Dairy Free French Toast takes a classic breakfast to the next level. The pecan cinnamon-sugar sauce will knock your socks off. It makes for all the cozy vibes you need on your weekend mornings.

For the French Toast Batter:

For the Cinnamon Roll Pecan Topping:

For the French Toast:

For the Cinnamon Sugar Sauce (optional):

Robin is the author behind Greens, Eggs, and Yams. Her love language is food and being in the kitchen provides a certain meditation for her. She loves creating and eating healthy foods, which is reflected in her recipes. Robin started on this food journey about ten years ago when she changed to a gluten-free + plant-based diet. Robin’s desire to live a healthy lifestyle motivates her to create wholesome and dreamy foods.