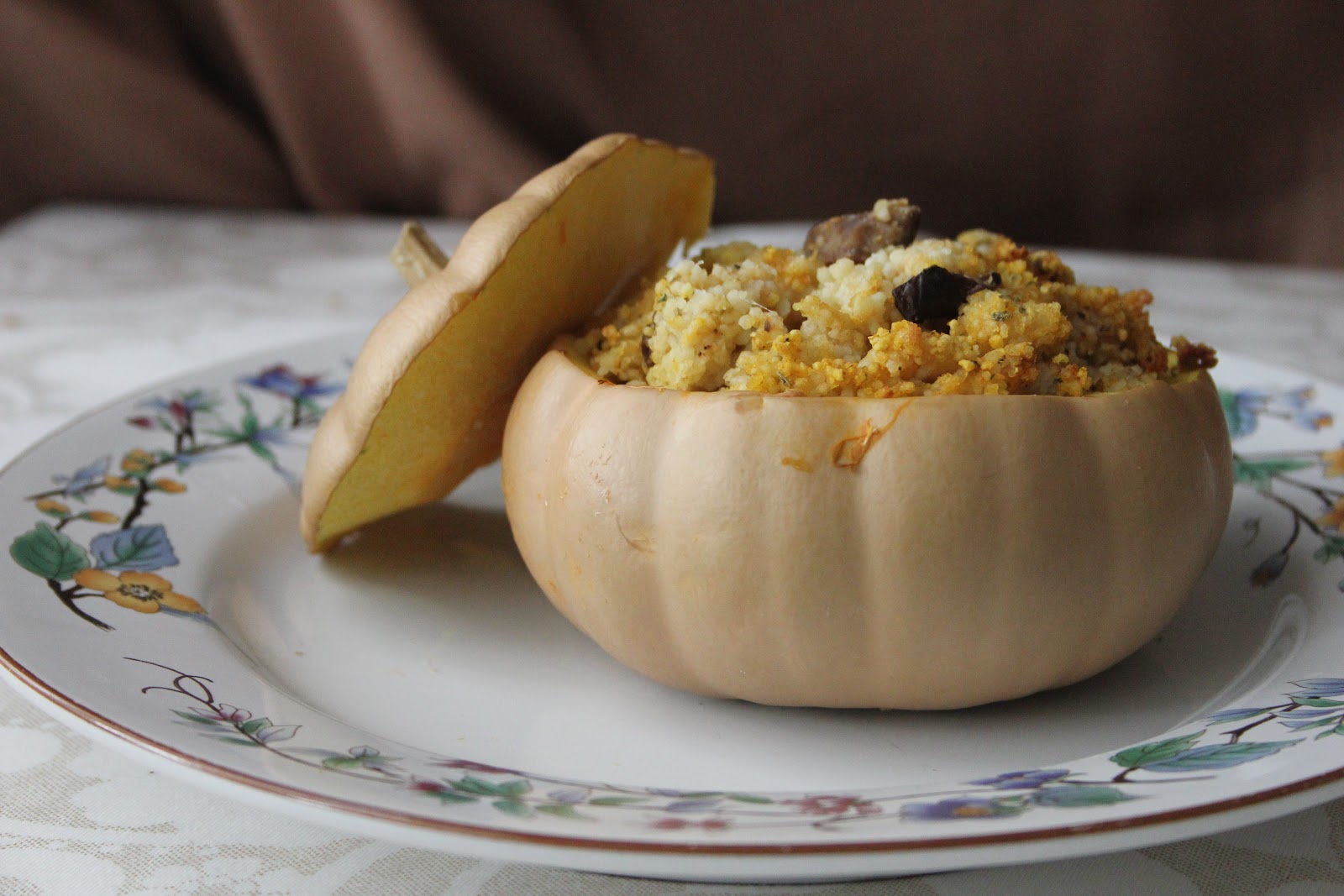 This stuffing is light and packed with gentle, soothing flavors. The wonderful thing about stuffing is that you can really do whatever you want with it: shake up the flavors, add more or less seasoning, use bread or go off the traditional path with some other grains. It's your party, you eat what you want! I wanted couscous, chestnuts, and just a little bit of creamy pumpkin, so that's what I put together. And that's what I'm having this Christmas.