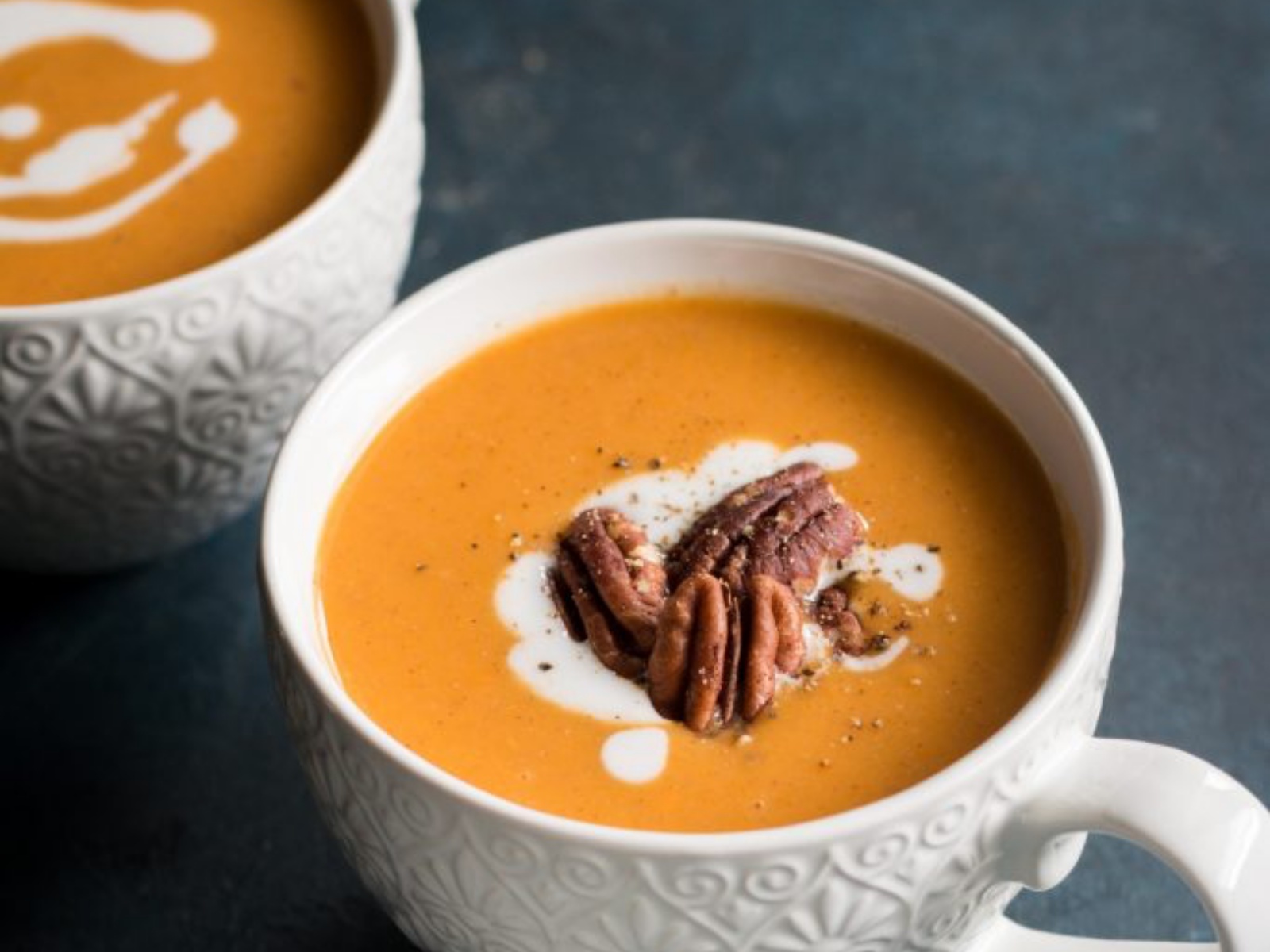 This soup is packed with flavor from ginger, coriander, shallots and a touch of cinnamon. If you’re looking for even more flavor, you could always sauté some garlic with the shallots and add some extra coriander. We topped the soup with toasted cinnamon pecans for a little crunch. This is completely optional, but recommended if you’re looking to take this soup to the next level. It makes for a beautiful holiday appetizer or side, especially when drizzled with coconut milk and topped with pecans.

For the Cinnamon Pecans:

I’m Caroline, a registered dietitian living in Kelowna, British Columbia. I help others eat more plants, improve their relationship with food and quit dieting. I want to inspire you to work on your relationship with food without trying to eat “perfectly.” Most of all, I want to share nutritious recipes that will make you fall in love with food and cooking all over again–recipes that will feed your body and your soul!