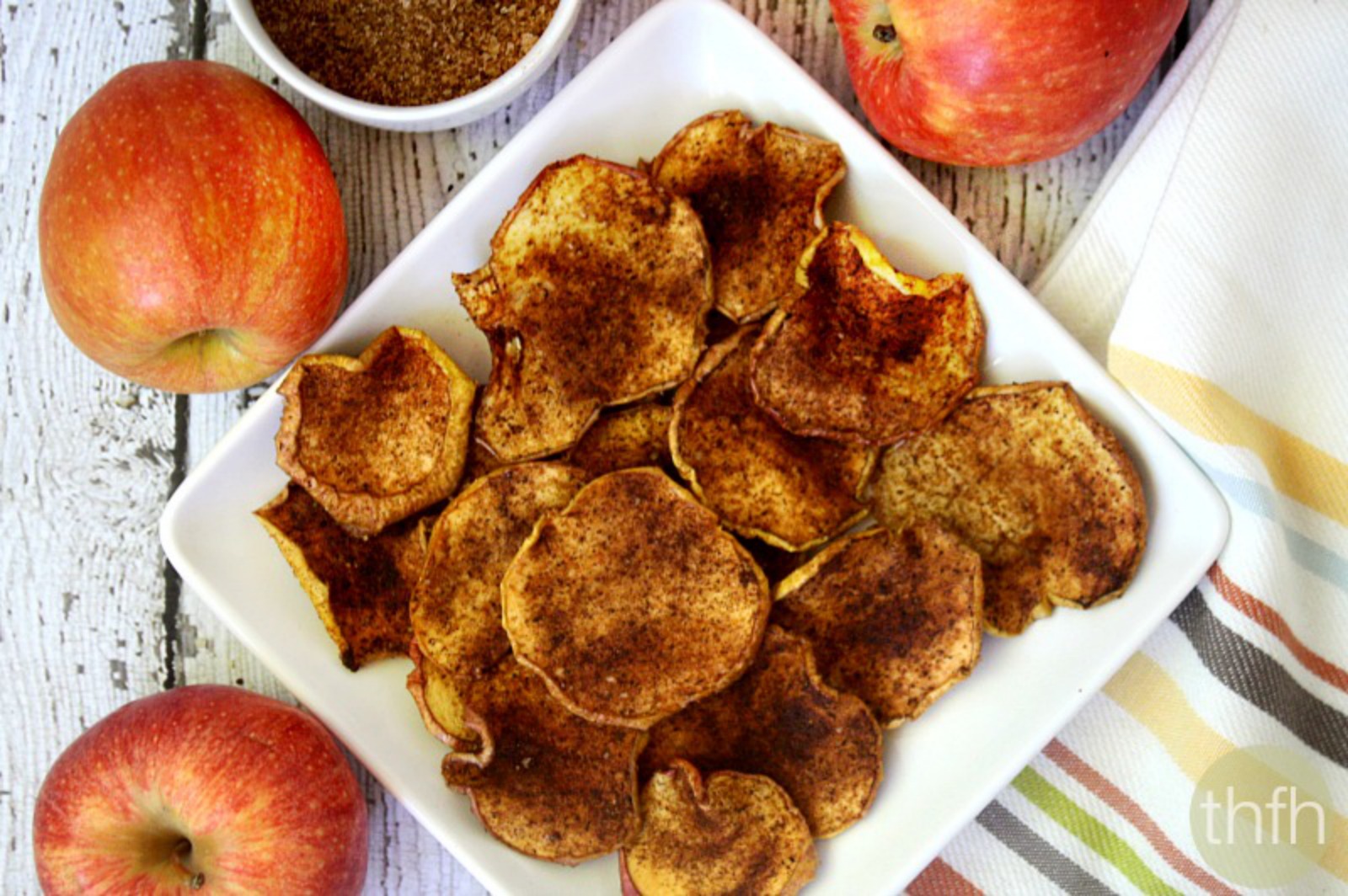 These Cinnamon Vanilla Apple Chips are the perfect anytime snack but especially so for the fall with the warm and comforting flavors of cinnamon and vanilla.