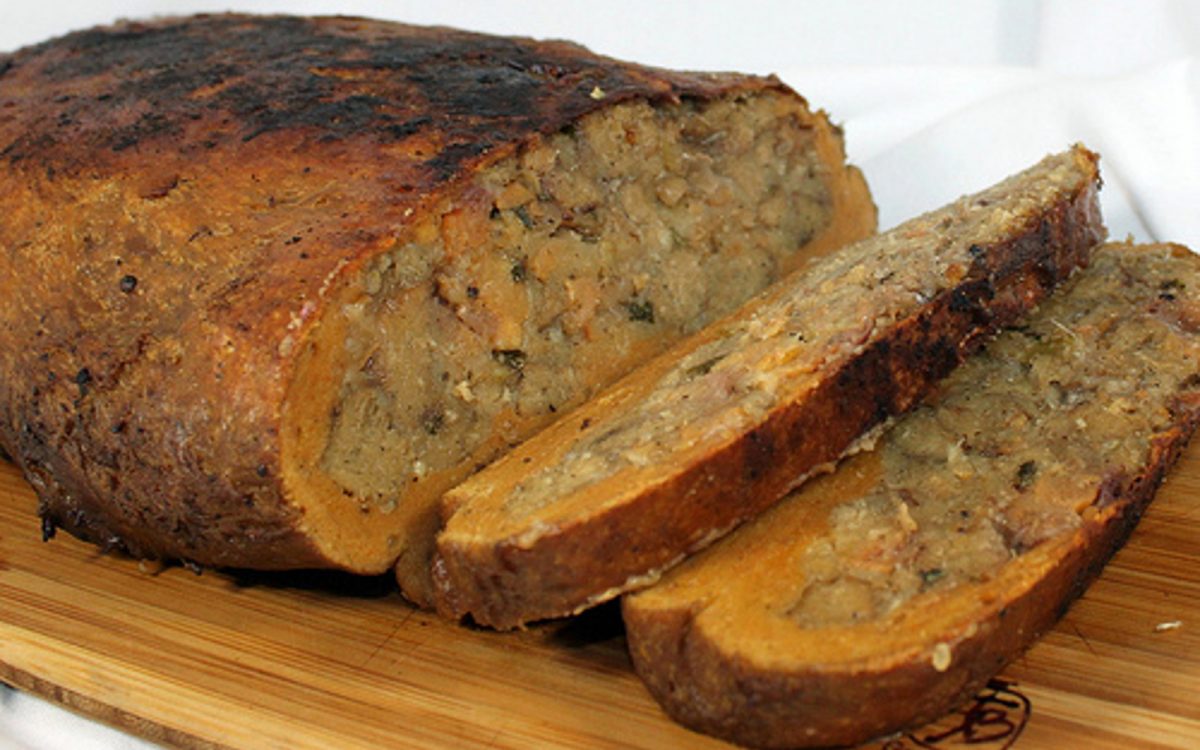 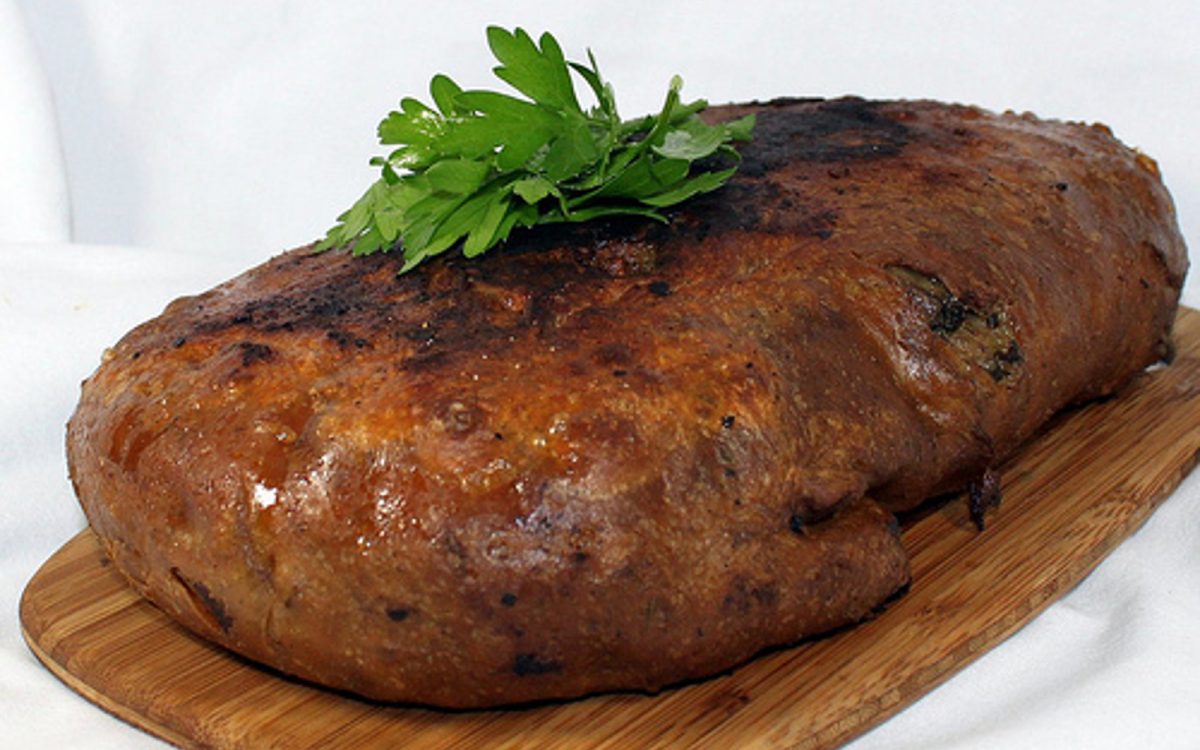 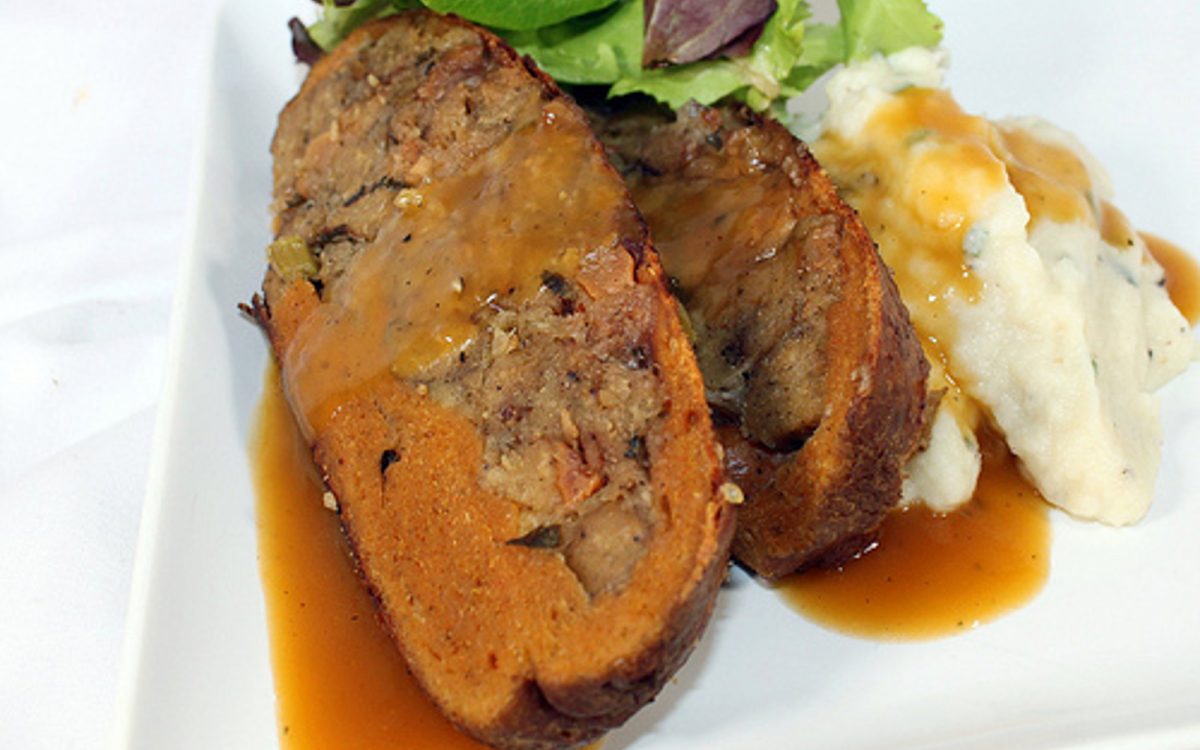 If you're serving a small party of guests for the holidays, but don't want to compromise in extravagance, make this stuffed seitan roast. This savory, meaty roast is stuffed with vegan sausage, cabbage, and dried fruit, and then braised in the oven for three hours so it's perfectly tender. As a final step, it's pan-seared and then baked again. The top is crisp, the stuffing is sweet, savory, and tasty, and it's served in a tangy onion-cider gravy.

To make the Seitan:

To Make the Stuffing:

To Stuff the Roast:

To Make the Gravy: