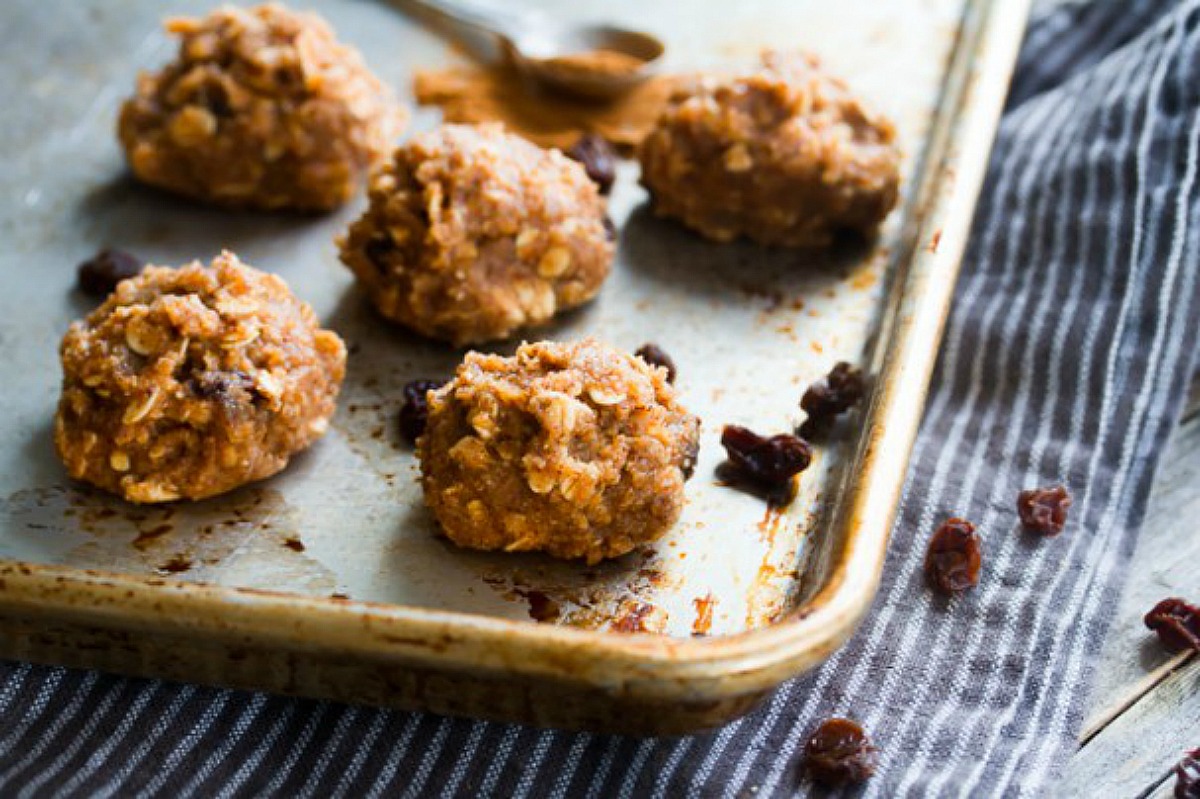 These Cinnamon Raisin Almond Butter Bites came about as an answer to a desperate (and unusual) craving for oatmeal raisin cookies. I had no interest in turning on the oven, and no interest in packing my cells full of sugar, so to the rescue: almond butter, coconut flour and some chewy gluten-free oats. They’re full of fiber and healthy fats, so even one of these little bites is enough to tell your body that fuel is abundant, things are not desperate, and that you can go back to whatever you were doing that required you to refuel. Quick post-gym snack! Easy en-route-to-work breakfast! An excuse to eat cookies!

The recipe reflects just a small batch: it makes 3-4 pieces, because I know my tendency to eat the whole entire tray regardless of how much there is, so I like to nip that ickiness in the bud by only making as much as I’d be okay with eating in one go…. if say, I did. ;) Feel free to double or triple the quantities if you’d like to make more, or if you have a voracious roommate or partner who might like to help polish these off.

Healthy plant-based recipes to nourish your body and soul.

Amy Height is the founder of From the Ground Up Wellness, a holistic nutrition practice where she helps clients nourish the body they have to uncover the body they want. She is a recipe-developing fanatic, yogi and triathlete, balancing her desire to lift heavy things with a passion for getting messy in the kitchen. For recipes and more ideas on living your most vibrant life, please visit fromthegroundupwellness.com.