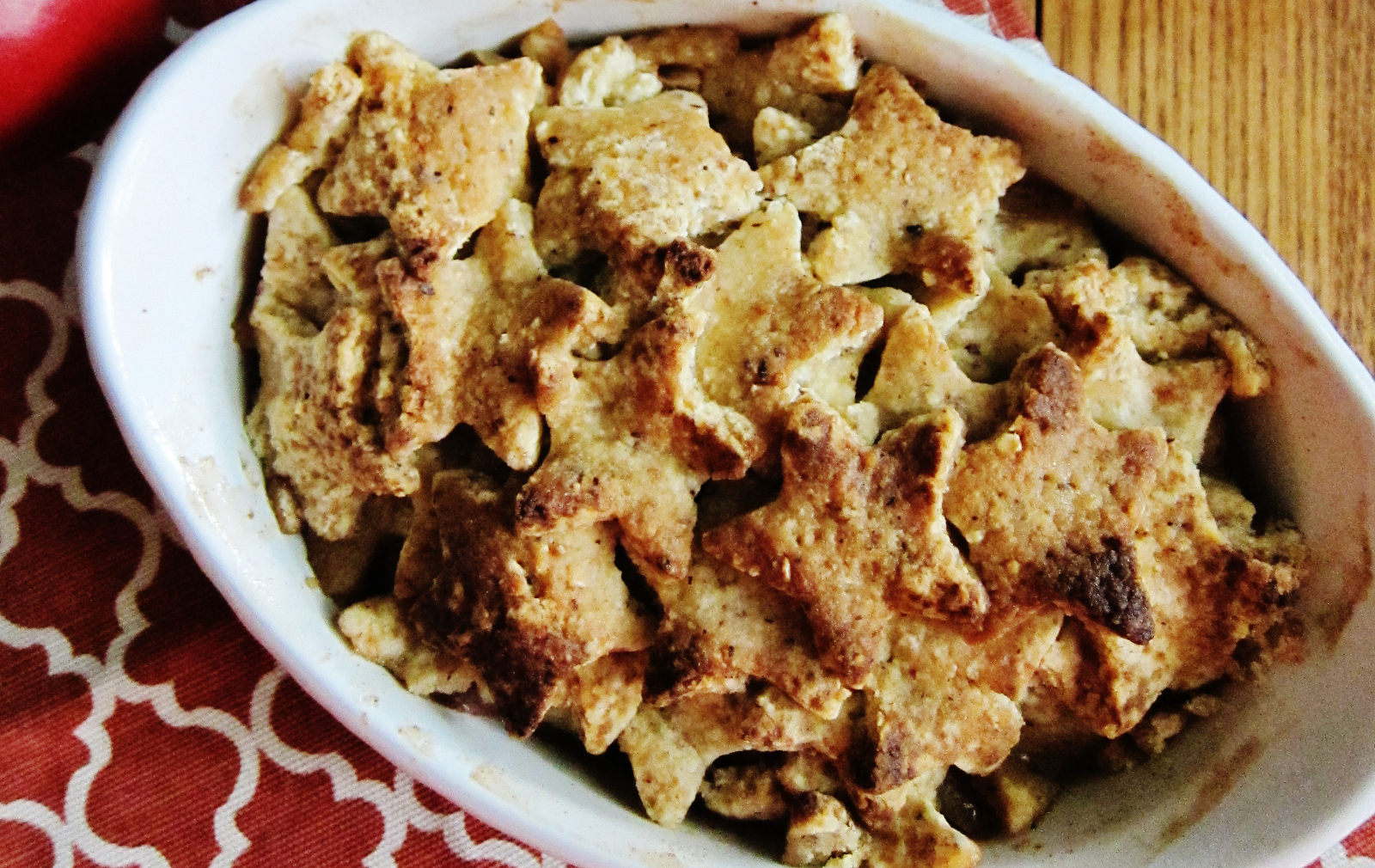 Pandowdy is pie's chronically messy twin sister: a deep-dish fruit pie with a thick top crust made of overlapping pieces of dough. This seasonal variation consists of apples and pears tossed with a generous amount of cinnamon. It's a great dessert to make if you're craving something pie-like but don't want to commit to rolling out a double crust.