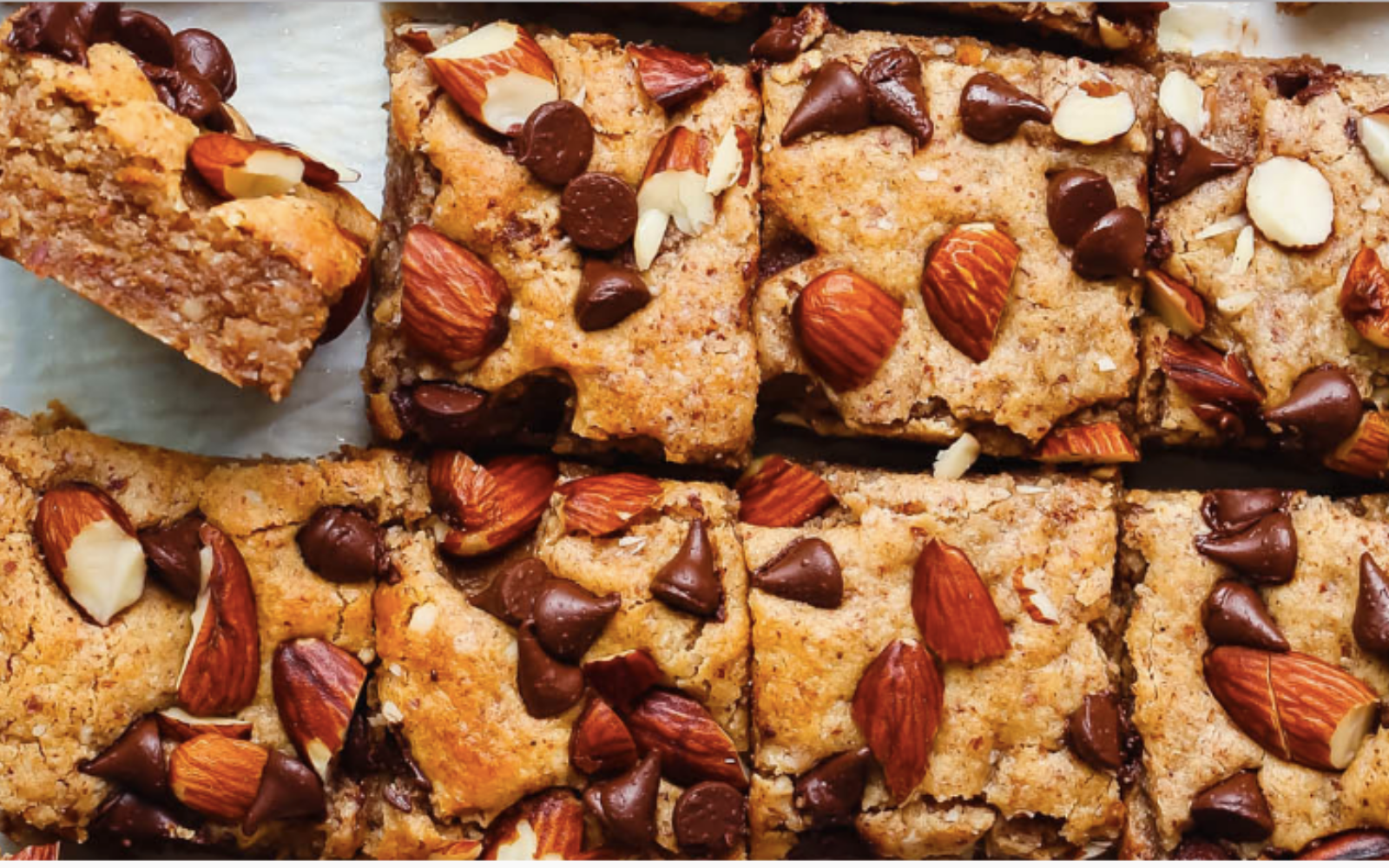 Have you tried a blondie before? They are the cocoa-less version of brownies. You won't be missing chocolate in these vegan chocolate chip blondies though! These gluten-free and vegan blondies are full of chocolate chips and almonds. Just 30 mins to prepare and 10 simple ingredients––you're gonna love them! Feel free to swap the nuts for any other nuts you fancy––pecans or walnuts would be delicious too! Whipped aquafaba makes for a lovely light texture and helps the almond flour bind together. Gluten-free vegan  chocolate chip blondies that are gooey, fudgy, and moist––what more could you want?