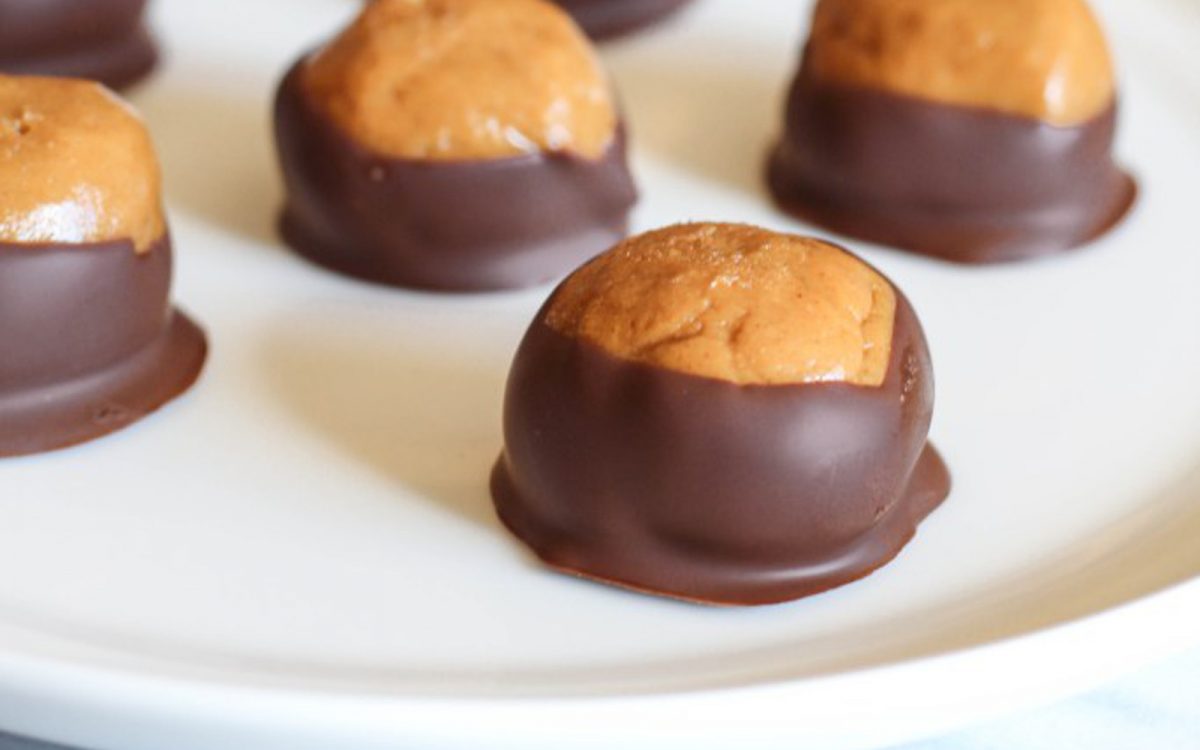 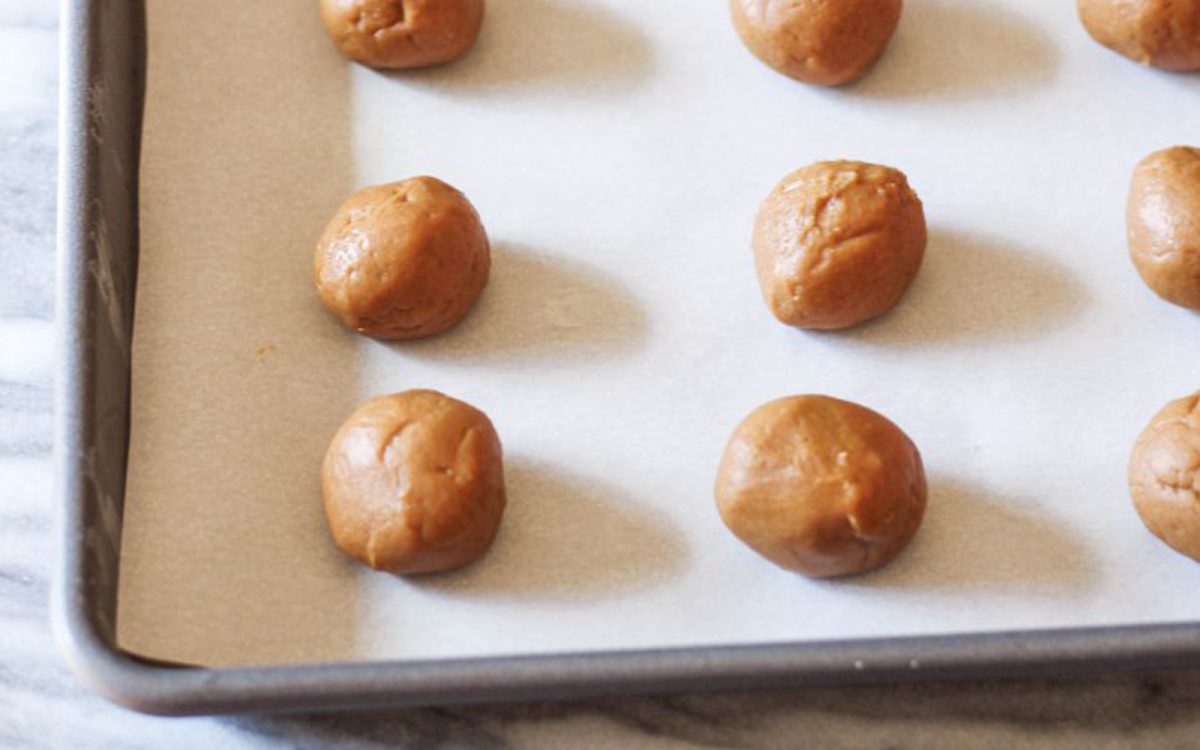 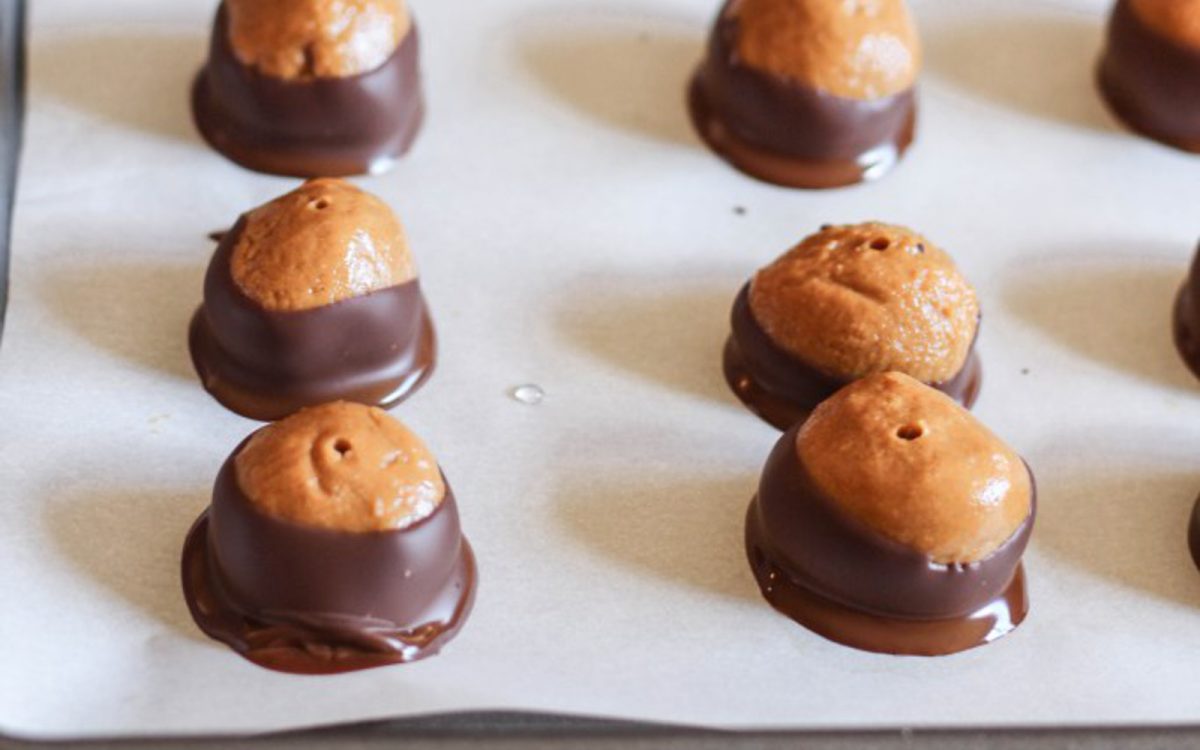 Buckeyes are a classic Ohioan dessert named for its resemblance to the nut of the state tree: the Ohio buckeye. It consists of peanut butter fudge dipped in chocolate, leaving some peanut butter visible. This version swaps out the traditional cream used to make fudge with coconut oil. It takes just two steps to make these chocolatey, peanut buttery delights, so they're easy to whip up for a party or for a quick snack at home.

Hi, I'm Liz, the writer and photographer behind Pumpkin & Peanut Butter, a {mostly} plant-based food blog dedicated to simple, healthy eats. I focus on using natural ingredients, whole grains, and plenty of plants in my recipes, and of course, peanut butter! But, above all, I believe in balance—balance in the ways we nourish ourselves, the ways we stay active, and the ways we achieve happiness every day.