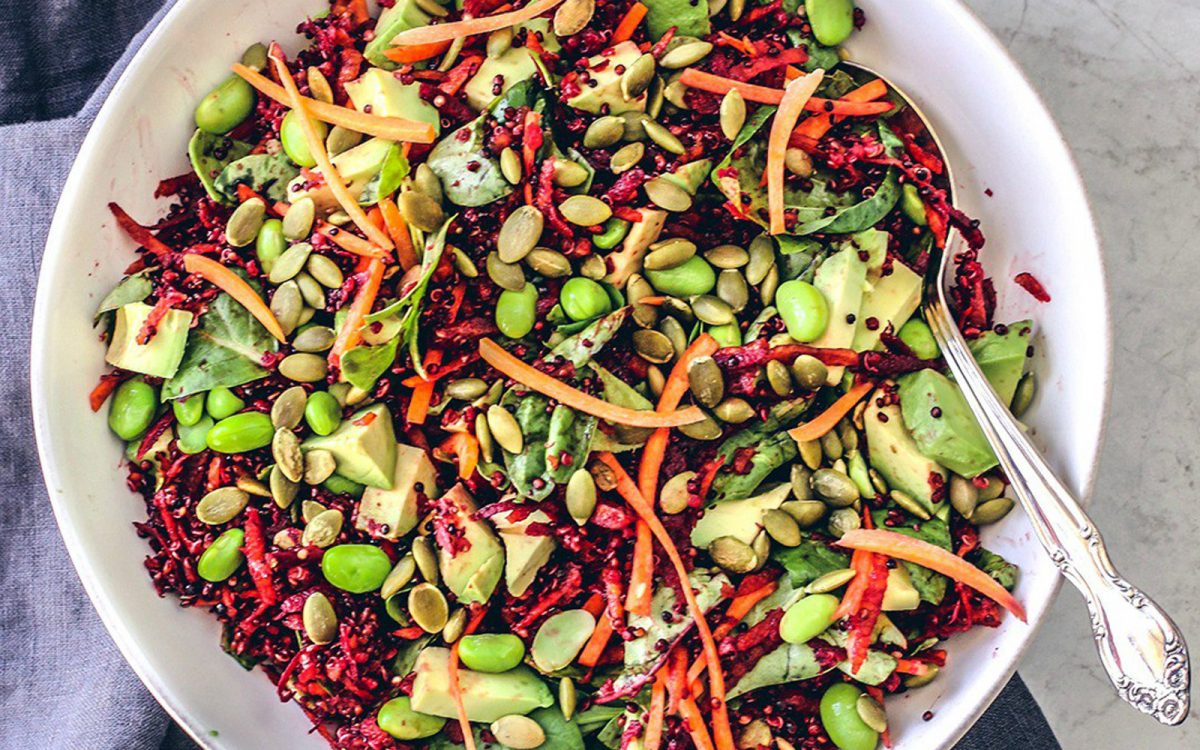 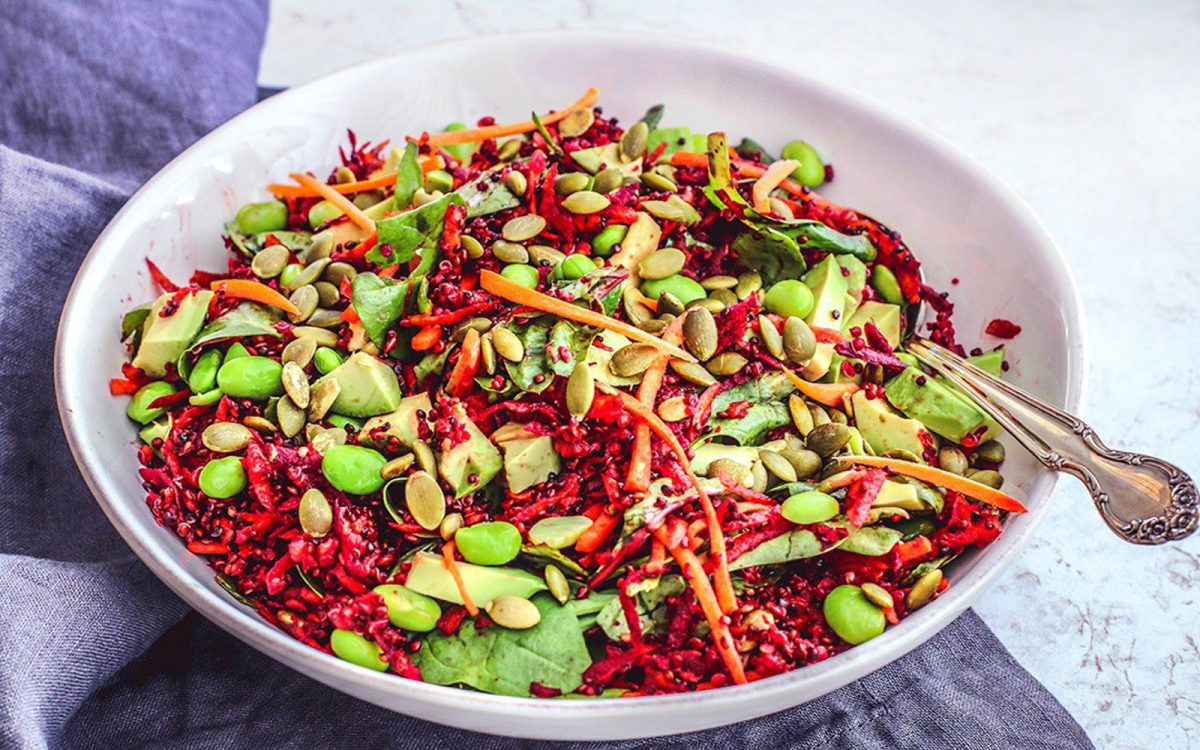 If you're getting bored of salads, get ready to get excited – this salad is anything but ordinary. Ruby red beets are shredded, then tossed in a citrusy vinaigrette along with creamy chunks of avocado, carrots, edamame, hearty quinoa, and toasty pumpkin seeds. Then, the whole thing is drizzled with a tangy, lemony dressing that will rock your socks.

I’m Dana. I share wholesome, sustainable, and approachable recipes for home cooks that want to eat smart(er). I’m a journalism grad with a healthy appetite for writing, a taste for culinary adventure, a thirst for good beers, and an endless hunger for food photography. On my blog Killing Thyme, I get to fulfill each of these passions.