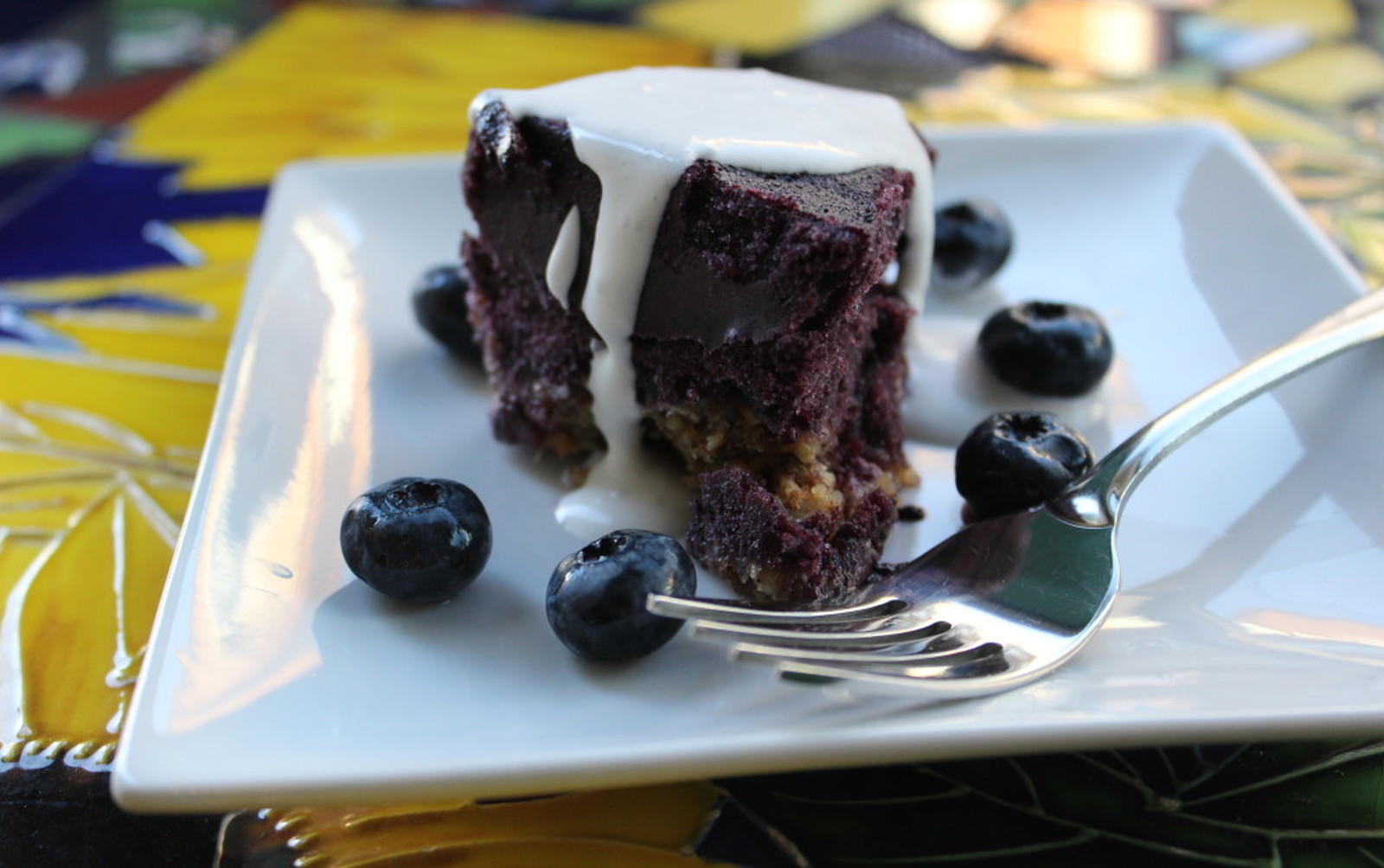 Who wouldn't want a big slice of bright purple blueberry ice cream cake? It's refreshing, fruity, and incredibly easy to make – not to mention raw and gluten-free as well!

I'm Kimmy, a holistic nutritionist and author of Rock My Vegan Socks. I'm on the path to healthy living and loving myself and I want to share my passion for kale and chocolate with you! I focus on allergy-friendly recipes and you will find some appetizing healthy eats as well as some delicious indulgences here.