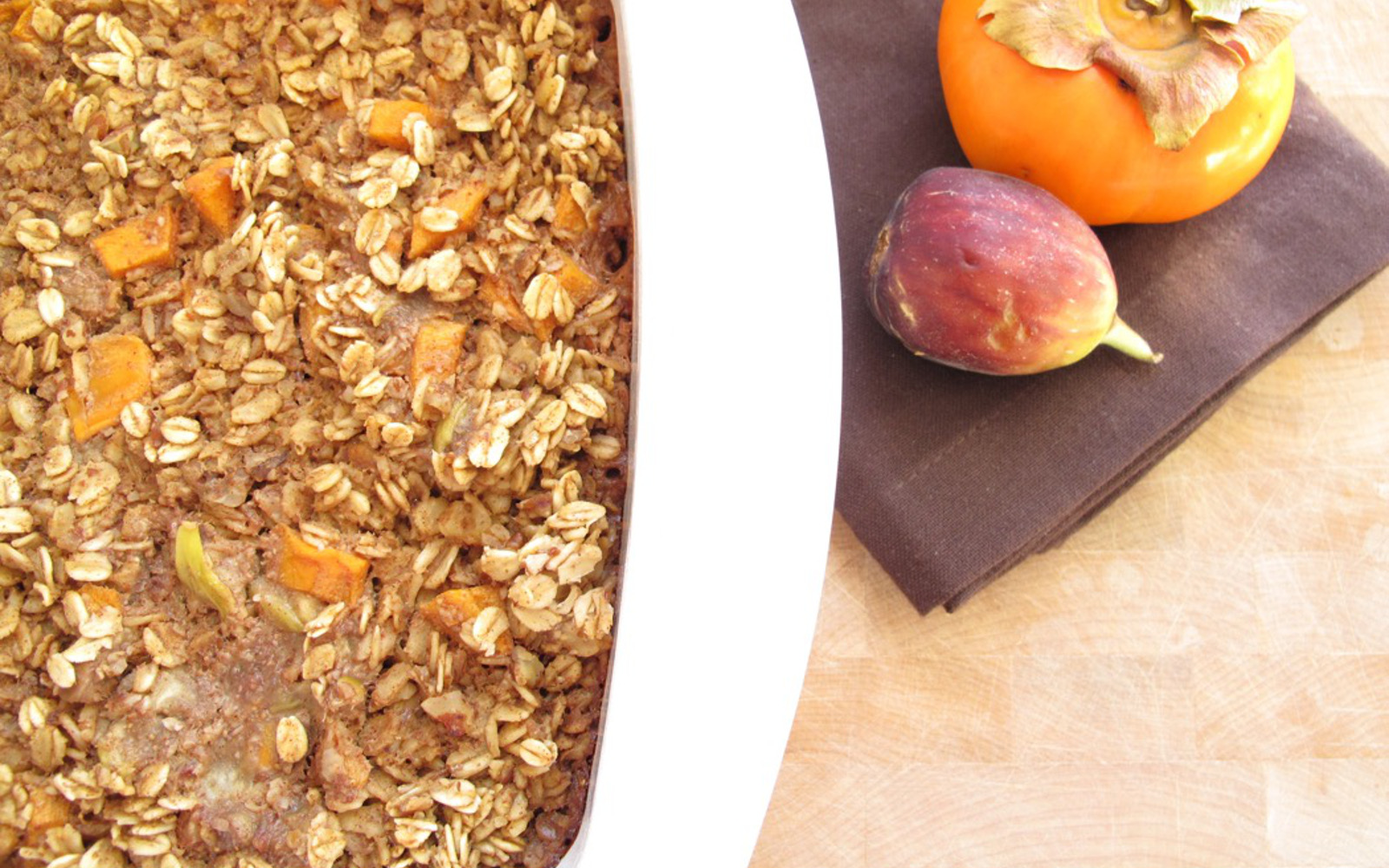 Waking up in the morning can feel like a chore. This oatmeal bake will have you jumping out of bed in the morning. The warm, caramel flavor of persimmons complement the sweet honey-like taste of figs so well in this autumn-inspired oatmeal dish!

You can use regular oats if gluten isn’t a concern. You can also sub brown sugar if you don’t mind using refined sugar, along with subbing whatever milk you drink. The original recipe called for coconut oil, so that could be used instead of the grapeseed, or you can take the oil out altogether. If you do, it may not get as browned along the edges and be a tad stickier.

Sophia DeSantis is the author of Veggies Don’t Bite, a vegan, and mostly gluten free and refined sugar-free food blog targeted to all types of eaters. She and her family strive to live a healthy and kind life without the stress of always being perfect. She is also the creator of the fabulous Overnight Oats Jar, which you can read about and purchase on her store front page.