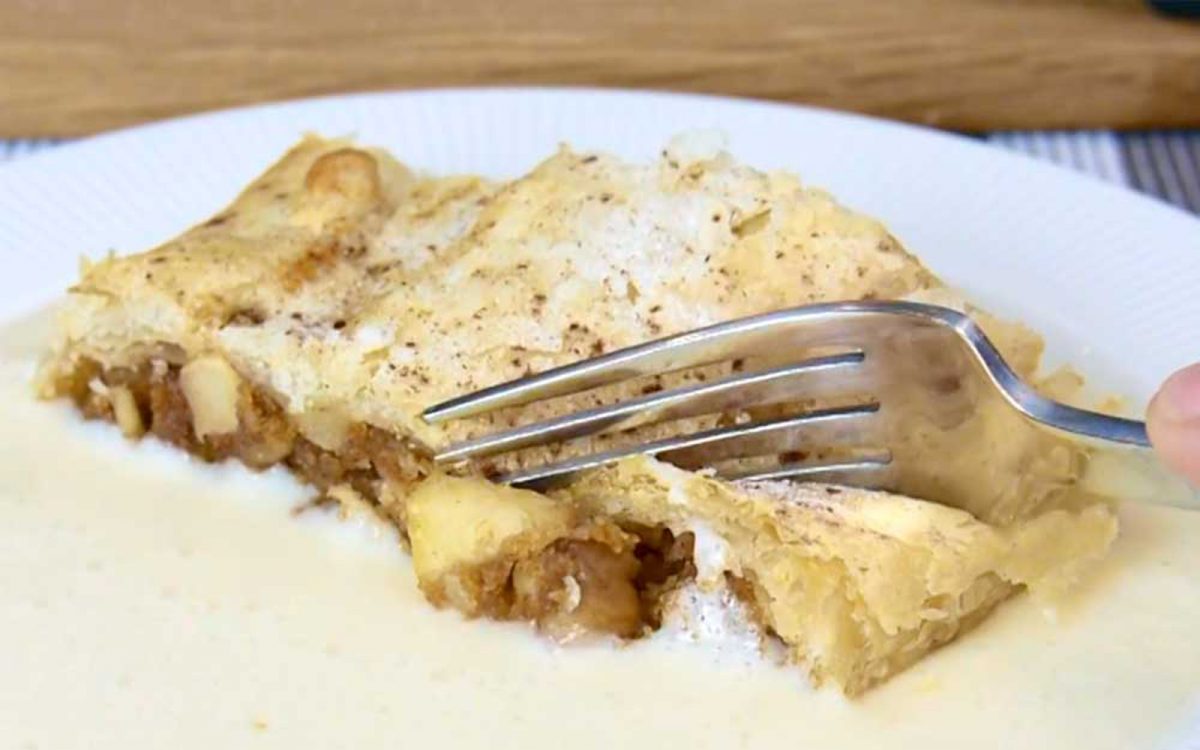 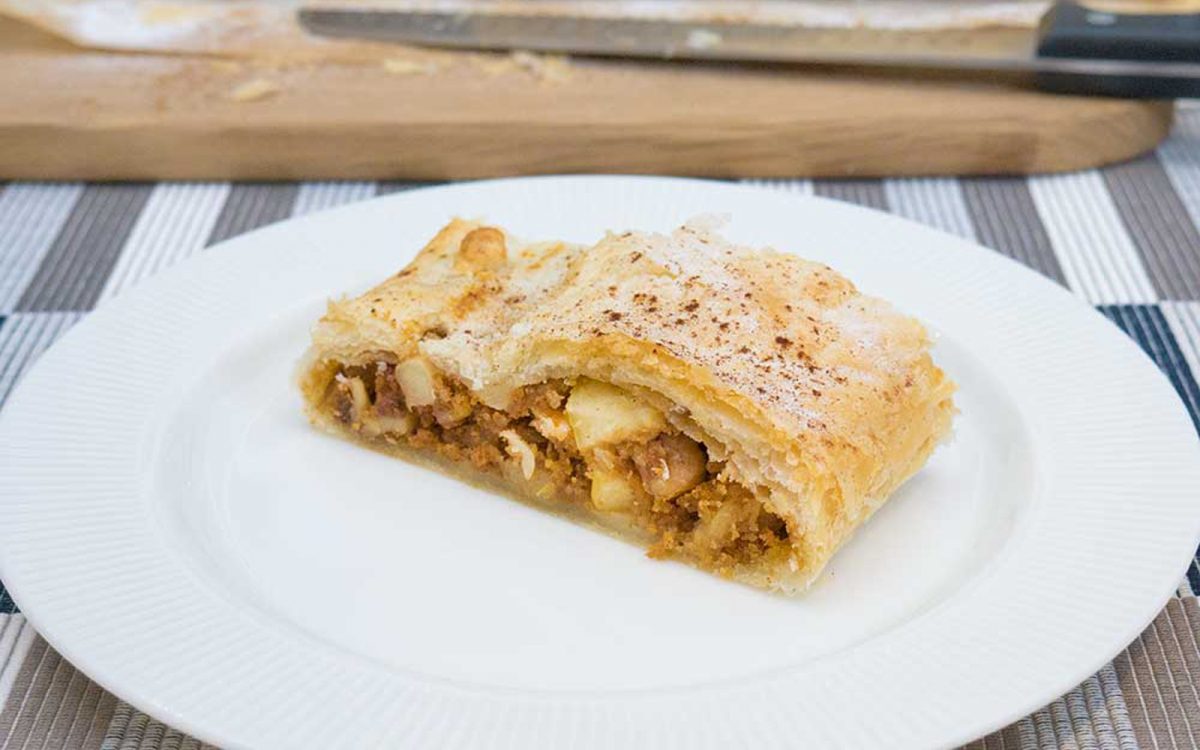 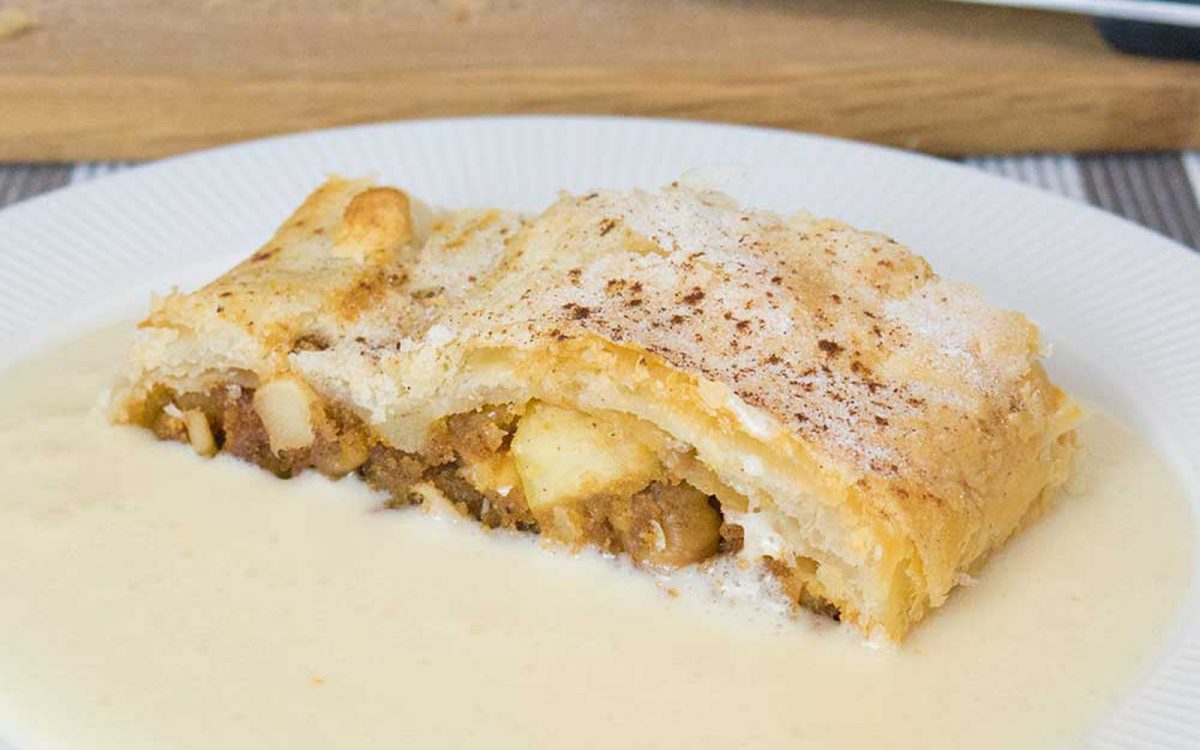 Now that autumn is here and apples are in season, what better excuse is there to have an amazing and super easy dessert.This flaky apple strudel is becomes golden brown goodness as it bakes and the fragrant, sweet scent of apples is amazing. This creamy custard could not be any simpler or more rewarding! Only 4 ingredients and it tastes heavenly!

For the Apple Strudel:

Total Calories: 1996 | Total Carbs: 297 g | Total Fat: 83 g | Total Protein: 16 g | Total Sodium: 1683 g | Total Sugar: 173 g Note: The information shown is based on available ingredients and preparation. It should not be considered a substitute for a professional nutritionist’s advice.

I am Philipp! I started this blog because I believe delicious vegan food is for everyone and I believe in being inclusive. Food is about sharing and enjoyment and I wanted to cater to all palates while showing the amazing variety of luscious vegan dishes and how easy it is to cook them.