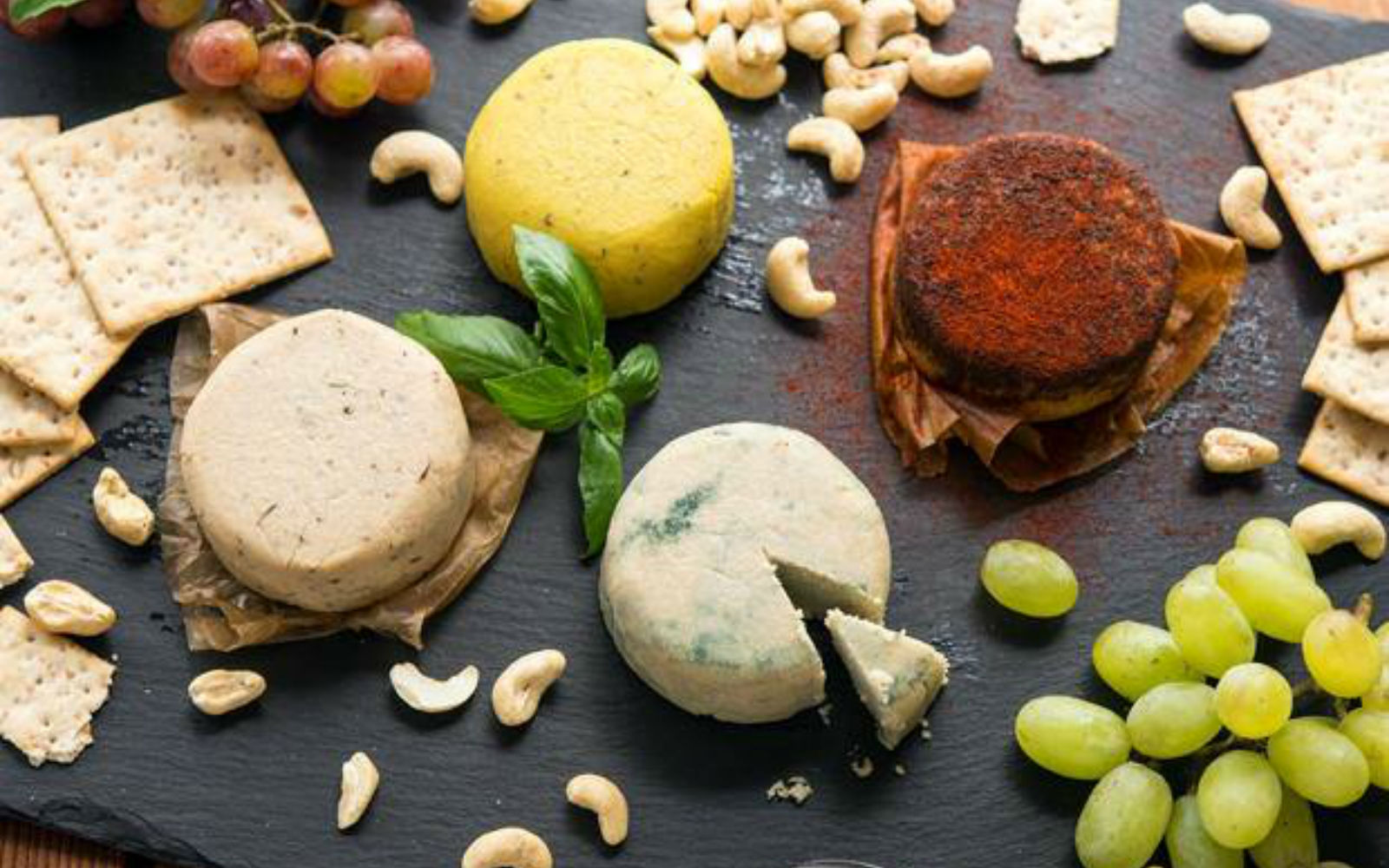 Say “cheese”! Vegan cheese, that is.

While the notion of a specialty cheese shop is nothing new, not many people — even those who follow plant-based diets, or who seek out lactose-free dairy products on the regular — can claim to have ever visited a 100-percent vegan artisanal cheese shop before. However, with dairy-free alternatives skyrocketing in popularity, not only are there more delectable vegan cheeses on the market than ever but now there are actual, brick and mortar plant-based cheese shops that exist that specialize in vegan cheeses galore.

Even though there are numerous companies that offer vegan cheeses, we decided we wanted to spotlight the few that you can actually visit in person. Hopefully, several years from now there will be an abundance of shops just like the ones we spotlighted below!

From soft and spreadable cream “cheeses” to hard, sliceable blocks of “cheese” that would make any dairy-lover swoon, these artisan vegan cheese shops have it all. Let us know if you’ve ever visited one of these shops before, and if you have a favorite one we didn’t feature this time around!

For the vegan and lactose-intolerant folk out in Los Angeles who still want to enjoy a nice grilled “cheese”, Vromage is the answer to all of their wildest, cheesiest prayers. Vromage was actually the first LA-based vegan cheese specialist, and they stock dairy-free varieties, many of which are made on site. Bonus: they also serve sandwiches and salads. With flavors like “Veganzola”, “Macon Brie” and “Vromage Blanc”, you definitely want to give this shop a try.

Connecticut has quite a gem in Three Girls Vegan Creamery. The shop, named after the three women of the Italian-vegan family who run the shop, serve Vegan Artisanal Cheeses that are 100 percent vegan, fermented, and aged naturally using only the finest organic and sustainable ingredients. We’re in love with their Pistachio, Cranberry, Fresh Thyme, Pumpkin Seed aged cheese wheels and their fresh Mozzarella “di Bufala” which would pair well in a Caprese salad. The shop also specializes in making traditional Italian dishes, only vegan! For the most amazing one-stop vegan neighborhood cheese shop, New Yorkers need look no further than Riverdel. Situated in Brooklyn’s Prospect Heights, Riverdel carries the largest selection of vegan cheeses imaginable, alongside specialty foods, fresh bread, pastries, and a whole host of gourmet vegan goodies. Looking for the perfect plant-based caviar to pair with champagne? Riverdel has your back. From their creamy and light “Billy” cashew cheese, to their aged beer cashew cheese called “Heinrich”, Riverdel has a plant-based cheese for everyone to enjoy.

Dr—Cow is a Brooklyn-based raw foods shop for cheeses, butters and milks made on-site from nuts, plus vegan pastries and granola. From flavored, creamy cheese spreads like their Cream Cashew Nut Cheese with Chives, to their Sprouted Hazelnut Chocolate Butter, there’s a vegan product for anyone, be their palates adventurous or simple. We’ve been eyeing their Reishi Mushroom Aged Cashew Cheese for some time now; what flavor calls out to you?

There are many artisanal vegan cheese shops that don’t have a brick and mortar location, but do sell widely online, such as Ste Martaen, a vegan catering and small batch vegan cheese making service that often vends and does pop ups; while they used to have a food truck route, now their truck is available for private bookings. All of Ste Martaen’s “cheeses” are vegan and 100 percent dairy, soy and gluten-free. You can purchase vegan colby, muenster, pepper jack, and olive cheese flavors from them: they truly pride themselves on doing plant-based food with incredible flavor. If you’d like to book their truck, visit them here.

Companies such as Miyoko’s Kitchen, Parmela’s Creamery, Punk Rawk Labs, Treeline, and more specialize in vegan cheese products and allow you to either buy their food items online, or else locate local stores where you can purchase their fare.

Make Your Own Vegan Cheese

Even if you’re in one of the above states or have access to artisanal vegan cheese at your local grocery store, sometimes it’s fun to get creative in the kitchen and whip up your own special plant-based cheese products. Believe us, you’re only limited by your own imagination and taste preferences when you’re cooking!

From the gluten-free Sliceable Potato Cheese by Alicja Rokicka above to Simona Malerba‘s gluten-free Herb and Pepper Labneh: Middle Eastern Cheese, there truly a stunning variety of different plant-based cheeses you could make if you so desired! Throwing a party? Why not whip up Hailee Repko‘s gluten-free Cashew Brie? Making a sandwich? This Easy Sliceable Cashew Cheese by Philipp Ertl should do the trick. You get the idea.

If you are looking for even more vegan cheese recipes to add to your repertoire, we highly recommend checking out our Food Monster App, which is available for both Android and iPhone, and can also be found on Instagram and Facebook. The app has more than 8,000 plant-based, allergy-friendly recipes, and subscribers gain access to ten new recipes per day. Check it out!